Tory leadership race: Contest of character rather than Brexit policy 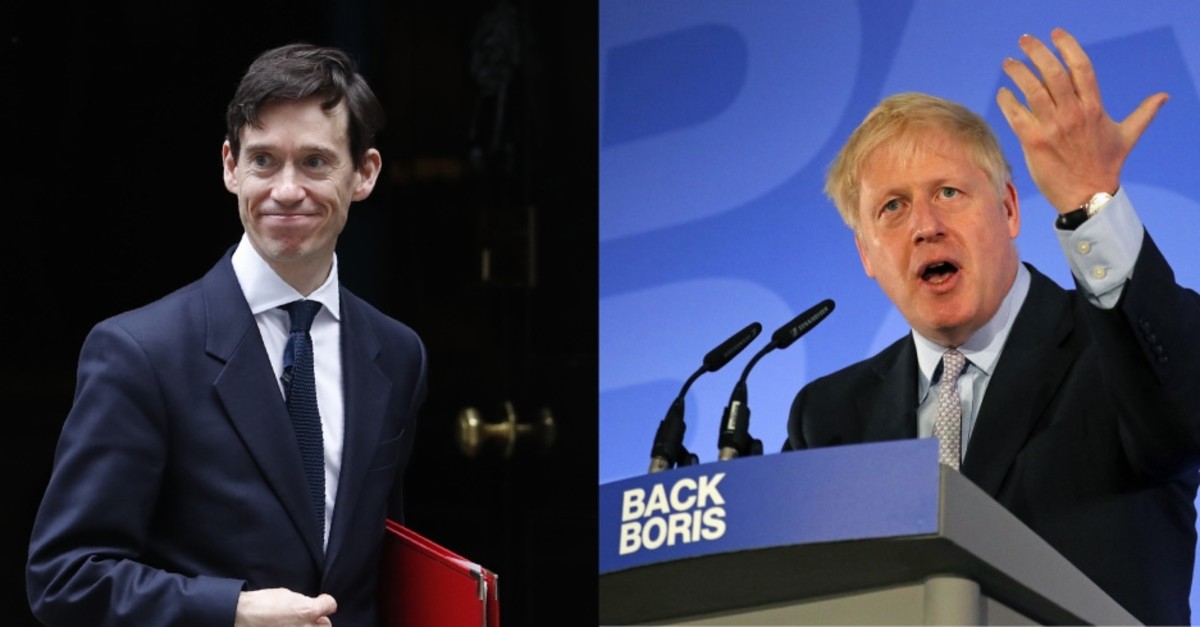 The Tory leadership race is almost coming to an end; so far it seems the most likely contest will be between Boris Johnson and Rory Stewart, suggesting a competition between arrogance and old school British political values

The Tory leadership race has proven to be a very interesting ride. And I don't say that because of the confessing-to-have-done-drugs phase the competition seems to have entered recently. Friends from far and wide have been messaging me asking: "But isn't that the guy whose book you were pushing on me a decade ago?" –meaning Rory Stewart and his Afghanistan travelogue (and not Boris Johnson and his ‘Seventy Two Virgins' about a terror plot to blow up Westminster). While the race to replace Theresa May has become a contest about who can get away with the worst crime – indeed, crimes for which British people from other classes would have ended up in jail – my experience of it has been a campaign to convince my dad that the one who looks like an emaciated marionette just might be able to beat the one with the Turkish ancestry.

For me, the contest is between the two of them, Boris Johnson and Rory Stewart, who have, respectively, the most and the least number of Conservative MPs who have declared themselves as supporters. The election will happen on July 22, and that, as events after the Brexit vote has proven, is a very long time in British politics. For those of us who feared that the antics of both Johnson and Stewart might come to an end after the vote, Stewart has given the good news that he will set up his own Ankara Assembly to Boris's Istanbul one if Johnson is elected and prorogues (fancy word for suspend) Parliament in order to have a ‘no-deal' Brexit. Which briefly reminds me that elections are supposed to be about policies, and not personalities. But I shake off that notion very quickly and return to the characters at hand.

Johnson and Stewart are two British men whose careers I've been following since well before they entered politics, as perfect specimens of what unrelenting class privilege can do to and for white men's confidence. They are also interesting to observe as variations on a theme, because not only have they been to the same high school, but they have also been to the same university, and to the same college within that university. I now entertain the idea that they might even have had the same rooms at Balliol. The Tory leadership race remains, despite the fact that it was brought about by the utter failure of the British ruling class to deal with the ‘unexpected' outcome of the Brexit elections, a contest not between the candidates' plans for an orderly Brexit, but a contest between their characters. Will the Tories prefer a man who can make the people laugh, or a man who awes them by his knowledge of the world? When Rory Stewart declared himself as candidate, he seemed an antidote to the buffoonery and brashness of Johnson, although truth be told, Boris has been toning it down a bit. Stewart, the pundits said, knew much more about the world, and was able to speak and indeed write about "far way places" without having to resort to racist jokes. A low bar to set, but there it is.

Stewart has written about his time governing a province in Iraq, and another one about the walk he did across Afghanistan right after the country was "liberated." I teach both those books and can report that he is pretty acute in his observations without being too patronizing. His stance on the West's interventionist attitude in the East has been pretty critical starting from the early 2000s when I first encountered his interviews and writing. The British public, at least a section that I am familiar with on Twitter, seemed rather excited about a Prime Minister who knew a bit about the world. What is disconcerting about Stewart is that he models himself after Lawrence of Arabia; he has even made a documentary about him, claiming him as some early non-interventionist. T.E. Lawrence did not, as we know, enter politics, and was rather disillusioned about the way the Arab revolt was resolved. With similar discontent about how the aftermath of Afghanistan and Iraq was handled, Stewart entered politics anyway. With my limited knowledge of British politics and party dynamics I was puzzled as to why they did not make him Foreign Secretary straight away, and looking at newspaper archives, I see I was not the only one.

Instead Stewart has served as MP for Penrith and The Border (doesn't the place sound like some illustrated book for teaching geography to children?) and if one followed his social media accounts, one could see that he spent most of his time trying to get WiFi for his constituents. Stewart claims Scottish heritage – something we see him point to again and again to win hearts and minds in his travels in Afghanistan and Iraq. I can imagine him channeling the character Withnail as he wonders from one unsuspecting Afghan village after another, saying to locals "I'm on a reconnaissance mission by mistake. But I'm not from… England!"

For the longest time Stewart's career seemed to be revolve around subsidiary sounding posts – Minister of State responsible for prisons? I didn't even know that existed. But the total breakup of the Brexit plan, and May continuously miscalculating the Commons leaves us where we are today; with a power vacuum at the head of the ruling party in the U.K. Imagine my glee, then, to discover that Stewart who I had for a while billed as the foreign secretary decided to play straight for the top role. Although his ‘direct democracy' tactics, such as inviting people to go debate him in Hyde Park did create a buzz at the start, he seems to be lagging in the race. There is something, one must admit, very old school about him, much more so than Johnson. It hardly came as a surprise when the drugs contest was on that Stewart admitted to opium in contrast to Johnson's (maybe) cocaine.

All that said, the party, and indeed the conservative press, still seems to be in thrall to Johnson's own self-regard that can only be matched by a professional confidence trickster. He is apparently (at least for now) for a "no-deal" Brexit, in favor of testing out what Britain can be capable of when pushed to its limits. Stewart has rightly called this attitude "damaging and dishonest" – or maybe seeing that the political posture of "England can do everything better on its own" had already been taken on by Johnson, he has opted for the rational, more establishment role of :having to work with our partners." But as anyone following Brexit will tell you positions can easily morph into one another, and the leadership contest will remain one of character. Will the Tories choose arrogance over more old school methods? Susceptible to winds from over the Atlantic more than ever, the former seems more and more likely.