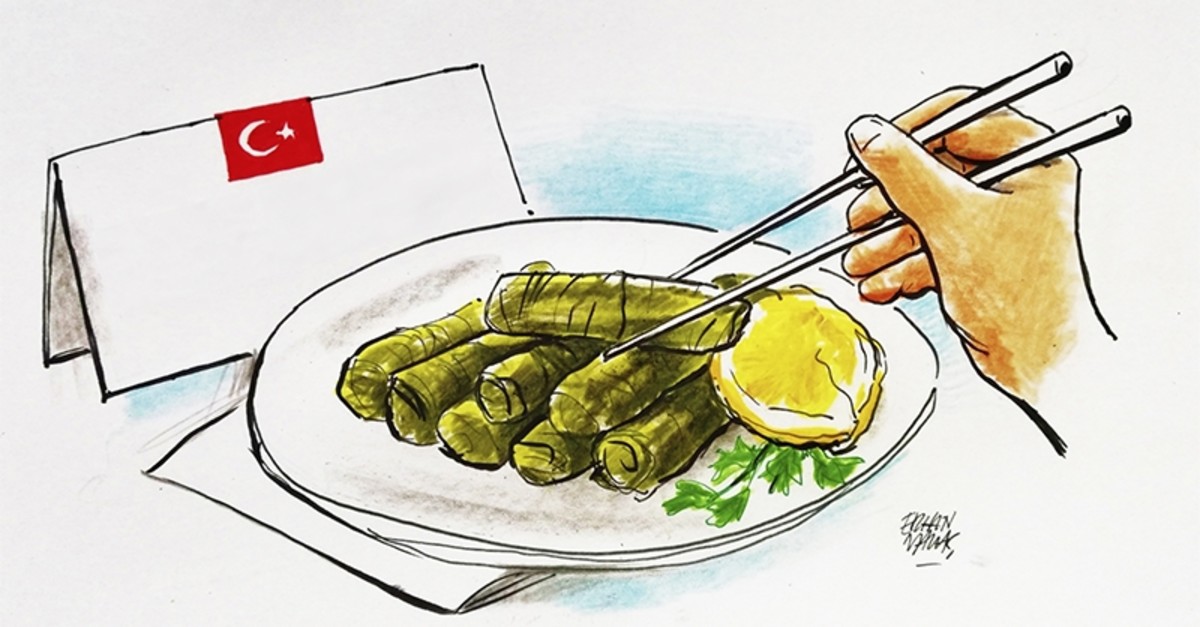 The increasing number of Chinese tourists reshapes global tourism dynamics, and Turkey must implement changes to gain a larger share of this market

China is the largest country in the world by population with approximately 1.3 billion people and fourth largest by land with approximately 9,857,348 square kilometers. China is the world's fastest growing tourism market; millions of Chinese tourists travel domestically and internationally due to its economic success over the last decades.

Although only 7% of its population have a passport, even this relatively small number of passport holders has positively impacted the global tourism sector. Chinese outbound tourism is predicted to reach over 400 million by 2030.

The total number of Chinese outbound tourists is estimated to be 148 million in 2019 and 156 million in 2020. Thus, if 50% of eligible Chinese apply for and get passports in the future, these numbers would most likely reach 600 million Chinese tourists worldwide.

The share of Chinese tourists overseas in 2016 (21%) occupied the first spot in market share in regard to international tourism expenditure, surpassing American (10%) and German tourists (6.5%). According to the United Nations World Tourism Organization, Chinese tourists spend more than average non-Chinese tourists. Therefore, it is obvious that Chinese tourists made the highest contribution to global economic tourism with their expenditures while creating millions of jobs worldwide.

Chinese tourists can be found in every corner of the world from Japan, to South Korea, Germany, England, Turkey, and from Russia to Tunisia and many others. The most popular destinations for Chinese tourists are Hong Kong, Macau, Taiwan, Thailand, Japan, Vietnam, South Korea, Singapore, the U.S. and Italy. According to a joint report by Ctrip and the China Tourism Academy, the top 10 destinations based on online bookings were Thailand, Japan, Singapore, Vietnam, Indonesia, Malaysia, Philippines, the U.S., South Korea and the Maldives.

In 2017, Thailand attracted nearly 10 million Chinese travelers, while Japan, Vietnam and Singapore hosted more than 7 million, 4 million and over 3 million Chinese tourists, respectively. The increasing number of Chinese tourists leaving for Indonesia and the Philippines, with a decline in travel to South Korea, was likely due to a dispute with China over Terminal High Altitude Area Defense (THAAD), an American missile system stationed in South Korea.

In addition to the contribution of Chinese travelers to the world economy, there are also negative opinions about their behavior when travelling abroad. According to an announcement by the China National Tourism Administration in 2016, China would blacklist inbound and outbound Chinese tourists if they commit nine types of "uncivilized behavior" during their travels. Additionally, China bars over 20 million people from buying travel tickets in accordance with social credit system according to the Japan Times News.

News about the bad behavior of Chinese tourists has been seen in several international outlets. There have been some countries, such as Thailand, that sought help from Chinese authorities. Other nations have gone to great lengths such as issuing booklets on bad behavior, such as the Hokkaido government in Japan.

Several stories about this particular incident indicate Chinese tourists arrived at the hotel before the scheduled check in time and the carelessness and negligence of the hotel customer service, causing political tension, as the Chinese government demanded an apology from the Sweden over the incident.

Countries that want more tourists should be kinder and have clear and hospitable policies towards tourists through informative booklets, signs, officers and guides.These kinds of incidents should not cause an economic and political standoff between countries. Instead, there should be social and cultural exchanges that enable countries to know and understand each other.

Therefore, there shouldn't be bias against all Chinese tourists, as all nations have people who commit bad and good behavior overseas.

Most important for Chinese tourists is the ability to use their mobile phones abroad for online/Internet transactions such as online booking, shopping and payments. They like to move quickly from one place to another rather than spending two-three nights in one place. In addition, most Chinese tourists like to spend money on beauty products and clothing. On the other hand, Chinese tourists are very selective about security at their destination, tourists' spots, in addition to the cost of traveling and so on. Furthermore, some Chinese tourists look for other things such as more freedom in social life and the advantage of longer-holidays abroad.

Therefore, a country that wants to attract more Chinese tourists needs to be more open to technological improvement and innovation in its tourism sector, i.e., hotels, restaurants, cafes, shops, recreational facilities and so on.

Opportunities and obstacles to overcome

Since the 1980s, there have been promises made by the Chinese to send nearly a million tourists to Turkey. However, this has yet to materialize. As a Turkish citizen, I believe that it is time to play a more active role in encouraging tourists from China to visit Turkey so as to fulfill the promise made by China.

There may be circles of people in China who believe there is no need for more tourists, including students and business people, from Turkey. However, it should be noted that any exchange, such as the cultural and economic realms between nations, is a great way to pave the way for understanding each other. In turn, this helps to deepen understanding in many other areas through finding common ground.

There has been a gradual increase in Chinese tourists visiting Turkey over the last couple of years. Thus, the increasing number of Chinese tourists to Turkey, and vice-versa, could very well play a positive role in eliminating the lack of understanding between the cultures of the two nations. Chinese tourists can obtain Turkish visas through the E-visa system, however this option has not been made available for Turkish citizens yet.

It should be noted that there has been news about Turkey and China in terms of safety, wars involving Turkey's neighbors and the Uighur issue in China. Despite events in the news, which could affect the way the Chinese see Turkey and vice-versa, one of the best ways to build a constructive bond between Turkish and Chinese people, as well as to find out the truth of the situation, is to actually visit each other's country.

Additionally, it should be mentioned that Muslim peoples such as the Uighurs, Kazakhs, Huis and Arabs have made weighty contributions to Chinese civilization since they have interacted with each other thanks to shared borders and meeting along the ancient Silk Road. The names of some influential contributors are Yusuf Ma Dexin, Hu Songshan and Zheng He. In addition to influential Muslims, events such as those during the period of Kublai Khan and the sacrifice of Muslim soldiers against Japanese forces in World War II. Hence, it would be beneficial to increase mutual exchanges between Turkey and China, which in turn would change any bias into favorable opinions of each other. Consequently, Turkish people would be extremely welcoming to Chinese tourists and are also expecting to visit China much more easily.