From hostility to fraternity: Turkish-Uzbek relations 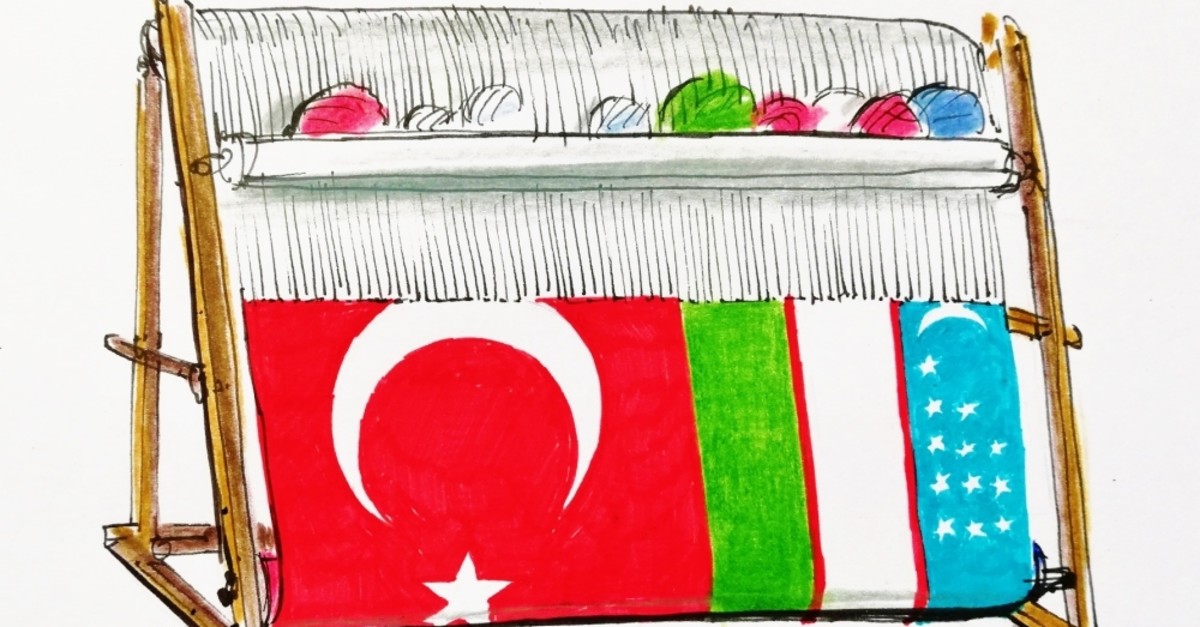 Under Mustafa Kemal Atatürk, Turkey made serious efforts to establish ties with the Turkic populations in Central Asia.

However, the closed nature of the Soviet political regime and Moscow's jealous control over non-Russian nations made any communication with the people of Central Asia difficult. In the first years after the collapse of the Soviet Union, Ankara strongly aspired to become an unofficial leader of the Turkic-speaking states in Central Asia. Therefore, the Turkish government used its soft power to increase its influence in these countries, for example, by establishing extensive scholarship programs to allow students from Central Asia to study in Turkey. As part of this policy, Turkey also expanded its television broadcasts in an effort to augment its cultural influence in Central Asia. As a consequence of the Turkish-Uzbek rapprochement, Turkey became the first country to recognize Uzbekistan after it declared independence from the Soviet Union in 1991. Apart from cultivating linguistic, cultural and historical ties, Turkey also aimed to keep close relations with Uzbekistan, given its geopolitically crucial proximity to countries such as Russia, Afghanistan and Pakistan.

Hosting an around 35 million predominantly Turkic population, deep-rooted history, rich cultural values and economic potential, and religious, linguistic, ethnic and traditional commonalities with Turkey, Uzbekistan had become a prominent ally for Turkey in the region. For instance, Islam Karimov, the first president of Uzbekistan, was also the first Turkic leader to visit Turkey, as a result Turkey and Uzbekistan formed very close diplomatic ties, establishing embassies in both countries.

During this period, Turkey continued preserving its close ties with Uzbekistan by providing the newly established Uzbek state with monetary aid and loans. In addition to this, Turkey also supplied Uzbekistan with $2 billion in military assistance to train and equip the Uzbek army in the war against terrorism.

The years of decline

However, their relations deteriorated in 1993, when Turkey offered a safe haven to Uzbek opposition leader Muhammed Salih, who ran against Karimov in the 1991 elections. Despite the fact that Salih was forced to leave Turkey due to pressure from Tashkent, the Uzbek leadership constantly accused Turkey of meddling in the internal affairs of Uzbekistan. In 2005, Turkish-Uzbek relations took a dramatic downturn after the Andijan massacre, when Turkey took the lead in condemning Uzbekistan's human rights violations. Uzbekistan responded by refusing to take part in the meetings of Turkic-speaking leaders and preventing then-President Abdullah Gul from visiting Uzbekistan. It also cut off its military relations with Turkey and became reliant on Moscow for security.

The reconciliation and rapprochement between the two countries was achieved when Shavkat Mirziyoyev took office. Shavkat Mirziyoyev became Uzbekistan's president on Dec. 14, 2016, following the death of former President Islam Karimov. In this new era, the five main pillars of the new Turkish-Uzbek relations were expected to involve culture, politics, economy, security and foreign policy.

In fact, Turkey used this change to its advantage and tried to restore ties with Uzbekistan, launching the "Greater Eurasia" project. It did this by mobilizing its population, military, and economic resources so as to create positive dynamics in the region. A crucial part of the Greater Eurasia project was set to implement a de-radicalization program that targeted those individuals who were seeking to incite civil war in the Islamic world. To better achieve this, Turkey financed the establishment of the Imam al-Bukhari International Scientific Research Center with the goal of cultivating fraternity, unity and tolerance of Islam against all kinds of destructive and extremist ideologies. Hence, it is expected that this will yet again transform Turkestan into a key actor in the Islamic world.

In October 2017, Uzbek President Shavkat Mirziyoyev visited Ankara, where he signaled a restoration of relations between the two countries since Karimov's death. In fact, ahead of his visit, Mirziyoyev signed a decree simplifying visa procedures for Turkish citizens and mandating visas to be issued in three days. Following this, the Uzbek parliament approved a visa-free regime for Turkish citizens, on Feb. 3, 2018. In fact, this officially marked the end of fratricidal quarrel between Turkey and Uzbekistan, which lasted more than 20 years.

In this regard, Mirziyoyev stated at a joint press conference in Ankara that, "This 20-year break is already seen in our eyes, showing how much we have missed each other, the fact that we are understanding each other without pronouncing a word just by looking into each others eyes means really a lot." These fraternal words have a prominent place in the bilateral agreements between the two countries, committing them to 35 joint projects, worth over $3.5 billion, in the construction of power facilities, road infrastructure, manufacturing of textiles, electrical equipment, building materials, food and agro-industry. Apart from this, Turkey also re-initiated its strategy of institutional exchange and relaunched the Turkish International Cooperation and Coordination Agency (TİKA) in Uzbekistan. TİKA's experience and know-how are expected to pave the way for Turkey to open a new phase in Turkish-Uzbek relations. It should also be noted that Uzbekistan has similar institutions that can work closely with their Turkish counterparts. For instance, the Uzbek Presidency for Turks and Related Communities (YTB) cooperates with the Turkish Ministry of Foreign Affairs, the Directorate of Religious Affairs, TİKA, the Council of Higher Education (YÖK), the Yunus Emre Institute and the Public Diplomacy Office.

Nevertheless, Uzbekistan is not a hassle-free country and yet again, Russia stands as Turkey's main rival on its path to penetrate Uzbekistan culturally and economically and to provide it with military assistance when necessary.

As Eurasia Analyst Eşref Yalınkılıçlı argues, this is mainly because Uzbekistan's foreign policy is hemmed between Russia and China, while its economy needs to be further developed. However, Yalınkılıçlı continues, Turkey can still play a significant role in helping Uzbekistan emerge as a strong economic partner so that both sides benefit. In fact, today Uzbekistan positions itself as a new market for Turkish soft power and for a possible Turkish Norm-Entrepreneurship. However, the drawbacks in Turkish economy and a possible shift of axis in Turkish foreign policy hinder Turkey's potential to outperform Russia's influence in Uzbekistan.

In this regard, it is essential to note that as Turkey distances itself from its traditional Western allies and their sociopolitical standards, it has led many Uzbeks to question if Turkish cultural activities in this country include adequate universal values. This is mainly due to the fact that Uzbek people are wary of distressing economic conditions as well as constant restrictions on their freedom. Thus, although they embrace Turkey as the opening gate to the West, which stands as the only fraternal country that would bring Uzbekistan closer to Western norms and standards, Turkey's continuing jostling with the West minimizes its potential to perform such a role.

Consequently, such diminution in Turkey's reputation particularly in the eyes of the Uzbek people would not only put an end to Turkey's own plans of becoming an influential actor in Uzbekistan, but would also result in losing the hearts and minds of Uzbek people that are looking up to Turkey in hopes it would bring about change.

Particularly, as the problem of brain drain soon hit the shores of Turkish Republic, it has resulted in young and brilliant people leaving the country in droves. Indisputably, this obstructed Turkey's hand in incorporating its talented and well-educated people in strategically important decision-making process.

So far, Turkey's efforts to use its potential to wield its soft power and to surpass Russia's influence in Uzbekistan proved fruitless, due mainly to the abovementioned problems Turkey faces.

However, it can be said that Turkey has not missed the boat yet. Notably, if Turkey manages to restore meritocracy in state institutions and assign technocrats and specialists on Central Asian sociocultural and political issues, it is highly likely that this will no doubt maximize Turkey's potential to alter the long-standing status-quo in its favor. This is achievable for the country, only if Turkey perceptively proceeds with its policies, and intelligently utilizes its socio-economic and human resources with regard to these policies.