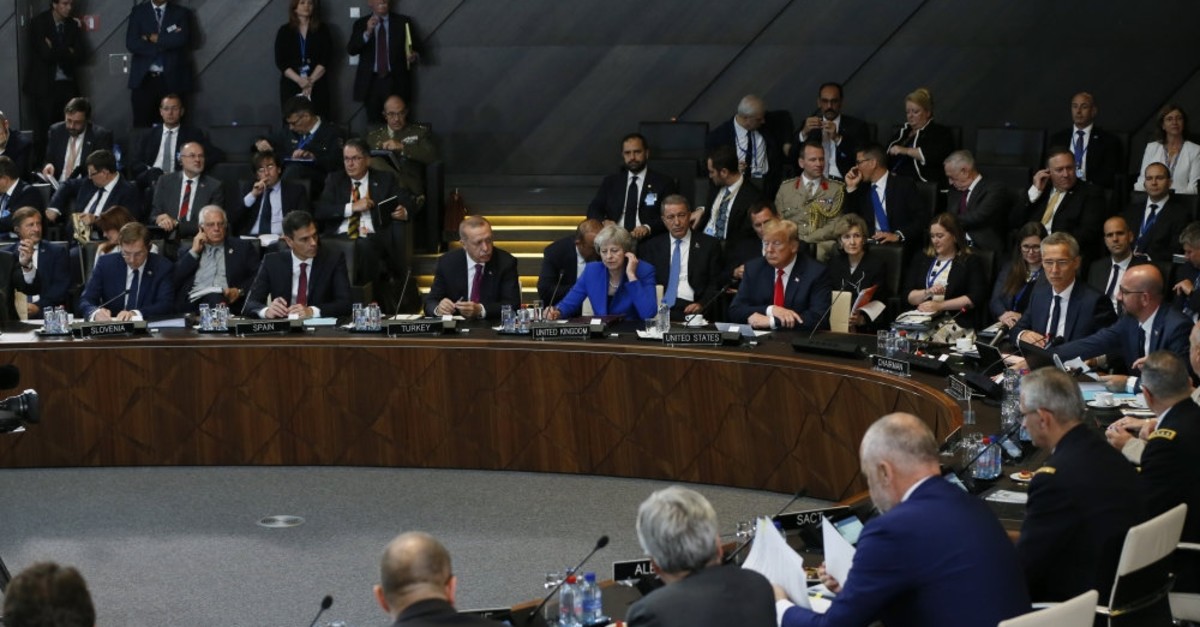 The U.S. is unacceptably violating the alliance relationship with Turkey when it comes to the S-400 deal. However, Turkey will show unity, resist every kind of assault and win in the end

My previous column was entitled "Looking beneath the S-400 issue." Of course, this wording did not mean that the S-400 issue is underestimated or regarded as a mere detail. Rather, it was meant to point out that the S-400 crisis was part of a wider picture which also includes the Middle East/Israel and, surely, the Eastern Mediterranean issues in general.

Following that piece, U.S. Secretary of Defense Patrick Shanahan sent a letter to Defense Minister Hulusi Akar on June 6. It was ensured that the letter was leaked to the media. The U.S. secretary said in his letter that they took a decision after Turkey announced that it had sent military personnel to Russia for training on the S-400. Briefly stated, Shanahan declared that unless Turkey cancels the purchase of the Russian S-400 air defense missile system by July 31, 2019, it will be excluded from the F-35 project, which is described as the world's most advanced fighter jet.

Another senior Pentagon official, Deputy Assistant Secretary of Defense for Europe and NATO Andrew Winternitz, stated at a Pentagon briefing that they took Turkey's sending personnel to Russia for training as an important signal, and that this development was a great signal for them to take action, to show that they were serious, and confirm their position that the S-400s and the F-35s cannot operate together.

However, President Recep Tayyip Erdoğan and U.S. President Donald Trump had a telephone conversation on May 29, in which they agreed to set up a "joint working group" on the S-400s. The two leaders will probably have a face-to-face meeting, on the sidelines of the G20 summit of leaders in Osaka, Japan on June 28-29, trying to set a stop-loss point before relations further deteriorate. At least, that's what some wrote and talked about.

Though it's impossible to know the background, I was surprised to see that the U.S. expected Turkey to cancel the S-400 purchase. It seems that a host of clear statements from President Erdoğan, government spokesmen, Foreign Minister Mevlüt Çavuşoğlu, Defense Minister Hulusi Akar, and Justice and Development Party (AK Party) officials were not interpreted properly.

Another conclusion is that President Erdoğan has not been correctly analyzed yet. In fact, the U.S. administration has such valuable figures like James Jeffrey, the U.S. special representative for Syria, who know Turkey very well. If these people had been consulted, I think they would have made it clear that President Erdoğan is no Abdel-Fattah el-Sissi (the Egyptian president) and does not bow to threats. Perhaps they did explain this, but their words fell to deaf ears.

What did they expect? That the threats, "We won't give you F-35s, we will impose sanctions, and devastate your economy" would deter Turkey? And this at a time when two major terrorist groups afflicting Turkey are protected by the U.S. And at the end of a process that proved the July 15 coup had been cooked by the Atlantic bloc.

Every reasonable country would like to get on well with such a big and mighty power as the U.S and Turkey is no exception. Conflict brings no good to anybody. Besides, the convergence of the U.S. and Turkish interests is much easier than that of many other countries. Turkey is not fond of being at odds with the U.S., either. And the reverse should hold as well.

But if you cross red lines, Turkey's reaction will be different from that of Egypt or other satellites. Turkey will resist every attack on its self-existence regardless of where it comes from, take measures and develop policies. You cannot help a terrorist group, which has waged war against Turkey and killed thousands of civilians, gain statehood of sorts in northern Syria. Nor can you host the leaders of the Gülenist Terror Group (FETÖ). Naturally, Ankara rejects the ludicrous arguments made to justify all this.

Turkey cannot go on without an air defense system being just beside the Middle East. It's impossible to enhance its air defense by flying F-16s or F-35s. Turkey should definitely acquire these air defense systems. In the past, the U.S. refused to sell Patriot missiles to Turkey. Patriot batteries were withdrawn from Turkey during the most dangerous phase of the Syrian war. After a series of negotiations with French, Italian, Chinese and Russian producers, the Russian offer was found satisfactory as the ultimate deal that included technology transfer and joint production.

It's the U.S. administration that missed an opportunity in this process. The U.S. has made a choice and launched a design initiative in the Middle East. And this, in turn, has serious consequences for the security, self-existence and interests of Turkey. Israel's security and U.S. interests were matched with utterly flawed logic and a shortsighted view. The aim is to design countries in a very authoritarian manner.

I believe Turkey has already discarded the F-35s. This loss can be compensated in some way. Turkey cannot remain open to invasion or stop being a sovereign country in exchange for the F-35s. A genuine ally would not leave Turkey defenseless. There is no other explanation for this other than sheer ill will.

But the U.S. has embarked on a risky endeavor that extends beyond Turkey. These irresponsible and irrational moves may cause the Western alliance to collapse.

In fact, Turkish-American relations have seen many crises. The most famous is the so-called "Johnson Letter" in 1964. The letter included threats that if Turkey intervenes in Cyprus to stop the massacre of Turkish Cypriots by the Ethniki Organosis Kyprion Agoniston (EOKA), a Greek Cypriot terrorist organization, it will not be permitted to use American weapons and denied help against a possible Soviet attack. Ten years later, Turkey conducted the needed operation in the island and faced embargoes and various sanctions, which failed to change its course.

İsmet İnönü, the prime minister at the time, made a famous remark upon the Johnson Letter, "A new world order will be established and Turkey will take its place there."

The U.S. has unacceptably violated the alliance relationship. Turkey will resist every kind of assault in unity and win in the end. But it's uncertain what the U.S. can do to make up for the loss of Turkey.