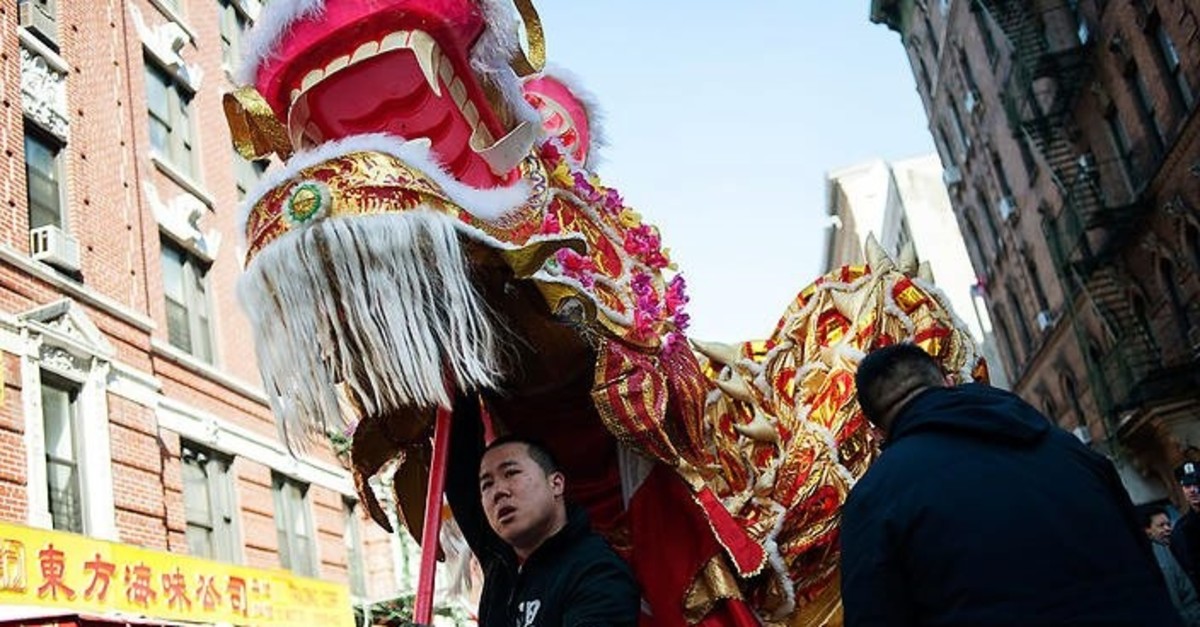 International institutions are ideal platforms that bespeak the constitutive norms and power balances across the globe at any given time. The way key global actors perceive them speaks volumes about their legitimacy and sustainability.

Just as the United States, the leading power of the liberal international order, responds to the meteoric rise of China matters to the future of global politics, the strategies Chinese decision-makers adopt vis-à-vis the existing global institutions would simultaneously speak a lot to whether the years ahead would portend to stability and chaos in great power relations.

Deciphering the codes of how China relates itself to the existing global institutions would shed light on the dynamics of China's approach to the emerging world order. As the tension between China and the United States has tremendously increased in recent years, in particular due to Donald Trump's "America first" mentality and Xi Jinping's predisposition to pursue assertive policies abroad to strengthen the legitimacy of the Chinese Communist Party at home, deciphering the codes of China's approach toward global institutions might be of help in forecasting the future of the most important dyadic relationship ever seen in history.

Conceptually speaking, Chinese decision makers could adopt three alternative strategies vis-à-vis the current global institutions, many of which came into existence in the immediate aftermath of World War II under the stewardship of the United States. These strategies are spoiling, co-optation and transformative balancing.

According to the spoiling strategy, China would do its best to make sure that established Western powers do not utilize existing international institutions for their own benefits. Not only would China avoid contributing to the provision of public goods through established international institutions, but it would also spoil policies of Western powers within them. From this perspective, China would consider the existing global institutions as potential avenues through which Western powers could potentially stymie China's rise in global politics. Because such institutions were midwifed by the victorious powers of the Western world with the sole purpose of helping perpetuate and legitimize the Western primacy in global politics, Chinese elites would suspect they would accommodate the rising China.

There are two variants of the spoiling strategy. On the one hand, Chinese decision makers might simply ignore the existing global institutions and construct their interactions with the outside world the way they see fit. Here, China would not feel itself under the responsibility of contributing to the public goods which are already provided by the existing global institutions. From this perspective, Chinese decision makers would simply offer made-in China policies on issues concerning global problems. Rather than working within the already existing institutional platforms, China would simply offer its own remedies. Any particular effort to streamline Chinese policies with those of other actors within the existing institutions would be tantamount to China accepting their legitimacy.

On the other hand, Chinese representatives might use their presence within existing institutional platforms to make sure that they do not work properly. Here, China would frequently resort to vetoes or other tools to ensure that existing international institutions do not make decisions in favor of Western powers. The veto power that China holds within the United Nations Security Council is the most important institutional prerogative that China currently enjoys. From this perspective, China's goal would be to help deconstruct the legitimacy of existing international institutions by contributing to their malfunctioning.

Second, China might adopt the co-optation strategy vis-à-vis the existing institutions, thereby China would gradually become incorporated into the established institutions and modify its foreign and security policy preferences accordingly.

Here, Chinese authorities would simply assume that becoming part of the existing institutional structures and adopting their norms would eventually yield much greater benefits in the medium and long terms. This process might eventually result in China becoming one of the established powers. From this perspective, Chinese leaders would likely see China's incorporation into the existing global institutions as a force multiplier in China's efforts to consolidate its global power status.

The Chinese elites, who are predisposed to believe in co-optation, share the view that China's road to great power status and its current accomplishments could not have been achieved had China not adopted an opening strategy in late 1970s, set in motion an export oriented growth strategy and established close economic and strategic relations with the United States either multilaterally or bilaterally. The most exemplary indication of the success of the co-optation strategy would arise if China transformed into a liberal democratic polity alongside its capitalist economic development.

Finally, there is the strategy of transformative balancing. As commonly used in the field of international relations, balancing against other states is the most commonly observed security practice in an anarchic international environment. Balancing can be both internal and external. Internal balancing occurs if countries balance against others through the mobilization and improvement of their internal capabilities. Improving hard power capabilities, namely economic and military, would be the main course of action in this regard. In case internal capabilities are short, countries might alternatively resort to external balancing in such a way to secure the help of third parties.

Balancing can also be hard and soft. Hard balancing consists in efforts to form military alliances against perceived threats. Here, security interests would be defined divisively and in a zero-sum manner. Soft balancing on the other hand would prioritize the utilization of nonmilitary instruments and policy coordination.

This logic suggests that China would view the United Nations or other Western-led international organizations as institutional platforms within which it could balance against the United States by coordinating its policies with those of others which are also discontent with American actions.

Taking an active stance within the existing institutions would simply provide China with the tools to make sure that its voice be heard more loudly. The logic underpinning the transformative balancing strategy is different from the logic that colors the spoiling strategy.

In the former, China would still view the existing global institutions, such as the United Nations, as legitimate but increase its efforts to ensure that their policies and actions reflect its priorities and interests. In spoiling strategy, China would simply take aim at hollowing the existing institutions from within.

Put differently, in transformative balancing China would not let the established Western powers shape the priorities of the existing global organizations at the expense of its interest. To give an example, Chinese authorities would incessantly demand that China's voting rights within the International Monetary Fund or the World Bank increase or that a Chinese national lead these institutions.

On the other hand, even though both co-optation and transformative balancing strategies foresee China intensify its efforts within the existing global institutions to make sure that it has a say in the process of shaping their policies, the emphasis on China's distinctive and independent security interests is much more pronounced and visible in the strategy of transformative balancing than co-optation.

The second variant of the transformative balancing strategy concerns China's attempts at bringing into existence rival international organizations that would theoretically speaking reflect China's interests and priorities much better than the existing global institutions.

The formation of the Shanghai Cooperation Organization, the BRICS (Brazil, Russia, India, China and South Africa) bloc, the New Development Bank, the Asian Infrastructure and Investment Bank and the Belt and Road Initiative (BRI) all attest to China's determination to help create alternative institutional structures that could offer China-friendly solutions to global public good problems.

The crux of the issue here is that such transformation without effort does not signal a Chinese desire to help delegitimize the already existing global institutions. Instead, here China would simply try to complement them with new institutional platf

orms that would pay more attention to its concerns than the others.

On the basis of the evidence provided by Chinese international behavior over the last decades, one could convincingly argue that in all of the strategies mentioned above, Chinese leaders seem to have prioritized the transformative balancing strategy over others.

Neither has China put spoiling the existing global institutions at the center of its foreign policy nor it has adopted a wholesale acceptance of the westernization-via-modernization strategy as suggested by the co-optation strategy.