Kazakhstan an example for democratic transition 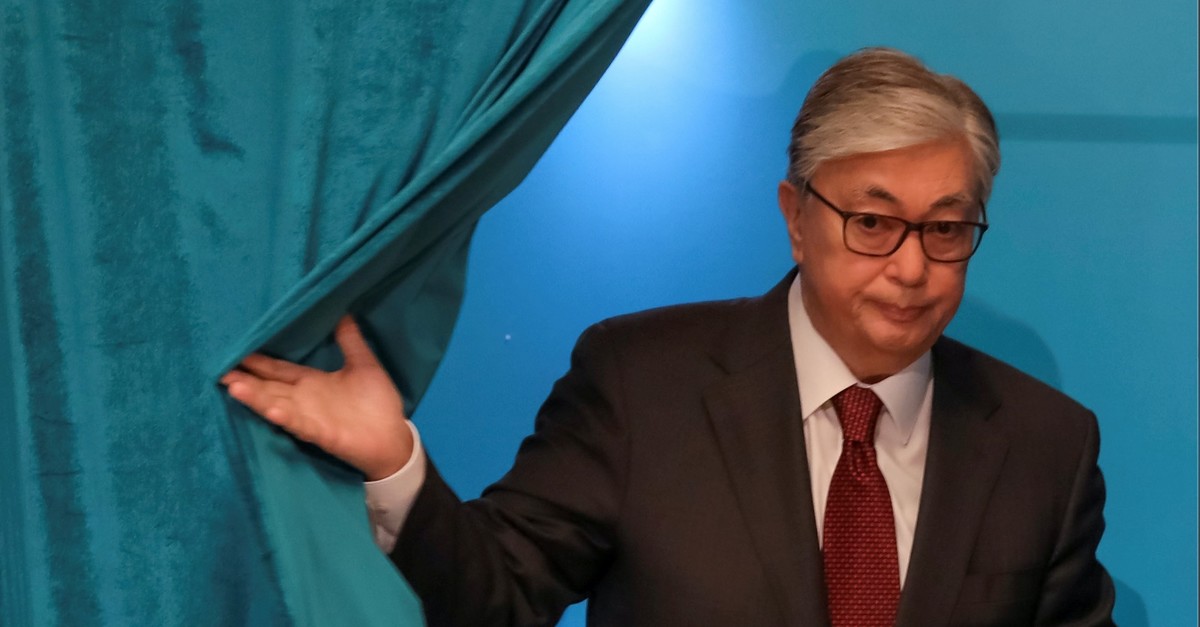 As one of the most stable and successful post-Soviet countries, Nazarbayev's handing over power to Tokayev in Kazakhstan means a continuation of the political and economic development needed to become a full democracy

On June 9, 2019, Kazakhstan held presidential elections. For the first time since 1989, former President Nursultan Nazarbayev was not on the ballot as he announced retirement in March 2019. Nazarbayev is the founding father of modern Kazakhstan. He was the first and only president of the country for almost 30 years since coming to power before its independence as the secretary of the Communist Party on June 22, 1989.

Nazarbayev and Kazakhstan have accomplished a lot. Since independence in December 1991, Kazakhstan has been the most successful country in Central Asia, perhaps in Eurasia. Unlike Kyrgyzstan or Tajikistan, Kazakhstan was able to avoid political unrest and instability.

Kazakhstan was able to keep its 130 ethnic groups living in harmony without exposure to ethnic conflict or separatist movements, unlike many post-Soviet and socialist countries. Kazakhstan accomplished a lot in state and nation building and largely prevented social unrest.

Economically, unlike Uzbekistan and Turkmenistan, the country has successfully accomplished a transition from the Soviet system economy to market economy and achieved a private property regime. With an annual growth rate of 7 percent, Kazakhstan currently holds two-thirds of the total GDP in Central Asia alone.

With a multi-vector foreign policy, Kazakhstan has maintained good relations with Russia, America, China and Europe. By hosting many international summits such as Expo 2017 and Astana Talks, the country has strengthened the image of a peaceful and stable power.

Astana also assumed the leading role together with Ankara in activities to strengthen the Turkic World.

Founding fathers often face dilemmas since they create a cult around their personality to unite the country. By doing this, political institutions remain weak.

They inadvertently weaken the country by weakening the institutions. Another significant feature is their term of office extends when they die or are ousted.

Nazarbayev did not have to worry about being ousted since his power remained solid. However, he did realize that he had grown tired and was getting old. He chose the third option and resigned from day-to-day governing, which is quite tiring, but did not relinquish all his power.

He will remain as head of the Security Council and as chairman of the ruling Nur Otan Party. By doing this, he saved his legacy as the first president. This is also good for Kazakhstan. He will ensure the smooth transition of power to a new generation of leadership. The country will not descend into chaos created by the power struggle after its strong president passes away.

After Nazarbayev's resignation, Kassym-Jomart Tokayev, speaker of the Senate at that time, became the interim president for the remainder of his term, which would expire in March 2020. However, in April, the snap presidential election was announced to be held on June 9. Seven candidates were on the ballot. Besides Tokayev, the other six candidates were largely unknown to Kazakh voters. Additionally, Nazarbayev openly expressed his support for the handpicked 66-year-old career diplomat Tokayev.

And as expected, Tokayev was elected as the new president of Kazakhstan with nearly 71 percent of the votes.

The opponents have denounced the election as unfair, prompting public protests despite Kazakhstan's restrictive laws on freedom of expression.

The transition of power peacefully is itself a major accomplishment. Many Western democracies took hundreds of years to fully establish themselves, and the first condition of democracy is maintaining political order.

In the absence of political order and the presence of civil and ethnic conflict, a democracy cannot flourish. As a new country with only 27 years of independence, Kazakhstan accomplished a lot in raising the living conditions of its citizens.

Of course, Kazakhstan has issues like any other nation, and the presence of protests is a good sign that the citizens are aware of these issues and letting the government know and do something about these issues.

With Tokayev's election and Nazarbayev's supervision, we can assume that the country's domestic and foreign policies will remain the same. This has reassured the international community and foreign investors.