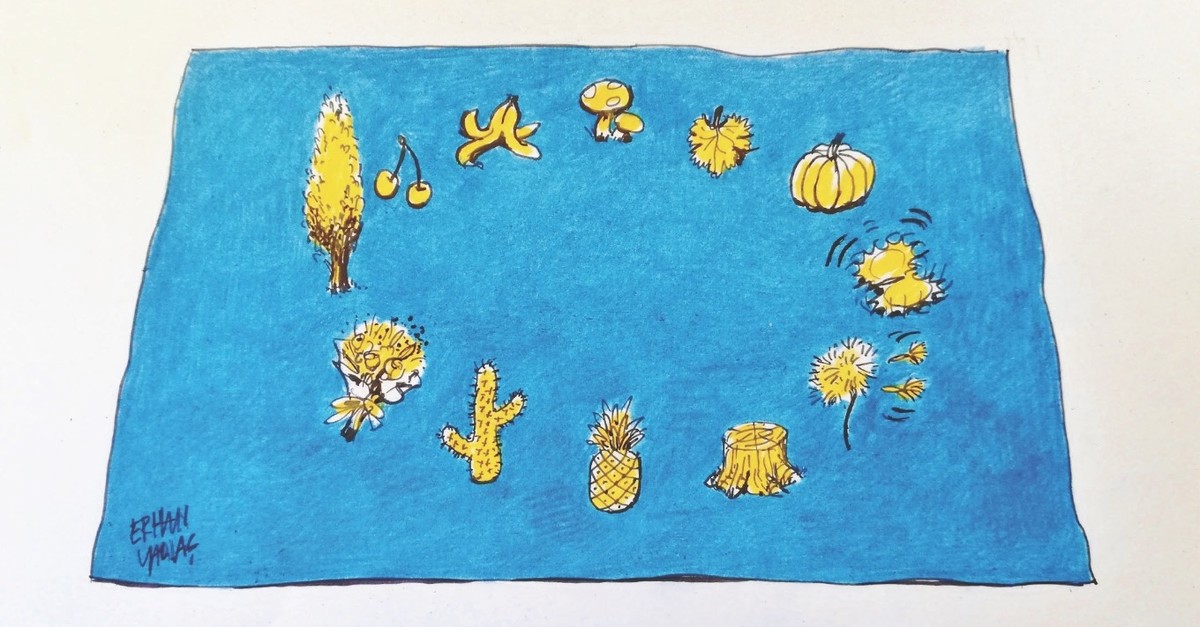 The results of the European Parliament elections are an obvious indicator of the problematic political atmosphere of the West. The rise of the far-right Alternative for Germany (AfD) in Germany, the representation of ultranationalist movements in the governments of Poland and Italy, the stellar rise of the far-right and far-left in France, the Brexit decision of the United Kingdom and countless similar political incidences have formed the base for the existence of this problematic atmosphere.

The effects of the sociological transformations happening throughout the world and Europe in politics can be evaluated in the light of the European Parliament elections by looking at the results from an entirely different perspective contrary to the other political analyses published in media outlets.

As it can be seen from the example provided above, these incidences happening in the last few years cannot be evaluated as examples of populism taking place in random countries all over the world; in fact, they are clear indicators of the existence of an international populism phenomenon.

An interview given by sociologist Andreas Reckwitz, which was published in Stern magazine in Germany prior to the European Parliament elections, contains some critical clues for understanding the outcome of the election. In his interview with Stern, Reckwitz talked about the effect of the class transformation on mainstream political tendencies and the existence of a balanced middle class during the period between World War II and the '80s. This period gave hope for the future and with it came an equally distributed and high living standard.

Industrial output was the center of social life and shaped daily life during this period. Today, transformation toward the post-industrial era, aka a "knowledge-based economy," has tremendously accelerated.

Reckwitz discussed the idea that homogeneous communities are fading; consequently, rather than a well-balanced and distributed "old school middle class" today, the middle class has evolved into something else, and three classes of people have been emerged out of yesterday's middle class.

First, let's discuss the existence of a "new" middle class. A person belonging to this class is well educated and has a certain amount of academic background. This class also has a wide array of career possibilities and can be called a class who is conducting studies on a knowledge-based economy." According to Reckwitz, this new middle class could be deemed the winner of the post-industrial era.

The "new" middle class could also be considered a class who has embraced the fact that education is more important and has stayed in harmony with the concepts like the liberalization of the society, globalization and digitalization.

Second is a new group of people in low-paying, physically intense jobs. Unqualified workers of a factory or a delivery boy working for a pizza restaurant are exemplary members of this class. This new low class perceives their own life as worthless and insecure. Members of this class led a modest middle class life in the past, but today are a lower class than they were in the past, with very-low paying jobs. The reasons behind all of their problems are related to decreasing industrial output.

Between these two classes, there is also a class who shares the characteristics of the "old" middle class. Members of this class are less educated, conservative and traditionalist and they are living in small towns and villages. Members of this class can earn good wages even in today's world. Semi-skilled workers of the German automotive industry who have a profession are typical examples of this class.

In today's world, members of this class are effected by the possibility of job loss and the lack of social prestige. The academically heavy policies of the post-industrial era are driving the value of their education even lower and creating pressure in society on this group.

Before the post-industrial era, everyone, including a construction worker, bank clerk or a scholar, was defined under the umbrella of middle class; meanwhile in the postindustrial era, this middle class is divided into three different classes.

In this context, far-right parties are promising to go back to the "good old days" without mentioning post-industrial terms like globalization, transformation or dynamism in the world, information technologies and innovation that took the place of heavy industry. Through this rhetoric, they are winning over the "old school middle class" and "low class" voters.

These parties are misinforming people who lost their jobs and are having difficulty finding a new one or people who cannot buy a home due to a lower wage compared to their past experience by telling them that immigrants or refugees are to blame. But in reality, these problems were caused by advances in robotics and digitalization in general.

In contrast, the well-educated members of "the new middle class" have embraced globalization and harbor more liberal attitudes, both economically and culturally, because of fact. Members of this class are generally supporting green and liberal movements. Mainstream conservative or social democrat parties of the old-school middle class are the real losers in this process, and their voter base is constantly shrinking. As the difference between "the new middle class," "the old middle class" and the "lower-middle class" becomes more evident, the voter base of the mainstream parties will continue to shrink.

The mainstream conservative alliance of the Christian Democratic Union (CDU) and the Christian Social Union (CSU) was preferred by 25 percent of the participants of the survey, and the far right AfD got third place with the support of 13 percent of the participants. The Social Democratic Party (SPD) got saw 12 percent support in the survey, the Free Democratic Party (FDP) 8 percent and the Left Party got 7 percent. These results are obvious reflections of the tendencies of the community. These vote percentages show that the confidence of the voters toward mainstream parties is fading and that governments do not have the correct diagnoses for the solutions of Europe's basic problems.

The increased support for the far-right, Greens and liberal parties and shrinking voter base of mainstream parties should be evaluated within the scope of this information. To summarize, the liberal paradigm is in crisis and the consequences of this crisis will be observed both in the political and social arenas. If politics in Europe cannot create a solution, this situation will definitely affect the future of the European Union negatively.