Trump chasing the Persian lion to hunt the Chinese Dragon 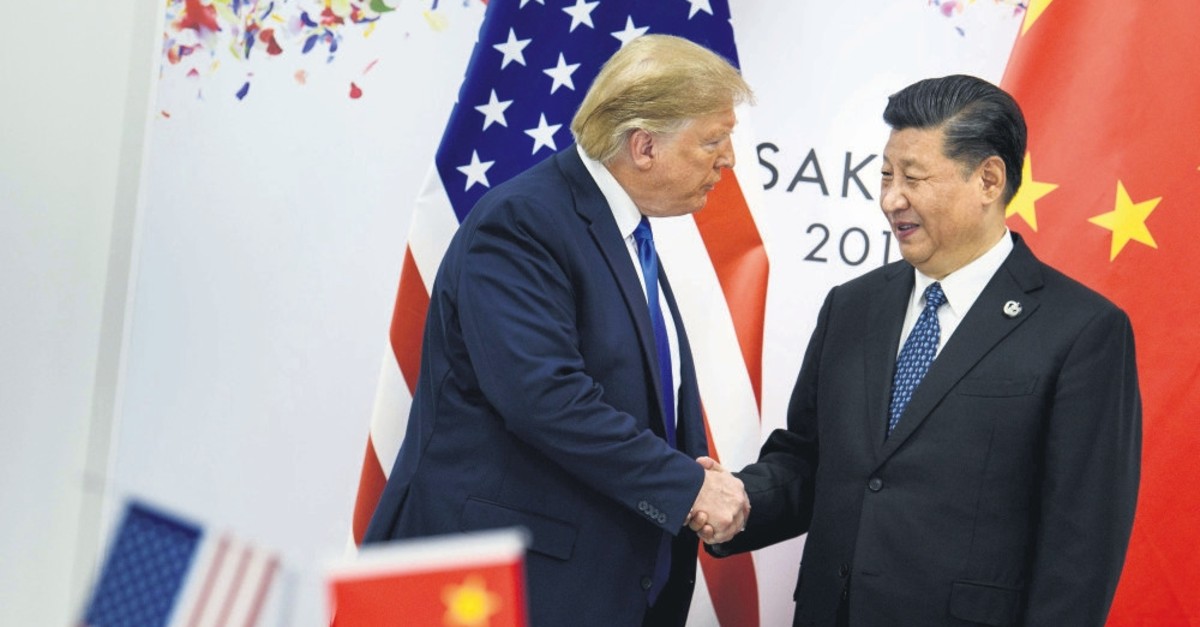 The main reason that the U.S. is targeting Iran at this time is to contain China's growing power in the Middle East

Why did U.S. President Donald Trump call off the planned strike against Iran after Tehran shot down a U.S. military drone last week? Washington's real target is not Iran but China, which is emerging as new player in the oil-rich Middle East. As for Iran, the U.S. has an economic strangulation plan through more and more crippling sanctions.

Trump's "Iran tensions drama" is all about chasing the Persian lion to hunt the Chinese Dragon. The Dragon is all set to swim in the Indian Ocean with its presence in Pakistan's Gwadar seaport located on the mouth of the Arabian Sea, close to the Strait of Hormuz and in the neighborhood of Iran. Trump is actually showing something and doing something — aiming at Tehran, but targeting Beijing. The actual U.S. agenda behind flexing its military muscle in the Persian Gulf is China's containment in the region where China's influence is rapidly expanding.

The U.S. plan for a massive military buildup in the region following Trump's threat of the "official end of Iran" to Tehran is likely to upset China, which is involved in the trillion dollar Belt and Road initiative (BRI) in the region. The U.S. Defense Department amid Iran tensions recently said in a report that China seeks to establish military bases around the world to protect its investments in its ambitious One Belt One Road global infrastructure program.

The U.S. has deployed a naval aircraft carrier, B-52 bombers at an airbase in Qatar and F-15 jets and also plans to station thousands of soldiers in the Persian Gulf. The recent oil tanker attacks in the Gulf of Oman and shooting down by Iranian forces of a U.S. drone ramped up tensions between Washington and Tehran. Washington has reportedly decided to send 1,000 more troops to the region.

U.S.-Iran escalations have come at a time when China is actively carrying out its mega BRI plan that will boost Chinese influence across regions, including the Middle East. China's BRI vision extends from the Baltics in Europe to Southeast Asia and from China to Africa. The initiative involves over $3 trillion spending by China in the next several decades for infrastructure development in more than 60 countries. The BRI is not merely an economic initiative for China, but it is also a serious effort on the part of China to raise its international standing.

The U.S.-Iran conflict would destabilize the region, adversely affecting China's mega BRI plan. In May 2017, China declared the status of the over $60 billion China-Pakistan economic Corridor (CPEC) as the "flagship program" of its BRI initiative during the first Belt and Road Forum (BRF) meeting in Beijing. The CPEC will connect Gwadar Port in Pakistan to China's northwestern Xinjiang province.

Iran borders Baluchistan, Pakistan's southwestern province, where China's growing strategic stakes raise eyebrows in Washington. China is the operator of Gwadar seaport located 70 km east of the Pakistan-Iran border. The port lies just 624 nautical kilometers from the Straits of Hormuz, a gateway for a third of the world's traded oil. Naturally, the U.S. attack on Iran would not only upset Pakistan but also China holding strategic assets in neighboring Baluchistan.

A confrontation between the U.S. and China could very likely take place in Baluchistan. China is presently the biggest foreign stakeholder in the development of Baluchistan, particularly Gwadar. The province is poised to serve as a strategic base for China to spread its influence to the Middle East and Central Asia through the strategic port of Gwadar. Beijing continues to tighten security along the sea route of the CPEC and Gwadar. For this purpose, China has already handed over four ships equipped with state-of-the-art guns to the Pakistan Navy.

Russia has already shown interest in joining the CPEC. With the inclusion of Russia, a trio of nuclear-armed states — Russia, China and Pakistan — could emerge, posing a threat to the superpower status of the U.S. Geopolitically, the CPEC could become a tool to challenge the U.S. unipolar world order in the global arena. The CPEC is bound to raise Pakistan's status as a major power in Asia. The nuclear trio perception strengthens after Pakistan's approval of a Russian request to use Gwadar Port for its exports. It will become a reality if Russia joins the CPEC, which is a part of the BRI.

Gwadar Port is essential part of the CPEC, which involves construction of highways, railways and energy pipelines connecting western China with Pakistan and the Persian Gulf. After construction of the proposed rail, road and pipeline projects between China and Pakistan, Gwadar Port will handle most of the oil tankers to China. In the proposed corridor, Gwadar Port is likely to become a major outlet for trade between China, Central Asia and the Gulf region.

Given the U.S.-Iran escalation and instability in the Persian Gulf, Gwadar provides a more secure corridor for China's fuel and energy supplies because imports could travel overland through Pakistan and into China from Gwadar.

The reason for the Chinese support

Beijing actually knows the real U.S. intention behind its tension with Iran. That is why China supports Iran. China strongly opposes unilateral sanctions against Iran and supports Tehran's efforts to safeguard its interests. Chinese State Councilor Wang Yi after meeting with Iranian Foreign Minister Mohammad Javad Zarif reportedly said, "China resolutely opposes the U.S. implementation of unilateral sanctions and so-called 'long arm jurisdiction', understands the current situation and concerns of the Iranian side and supports the Iranian side to safeguard its legitimate rights and interests."

After the visit to Pakistan by Iranian Foreign Minister Zarif amid U.S.-Iran tensions, Islamabad also agreed that the pressure being exerted on Iran by the United States was unjustified. Both China and Pakistan are strategic partners and support each other's interests in the region. Both countries enjoy complete convergence of interest on all bilateral as well as international issues of mutual importance. The Pakistan-China friendship is time-tested. It withstood the rapidly changing geopolitical realities that took place during the era of the Cold War and post Cold War.

Pakistan's geostrategic location is of immense geopolitical importance and has been critical to China's strategic plans in the region. China sees its friendship with the south Asian country more important in today's rapidly changing geopolitical realities in the region. For China, Pakistan has emerged as a crucial strategic partner providing it a potential lever over the U.S. and India. Beijing perceives Pakistan an increasingly important ally to counter the joint Indo-U.S. challenges both in the Middle East and South Asia, which are emerging as new fronts in its strategic competition with the U.S. and India.

* Freelance op-ed contributor based in Karachi, Pakistan, contributing analyst at the South Asia desk of Wikistrat