Revival of the nation-state? 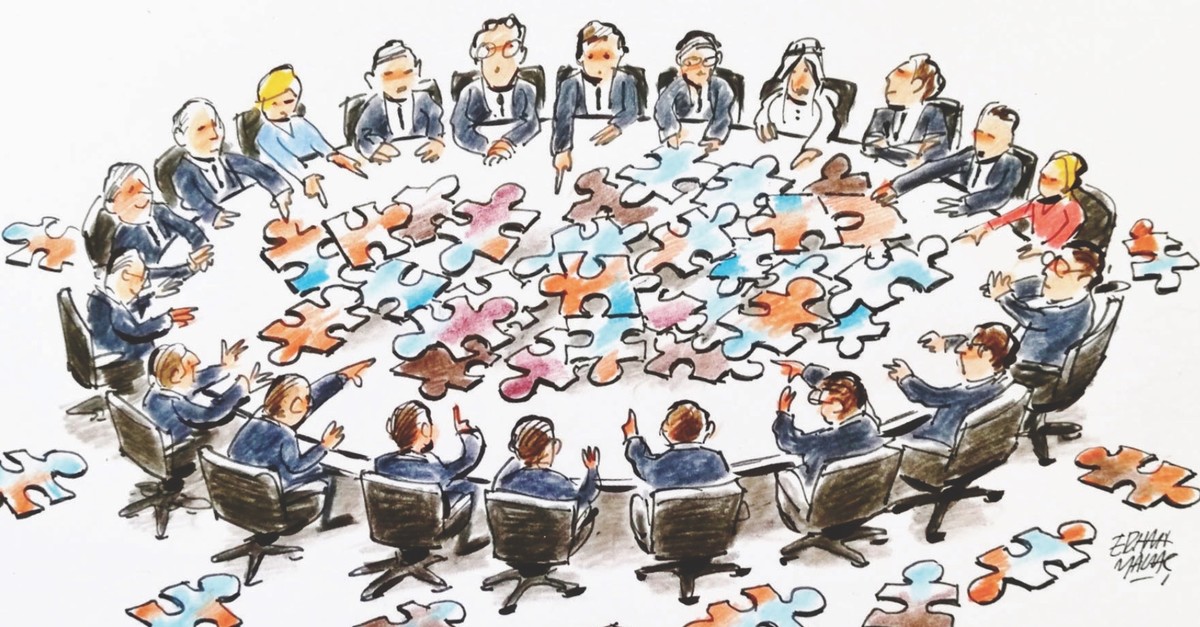 On the one hand, the most recent G20 summit, which took place in the Japanese metropolis Osaka, underlined the fact that global cooperation on a number of major issues is more important than ever before.

On the other hand, however, observers got the impression that individual nation-state concerns seemed to outperform the need for consensus. So is the G20 glass half full or perhaps half empty?

Nineteen leaders of the world's most powerful economies plus the European Union representing two-thirds of global trade and two-thirds of global population met for their 14th time. These figures are indeed impressive yet one has to remember that the Group of 20 is no official organization; it is not based on any internationally binding treaty and can thus best be described as informal gatherings.

Nevertheless and over the years, it has grown considerably in stature and media attention skyrocketed, too. Hence it makes good commentators sense to look behind the doorstep as well as family photo opportunities, respectively, and try to measure tangible impacts; tangible impacts both for the assembled group of leaders and for their respective populations.

Eight agenda picks; yet only one dominates

The global economy, investment and trade, environment and energy, innovation, employment, women's empowerment, development as well as health care were the subjects pre-selected for Osaka. Often overlooked, the G20 does not simply convene when heads of state and government come together; in-between summits ministerial meetings, as well as working groups, regularly take place.

The former is the most commented upon and quite understandably so. The latter, however, precedes the actual summits and is thus of extreme importance, too. In G20 terms, we need to distinguish between a finance track and a Sherpa track; for example, whilst issues attached to frameworks for growth are categorized as part of the finance track, topics associated with education and employment would fall under the Sherpa track category.

It was not any different in Osaka, and there had been the risk of parting ways without any such document. However, in a last minute effort, 19 of the 20 participants agreed to back the Paris climate change accord with Washington agreeing to disagree, a kind of opt-out clause not unlike previous British pre-Brexit approaches to stay within the EU albeit not being bound by all its decisions.

Why is the topic of cutting greenhouse gas emissions so divisive? According to U.S. President Donald Trump, any such agreement might jeopardize American interests, in particular the future of American workers and the U.S. economy.

All other issues almost fell through the media coverage net – among them were hot picks such as free and fair trade, or migration.

But this G20 will be listed as a summit where something else surfaced; not just the disagreement about one particular topic, regardless of how relevant it is, but a remarkably strong return to nation-state politics. What really made headlines this time around were bi-lateral activities; let us thus briefly discuss two of those, namely the way caretaker U.K. Prime Minister Theresa May dealt with Russian President Vladimir Putin, and the manner in which U.S. President Donald Trump aimed at stealing the show by engaging in the world of social media whilst still in Osaka discussing a potential face to face meeting with North Korean leader Chairman Kim Jong Un upon Trump's visit to South Korea and then theoretically heading toward the border.

There are two schools linked to large-scale international gatherings of heads of state and government. One says that the most important aspect is to come together and hammer out jointly agreed communiques and action plans where the common good clearly is at the forefront. Another says that the really relevant dimension is bi-lateral face-to-face talks about anything but that shared final declaration.

In today's world of 24/7 communication leaders are all too aware of that whatever they say in public – and that more often than not includes social media – will make for headlines. Hence, a hesitant smile or grim face here, or a really warm handshake there can make all the (intended) difference.

What surprised the audience in particular was the frosty atmosphere felt when May met Putin. No longer required to try and catch votes in an upcoming election, one might have expected May to do her rounds and be content with the above-mentioned photo ops; after all, it was her final official event of such a grand nature.

It transpired that on behalf of the U.K. she would never forgive Russia for the Salisbury poison attack and demanded that those responsible face justice. She indicated that Russia must not engage in hostile interventions on foreign soil. No room left for any friendly small talk over a cup of tea then. Following the summit, U.K. observers automatically realized that this was the most relevant piece of news coming out of Osaka and most commented upon, too.

On to President Trump and what better way to put aside disagreements over climate change than going public and saying that a potential face to face between him and Chairman Kim-Jong un would be welcome and that Trump would even step onto North Korean soil for a couple of minutes and say hello?

Even in other European countries and besides news about the final declaration what really caught the public's attention was exactly that Trump tweet and following responses.

Now we have two options: Downplay the G20 meeting as such and only focus on these two as well as other single nation state inspired events as witnessed in Osaka, or to combine both schools (see the comment about how to analyze international gatherings made earlier on).

The solution could be the way President Recep Tayyip Erdoğan interpreted the reason for attending the G20 in Osaka. He stressed the positive nature of the gathering and underlined his country's full commitment to curbing greenhouse gas emissions wherever possible, thus stood firmly among the other 18 participants who opposed any further watering down of the Paris climate accord as proposed by the U.S. Yet at the same time, Erdoğan lauded the positive dynamics of his bilateral talks that included France and Germany, as well as the U.S. and Russia besides others.

The Turkish way of handling such a meeting paid off – it demonstrated statesmanship and defending ones' own national interests yet so clearly understanding and promoting the need for global cooperation and harmonization.

At the beginning of this short analysis, we asked the question of whether the G20 glass is half full or half empty. When evaluated from a Turkish perspective, the answer, as a matter of fact, would be: Much more than only half full.