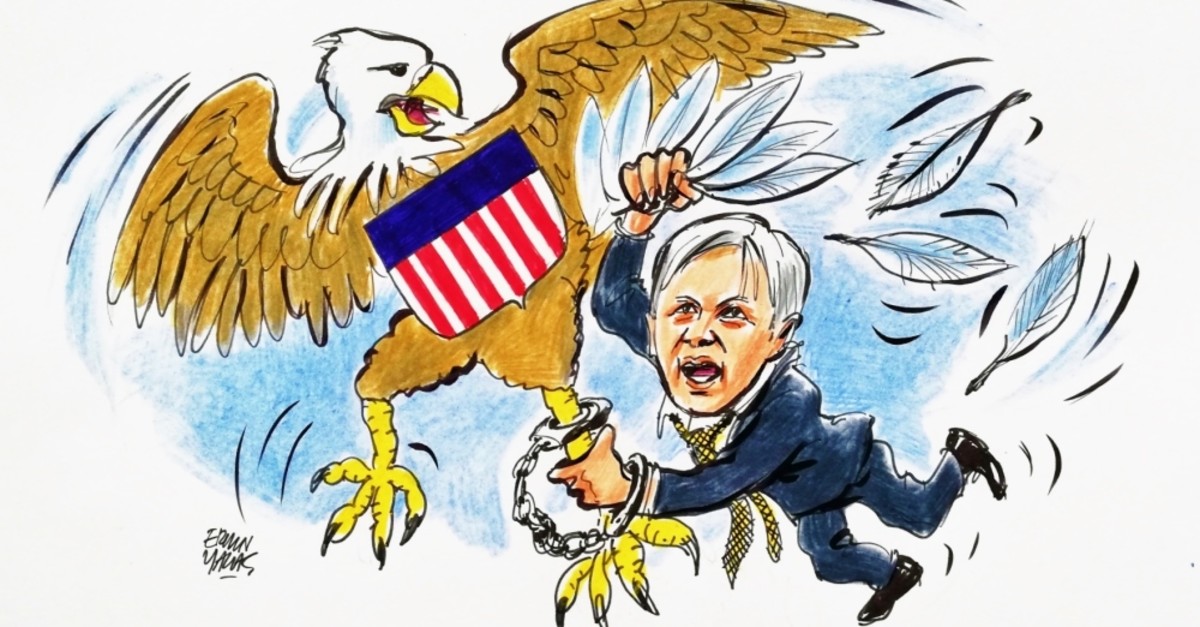 Julian Assange, the founder of Wikileaks who took refuge for nearly seven years in Ecuador's Embassy in London, was arrested by British police in April. British authorities expressed that the asylum previously granted to Assange by Ecuador was revoked by Ecuador and that the London diplomatic mission of the South American nation invited the police in to make an arrest.

Though Assange obtained citizenship from Ecuador, Ecuadorian President Lenin Moreno stated that they made the decision after Assange repeatedly violated international conventions and that they had received a guarantee from Britain that "Assange would not be extradited to a country that has the death penalty."

But recently, British authorities officially granted the U.S.' request for extradition. The U.S. Justice Department is seeking to try Assange on charges under the Espionage Act. Assange will get 175 years behind bars if the U.S. finds him guilty of the total of 18 charges.

Additional charges may be filed during the process. Assange could receive a life sentence without parole or possibly even the death penalty. The extradition is apparently not consistent with international law, general principles of law or human rights.

It's because the handing over of Assange, who is a citizen of Ecuador, to British authorities by Ecuador is in direct contradiction with basic legal principles and human rights.

Though Ecuador is not a party to it, the European Convention on Extradition, which contains fundamental legal principles on the issue, states in subparagraph of Article 6 entitled "Extradition of Nationals" that, "A contracting party shall have the right to refuse extradition of its nationals."

So, Ecuador has extradited its citizen to British authorities despite the fact that it had the right not to do so, even if Assange had committed a crime. Openly in contradiction with basic legal principles and human rights, this move indicates intense political pressure on Ecuador from the U.S.

Another issue is that, according to Article 22 of the "Vienna Convention on Diplomatic Relations" dated April 18, 1961, which regulates relations of states with diplomatic missions of other, states: "The premises of the mission shall be inviolable."

Despite being a party to that convention, Britain has circumvented international laws and human rights. Premises of diplomatic missions are regarded as the soil of the country represented and are thus immune to any kind of search.

Hence, Britain has violated a protocol that bans the search of Ecuador's Embassy.

Again, according to subparagraphs one and two of Article 3 titled "Political Offences" of the European Convention on Extradition: "Extradition shall not be granted if the offence in respect of which it is requested is regarded by the requested party as a political offence or as an offence connected with a political offence.

"The same rule shall apply if the requested party has substantial grounds for believing that a request for extradition for an ordinary criminal offence has been made for the purpose of prosecuting or punishing a person on account of his race, religion, nationality or political opinion, or that that person's position may be prejudiced for any of these reasons."

Though it is a party in this multinational treaty, Britain has clearly violated international law by deciding to extradite Assange to the United States.

The granting of the request for the extradition of Assange while there are obvious signs that Assange's freedom of expression and his right to a fair trial will be violated and that he will be exposed to different forms of inhuman and degrading practices – i.e., he will suffer serious human rights violations – definitely shakes international faith in the British judiciary.

At this point, the British government's decision to extradite Assange to the United States contains a host of violations of international law, basic principles of law and especially human rights.

The decision to extradite Assange shows once again that, as international law continues to be shaped by great powers in line with their policies, we are entering a period when its legitimacy is being called into question more and more.