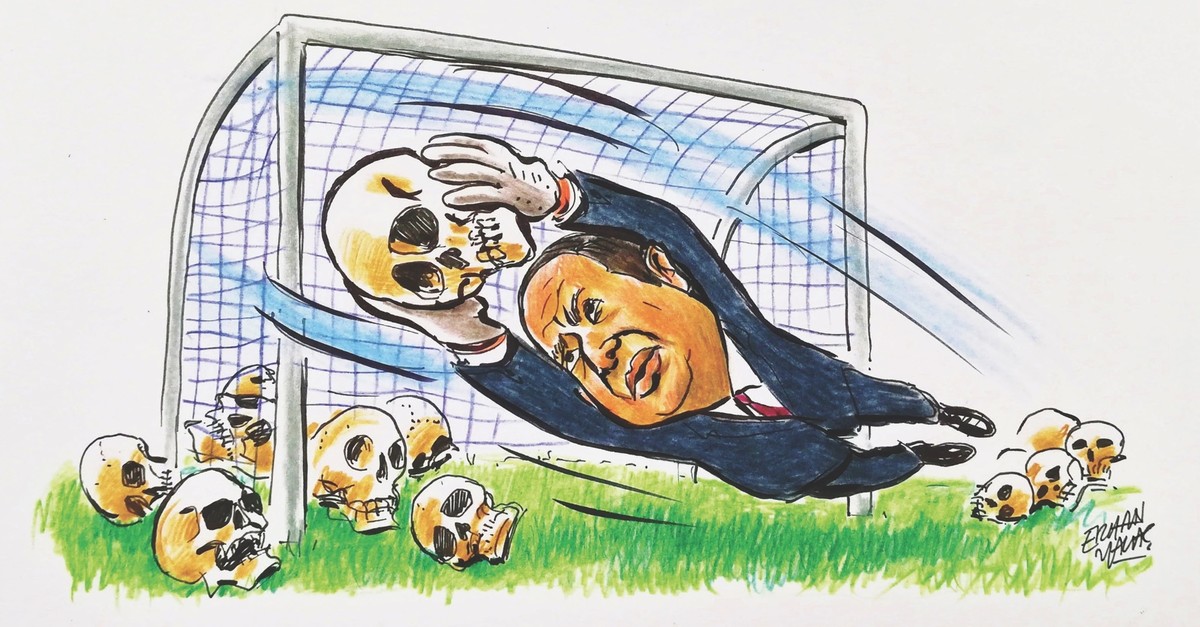 The recent death, or murder, of Egypt's former President Mohammed Morsi was not a surprise per se. It is how, when and where it occurred that shocked the public, including those inside Egypt.

Whether Morsi's death under those conditions was haphazard or minutely planned by the Egyptian regime, it seems to have happened at the perfect time for President Abdel-Fattah el-Sissi and the military cohort tightly ruling Egypt since toppling Morsi in July 2013.

Morsi died in the best possible moment for el-Sissi, simply because Egypt is currently hosting the 2019 Africa Cup of Nations (AFCON), the continent's most popular, most prestigious and most disputed sporting event.

It is known to both sports fans and to the public that Egypt organizes and event "only to win it."

Thus, it was expected that the longtime host country of African football's governing body, the Africa Cup of Nations (CAF), would do "whatever it takes" so that the Pharaohs – Egypt's national football team – would win the competition, which would have been a record eighth in their history, and that it would also go to great lengths to ensure no incidents, inside and outside pitches, harm the competition's security.

And so are Egypt's archrival teams, also serious, regular and logical contenders to the same trophy.

Matter of life and death

For Egypt's ruling class, and for el-Sissi personally, winning this AFCON was a matter of life and death. Why?

El-Sissi was elected president and reelected in 2018 in votes sharply criticized worldwide as undemocratic. He has waged a ferocious crackdown that crushed the Muslim Brotherhood, Morsi's party, but also almost all other dissent, arresting tens of thousands, banning protests and silencing most criticism in the media.

Almost 2,500 people, including women and children, have been sentenced to death in Egypt since the 2013 coup. About 150 death sentences have been carried out by el-Sissi's government, which started a crackdown on opposition groups immediately after he came to power six years ago, according to data and figures by many credible international rights groups.

Egypt is one of the world's worst jailers of journalists, and free expression is virtually nonexistent. Authorities have waged a witch hunt against free journalists and have orchestrated an "el-Sissification of the media," as Reporters Without Borders (RSF) said in its country report.

"The internet is the only place left where independently reported information can circulate, but more than 500 websites have been blocked since the summer of 2017, and more and more people are being arrested because of their social network posts," RSF added.

"Egypt's economy isn't booming. It's collapsing," a Foreign Policy report said. "Abdel-Fattah el-Sissi has sold his country as an investment destination with the IMF's [International Monetary Fund's] help – but the living standards of ordinary Egyptians are plummeting as elites line their pockets. Most Egyptians can't afford their cooking oil," the magazine warned.

The rage Morsi's death has triggered was kept silent due to heavy government scrutiny, which again succeeded to control media narratives, and Egyptians have been compelled to react "in whispers and with discretion."

But nothing lasts forever

Egypt's failure was unthinkable, or so el-Sissi thought.

Anger was likely to grow, but the only one who was incredibly angry and disappointed was el-Sissi himself after the Pharaohs' participation in this AFCON turned into a failure.

In terms of pure football, this year's Egyptian squad was far from the best in the country's history. It might even be classified as among the worst, despite the presence of Liverpool's star Mohamed Salah; thus making their 1-0 defeat against South Africa understandable.

The Pharaohs' preparations for this AFCON were marked with a general discontent over certain technical decisions and the choice of players in the national team. The couple of weeks leading to the tournament's kickoff were disrupted by a harsh dispute between the country's archrival clubs, Ahly, Zamalek and the Pyramids, over the local league's schedule and eternal refereeing problems.

Egyptians, who have hosted the CAF's headquarters in Cairo for decades, are famous for their tight control and influence over both the governing body and African football.

Africa's football fans knew that when the Egyptian squad showed weaknesses that might've hindered them from reaching the knock-out stages or winning the title, they would definitely use their "assets" to influence the tournament's outcome.

This ranged from pressuring referees and CAF officials to destabilizing their biggest rivals in their living, training and playing.

Egypt's failure in the Cup of Nations will never be tolerated by el-Sissi and his regime.

Senegal, Benin, Nigeria, South Africa, the Ivory Coast, Algeria, Madagascar and Tunisia are the remaining contenders in the quarter finals. They are also loaded with Europe-based stars, and the football authorities of their countries are no less powerful and influential in the CAF and in FIFA.

Accountability is, of course, an unimaginable African luxury.

One example is the tiebreak that took place in Omdurman, Sudan on Nov. 18, 2009 with Algeria beating Egypt 1–0 to qualify for the 2010 World Cup final in South Africa.

Football fans from these and other countries are no less fanatic, and violent, than the Egyptians.

In football but also in politics, relationships between Egypt and these countries are always tense. With or without organization problems and refereeing mistakes, things could easily turn to violence.

Inside and outside the fields, and despite the ongoing state of emergency, Egypt is already struggling to keep security in its streets. Terrorism threats are high, according to Egyptian authorities and international observes.

Since el-Sissi acceded to power in 2013, most if not all of local sports competitions have been played behind closed doors amid security concerns.

Like most people of the world, Egyptians are ardent football fans. They live for football.

The repercussions of the "national" failure in AFCON will be harsh. Egypt's failure might affect el-Sissi more than he expects and further damage his reputation among the Egyptian people.