Can the Paris Agreement solve the climate problem? 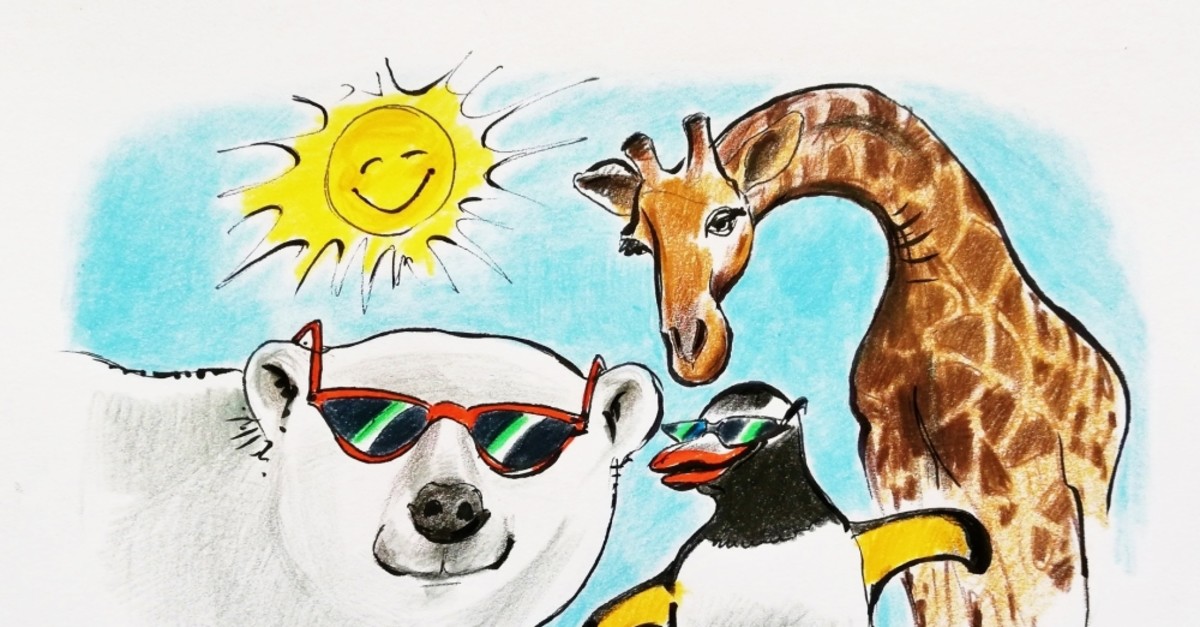 I have been attending the Conference of Parties (COP) of the United Nations Framework Convention on Climate Change (UNFCCC) as the chief negotiator for climate change of Turkey since 2015. Every year thousands of people participate in these COPs where 196 countries are represented by their delegations. Although each country is dedicated to securing their own benefits, we can clearly say that common sense and responsibility to prevent global warming is displayed.

Even though the common aim of all countries is to prevent climate change, the main challenge is the fair distribution of the responsibilities from one country to another.

A total 186 countries declared their national determined contributions (NDCs) to be implemented until 2030 to combat climate change. Particularly, in 2015 at COP21 in Paris, each of us had a 60 page negotiation text in our hands as well as the 2030 road map of each country submitted as intended contribution at that time.

What happened in Paris?

All these countries brought their different views to the table at the Paris negotiations. And the main message from developed countries to the developing was, "Do not do the same mistakes as we have done in the past, we have developed and became richer and bigger relentlessly by polluting air, water and soil. Do not do what we did and act cautiously considering future generations and achieve sustainable development."

Developing countries have insisted that developed countries should commit themselves ambitiously to mitigating their emissions, "We don't agree on any decision which will prevent our development. The population of young people in our countries is increasing, we have to create jobs for them, we have to industrialize, and we have to meet our energy demand. We aim to grow and develop. If you want us not to pollute the atmosphere as you did in the past, to develop in a sustainable manner and to use the renewable energy resources like solar and wind power, you have to provide us with financial support and grants because thermal power plants are more economical to establish although they cause more emission."

As for small island states and least developed countries, they are defending themselves stating, "We have not contributed to climate change, we do not have industries, we have not emitted gas into the atmosphere. However, we are the ones who are most affected by climate change. Our loss is huge. Who will pay for this?"

On the other side, some other countries draw attention saying, "We are the ones who are most exposed to the impacts of climate change since our countries are located in geographically critical areas. There is some scientific evidence which predicts that sea levels will rise up to 5 meters due to climate change. What will we do if this happens, where will we go and how will we adapt to this? We need finance to adapt."

Gulf countries, where petroleum is the main derivative of their economy, also raised their concerns stating, "What will happen to our economies if fossil fuels are forbidden until 2100? What will our future generations do?"

A 'light' agreement is better than none

In conclusion, 196 countries had their own concerns regarding climate change. In such a case, was it possible to reach a sustainable, fair, dynamic and transparent agreement which would satisfy all countries, the interests of which are conflicting and each of which doesn't want to suffer any loss?

The Kyoto Protocol, which was put into effect in 2004 and will be outdated in 2020, didn't suffice to solve these problems. Other side negotiations on the Paris Agreement have been continuing for four years. Finally, the two-week-long marathon, which determined climate chang

e's destiny, ended and, under the given conditions, 196 countries reached a consensus out of which the new agreement that satisfied all countries was born.

This agreement, which does not enforce any coercive or punitive regulation on any country, went down in history as the most "light" agreement ever. At the end of the day, having an agreement was better than none.

The French were happy. They thought that they achieved great diplomatic success hosting an agreement which was named "Paris." This agreement at least represented a consensus between parties and therefore each country shall discharge their responsibilities earnestly. Even though the agreement does not have any legal enforcement, if the parties do not do their parts, nature will impose its own sanctions.

Just after the adoption and signing ceremony for the agreement, the international community immediately started to work to finish further tasks. At COP22 in Marrakech, a decision was taken to design the new implementation guidelines of the agreement until 2018. This task, Paris Agreement Work Program, mostly concluded at COP24 in Katowice, Poland.

Parties agreed on some guidelines regarding NDCs, adaptation communications, an enhanced transparency framework, taking stock of the global situation and a compliance mechanism. However, the most critical elements such as carbon markets and cooperative approaches, as well as losses and damage, remain unclear and they need to be solved at COP25 in Santiago, Chile.

Adoption of these guidelines can be deemed as a huge success, yet the IPCC 1.5 C Degrees Special Report was excluded from the negotiations just a few days ago in interim sessions. As the most vulnerable countries in the world, small island states showed their disappointment.

No one should be surprised if the refugee crises and immigration issues that generally originate from war, terror and poverty will soon begin due to climate change.

If countries start watching the common interest instead of their own benefits, the probability of getting rid of the threat will be strengthened.

Otherwise, future generations will have neither adequate water resources to drink nor fresh air to breathe, nor land to live on.

* Deputy minister at the Republic of Turkey's Ministry of Environment and Urbanization, chief climate change envoy