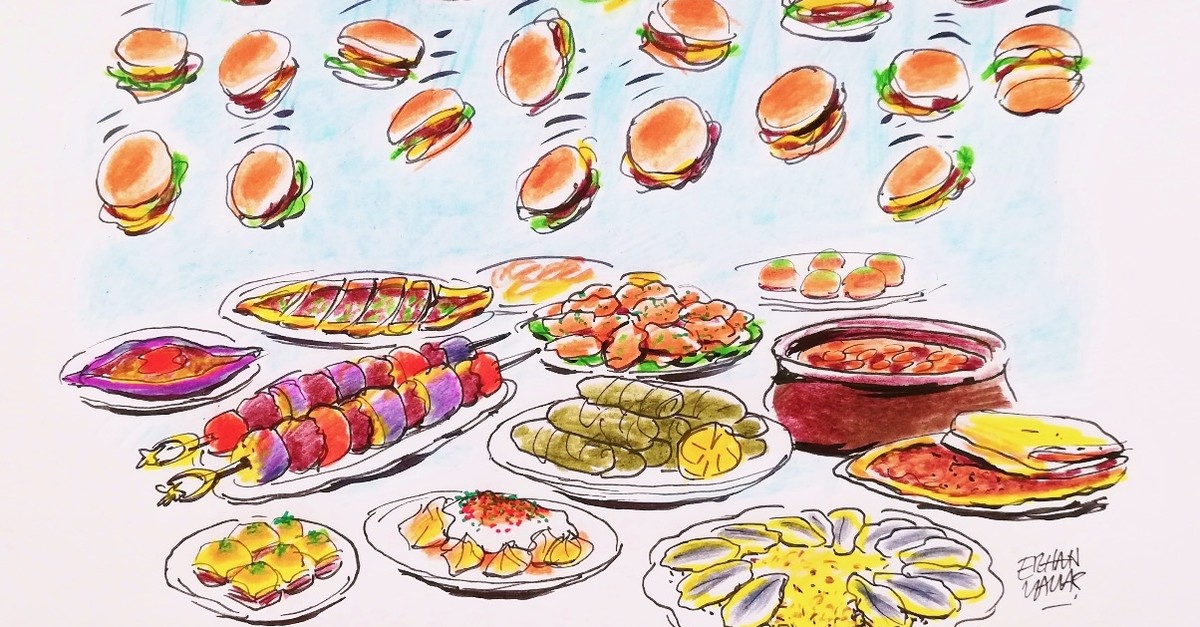 Gastronomic tourism for visitors to Turkey can be a complex undertaking but well worth investing in. Russian-Turkish attempts to get to know each other's cuisines benefit both countries' economies and promote cultural understanding

Nowadays tourism has become increasingly complex and individualized. Every day, the process of booking a tour feels more like building a unique house out of LEGOs meant to encompass each customer's personal demands.

In this context, gastronomy is one of the "bricks" tour companies often offer to the consumer. The figure is debatable, but research shows that while determining the trip's destination the tourists around the globe, to a large extent, consider the local cuisine. And if the cuisine is not attractive for them, this becomes a serious disadvantage for the country of origin in the eyes of a traveler.

Moreover, food is no longer simply an addition to the sea, sun, beaches, cultural heritage and shopping. Travelers are looking for complex cuisines in a foreign country. Today the expression gastronomic tourism has become very popular, but quite often not used properly.

If a person, for example, goes on a trip to Italy, France or Spain and while visiting local sights tries the local cuisine, it is not technically gastronomic tourism. Let's be clear: gastronomic tourism involves visiting a country with the main purpose of trying the local cuisine.In this sense, Turkey, as a country of mass tourism, unfortunately still cannot be called a popular destination for gastronomic tourism. With millions of visitors from Russia who prefer Turkey for holidays, gastronomic tourism could be a huge sector waiting to be explored since the country offers tasty, diverse regional cuisines. For example, the Aegean, Mediterranean and Black Sea regions, as well as the cuisines of central Anatolia and the east and southeast of the country all offer an amazing variety of dishes.

The Culture and Tourism Ministry as well as various domestic professional funds, federations and associations hold a lot of events throughout the country, including various festivals and contests, aiming to popularize regional gastronomic tourism. However, let's be honest: these events and tours are, for the time being, still quite local and do not attract a significant foreign audience, including Russians.

Russian visitors exploring Turkish cuisine are confronted with a paradox. As the president of the Russian-Turkish Project Development Association (TUR RUS), as well as the representative of the Federation of Restaurateurs and Hoteliers of Russia in Turkey, I devote a considerable amount of time to the question of how Russians see the country and their expectations.

Russians love Turkish food, which they mostly experience during holidays spent in all-inclusive hotels. This applies to literally everything: soups, appetizers, main courses with meat and fish, a variety of desserts and sweets.

Every Russian returning home from Turkey always grabs Turkish delight, baklava, Turkish coffee or tea for later. One of the most popular articles on my online blog about Turkey – called "Turkey is..." – is devoted to winemaking in Turkey and the Turkish culture of drinking raki. Russians buy good Turkish wine and raki during their trips. That's why these articles have tens thousands of hits in Russia.

Turkish döner is one of the most popular street foods in Russia, and Turkish restaurants are becoming more and more popular in the main cities of the country, namely Moscow and St. Petersburg, competing with Azerbaijani and Uzbek cuisines famous in Russia.

My colleagues from the Federation of Restaurateurs and Hoteliers of Russia, as well as organizers of various gastronomic events in Russia, often come to me with requests for Turkish chefs or gourmets as guest speakers or to offer master cooking classes. Either for a short visit – for example, for a master class, or for a full-time job, as an expert in Turkish cuisine loved by Russians.

However, surprisingly few Russians travel to Turkey just for the sake of the cuisine itself. The most sophisticated gastronomic tourists from Russia prefer European routes – for example, Italy, France and Spain. The "normal" Russian tourists come to Turkey basically for the sea, sand and sun, as well as for open buffets in all-inclusive hotels, where the food, as a rule, is nourishing, a little less often is tasty and rarely gastronomically satisfying.

However, let's not be too strict: the most important thing is that all-inclusive hotels establish a primary interest in Turkish cuisine for Russians. Russians, at least, get a basic understanding of regional cuisines and some of their meals. However, Russian visitors in Turkey rarely leave their hotels to discover authentic gastronomy in Turkey.

Once every two weeks, on the state radio channel Vesti FM, I participate in "The Hour of Turkey" program, where, as an expert, I tell the Russian audience about unknowns in Turkey. In addition to the discussion about Turkish politics and economy, the keynote of each program is a "wake-up call" for Russians to come to Turkey without purchasing a tour and discover rarely visited and unknown spots in the country.

For example, in our last program we talked about the Aegean coast and about probably most luxurious resort in Turkey, Bodrum.

In general, the program found a warm response; however, some comments from listeners, showed once again that there are widespread opinions about Turkey in Russia, many labeling it a "simple tourism" destination where the one can only swim, sunbathe and eat meals in open buffets of all-inclusive hotels. Also, Russian listeners worry about the language barrier and the travel costs in Turkey.

Let's note that Russians traveling to Europe do not raise these questions, despite the fact that it is more expensive than Turkey and the number of local hoteliers and restaurateurs in Europe who speak Russian is much lower than in Turkey. As a result, for "sophisticated holidays" Russians go almost anywhere but not to Turkey.

In the end, my colleagues and I decided to move from words to action.

This year, at the end of September, for the fifth time in Bodrum, the Days of Russian Culture will be organized with the participation of Bodrum Municipality, the "Bodrum.com.ru" project and the Bodrum Promotion Office in Moscow. This year our project development association TUR-RUS and the Federation of Restaurateurs and Hoteliers of Russia will be also be involved in the event. Together we decided to make gastronomy the main theme of the Days of Russian Culture in Bodrum – 2019.

This year we are planning to bring not only Russian chefs, who will show visitors various dishes from Russian regions' cuisines, but also Russian VIP guests, celebrities, media representatives, travel and food bloggers, and journalists. We hope that with our counterparts from Turkey we can initiate not only interest in Turkish and Russian cuisines, but also professional dialogue on gastronomy and gastronomic tourism.

Meanwhile, the purpose of this year's event is not only to talk about a delicious gastronomic theme in Bodrum but also to get to know each other better, as Russians and Turks. We would like Turkish people to try Russian cuisine, which is widely unknown in Turkey apart from Russian salad and beef stroganoff. And we would like Russian people to have a better understanding of Turkish cuisine's dishes. We believe that by having this even include both countries, we will be able to break the barriers in the minds of travelers of the two countries.

In the end, the Year of Culture and Tourism between Russia and Turkey is ongoing, and food, doubtless, is one of the most important cultural aspects for any nation. Also let us not forget that we, as neighbors, not only visit each other, but in terms of our cuisines, have serious overlap; for example, in the Black Sea region we share the same dishes. In the end, we got the same "Semaver" / "Самовар" for the two nations, even thought we quite rarely think of this.