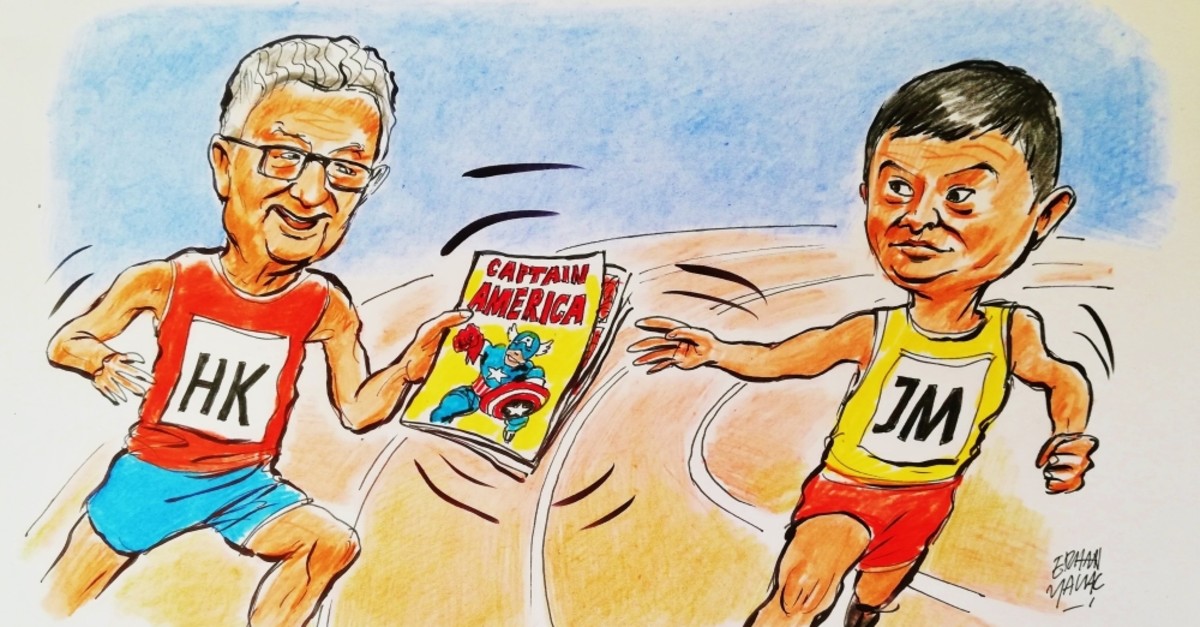 Having the potential and image to represent Beijing as a power integrated to futuristic globalization norms, Jack Ma of Alibaba seems to many to be the Chinese version of Henry Kissinger

Out of the many political figures in American history, one of the most prominent in regard to American foreign policy was of course Henry Kissinger. He was a Republican who was active between 1969 and 1977 as the national security adviser and then the secretary of state. During his years in office, Kissinger's greatest achievements were the normalization of relations with the Soviet Union and Mao Zedong's China.

He represented the United States of America in promoting the ideology of freedom and democracy; however, during his time in office, the country did not hesitate to be involved in wars and clashes over ideological differences with other countries. Some examples of the latter include the conflicts in the Korean Peninsula and Vietnam to curb the spread of communism.

On the other side, Jack Ma, the founder of the website known as Alibaba is a very well-known Chinese businessman. His personality is that of a cross between a celebrity and someone who has taken on responsibilities that are of importance to the world.

Jack Ma acts as an unofficial soft and positive image of China in the international arena. His life story, humble looks, and reasoned speech touches millions, maybe billions, of people's hearts around the world. He seems to be more focused on business aspects such as the win-win policy of China, as well as the Chinese policy of establishing relations with any entity without getting involved in the internal policy of others.

Could he be seen as the Chinese version of Henry Kissinger, but more focused on the economic front? Could he push the leaders of other nations to consider every step carefully in case Alibaba may have to give up investments? Could he very well guide Chinese investments as a whole?

In the beginning, the name Alibaba had me thinking of the story of "Ali Baba and the 40 Thieves." I used to read, hear, and even watch programs of this story on the television during my childhood. The story tells of a woodcutter by the name of Ali Baba who discovered a cave which could open and close by saying "Open Sesame." In this cave, he discovered the treasures of 40 thieves. The 40 thieves tried to kill him several times but failed, and in the end he became rich. Jack Ma's Alibaba is another story entirely. Jack Ma was poor, but his life story is worth listening to since it is an example of sharp determination. He had been rejected many times by companies and failed several times in exams. He had been rejected 10 times by Harvard University. Even KFC did not give him a chance as a worker. However, these failures did not stop him from establishing his own business empire.

He has been interviewed many times by many prestigious organizations, attended many talks and conferences such as at the World Economic Forum (WEF). He has even spoken at the U.S. Military Academy. He has reiterated several times that globalization needs to be transformed into a more inclusive and technological means according to today's conditions.

Kissinger was a political figure while Jack Ma seems focused on more economic benefits. According to Ma, the new version of globalization is where decisions are made by businesses while government provide support.

It should be said that not even China is prepared for his new idea of globalization. In addition, he even promised to create a million jobs in the U.S. However, following the outbreak of the economic war between the U.S. and China, he said this promise could not be realized for the time being, which may show that the government still has the upper hand over business decisions.

He has also been visiting countries around the world. It is kind of soft foreign policy that Jack Ma would appear more in countries with which China has good relations. If China does not have good relations with certain countries, then the chances of Alibaba launching there are low.

His ideas are well respected by many business and national leaders. For example, he was a business adviser to British Prime Minister David Cameron, as well as advising the Malaysian government on the digital economy. However, there are also criticisms about Jack Ma's system which has led smaller companies to sell their imitated products globally; and it all leads back to intellectual property issues in China. It is well-known that the Chinese leadership is trying to strengthen communist ideology across China. And Jack Ma may be in a dilemma because he advocates inclusive globalization. It seems as if the goal is to practice communism in government while being capitalist in business. There are many questions in the minds of many people about how long Chinese businesses can continue to be integrated with the rest of the world while still under communist one-party system. So far it seems Chinese leadership has been successful in this.

According to the People's Daily, which is the official newspaper of the party, Ma is a member of the Communist Party along with many other rich Chinese businessmen. Thus, nobody has a right to judge anyone's ideology. However, it may be a challenge for both Ma and President Xi Jinping to follow the new rules of globalization at home.

Moreover, we are going to see how the power of business will ease the political and diplomatic tensions between nations.

How far can he go?

While Ma is expecting remarkable changes in globalization, only time will tell how Chinese leadership will react to his view that "business decides and government supports."

Perhaps Jack Ma could very well become the successor of the charismatic Xi Jinping in the future?