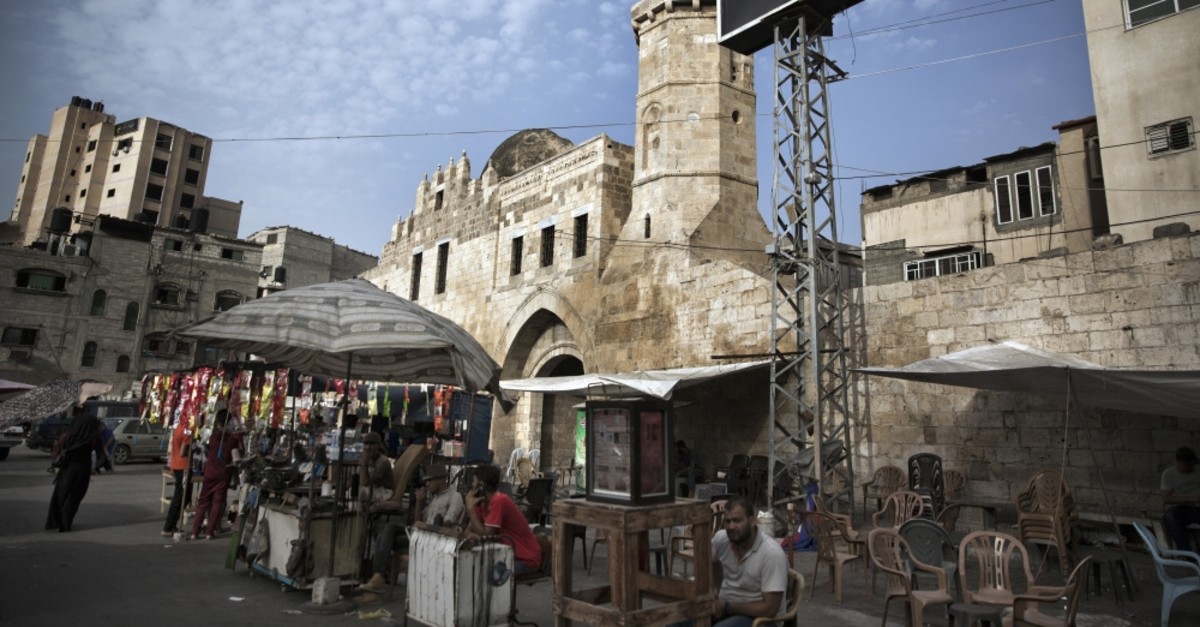 Since coming to power in late 2016, U.S. President Donald Trump has spared no effort in attacking the Palestinian people and their legitimate and inalienable rights. Starting with the recognition of Jerusalem as "eternal" capital of Israel, relocating the U.S. Embassy from Tel Aviv to Jerusalem, the pro-Israel president then embarked on an endless campaign against the U.N. Relief and Works Agency for Palestine Refugees in the Near East (UNRWA).

Established in 1949, the UNRWA has been aiding millions of Palestinian refugees scattered in dozens of refugee camps in the blockaded Gaza Strip and occupied West Bank, along with many refugee camps in Lebanon, Jordan and war-torn Syria. UNRWA's noble role has been embodied in helping the Palestinian refugees cover their educational, medical and humanitarian needs. Trump's war on UNRWA was intensified last year when his administration decided to cut U.S. funding to the agency which amounted to $125 million. The move forced the agency's management to downsize measures in areas it was operating in, firing hundreds of employees in the Gaza Strip, where people are living under a cruel siege.

However, a new-style attack has now been directed against the crisis-hit agency after an ethical report was issued from inside the establishment, accusing the UNRWA Commissioner-General Pierre Krahenbuhl of corruption. This report was followed by statements from Switzerland, the Netherlands and Belgium to suspend funds to the agency citing the corruption charges.

These reports, if correct, come only weeks before scheduled voting in September by the U.N. General Assembly on renewing the mandate of UNRWA, which made Palestinians doubt the timing of the report and the backlash from the three donating countries. They also say the Trump administration may have its fingers behind the report so as to smear UNRWA's image and justify his unjust moves against the aid agency.

If the upcoming days prove that there was any U.S. intervention in the report, the Trump administration would manage to kill many birds with one stone. The report has already pushed three significant countries to cut donations to UNRWA. It would make the UNRWA subject to more criticism about its integrity and transparency in the occupied territories.

Most importantly, it would embolden the leaders of the Israeli occupation to go ahead with their plans to delegitimize the institution. Backed by Trump administration officials, Israeli policymakers are working hard to liquidate the UNRWA and its functions as it has been, for decades, a living witness of the suffering of the Palestinian refugees, who were expelled from their lands in historical Palestine in 1948. Since a powerful UNRWA means the issue of the Palestinian refugees stays alive.

Terminating the UNRWA also comes at the same time as the "Deal of the Century," which Trump's son-in-law Jared Kushner has been promoting for months. According to the deal, the Palestinian refugees' right of return will be totally terminated and the U.S. will seek to negotiate with the hosting countries (Lebanon and Jordan) to resettle and give citizenship to Palestinian refugees in exchange for billions of dollars to be paid by the Gulf countries.

After last year's Jerusalem move, the Trump administration is now launching a fierce war on the Palestinian refugees, who have been for decades hopeful of returning to their villages and towns from where they were driven out. Such an attack would only make the Palestinian people restless, as terminating the refugee issue will eventually kill the essence of their just cause.