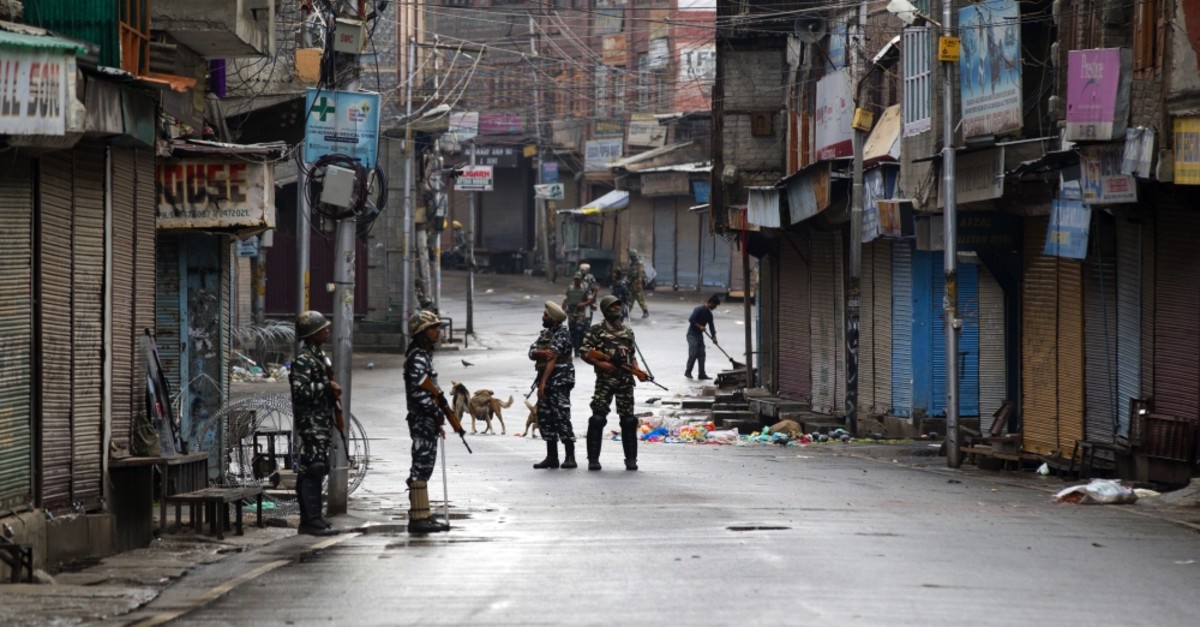 With India revoking a special legal provision that allowed the Muslim-majority state of Jammu and Kashmir a degree of autonomy in local governance, South Asia is set for unpredictable turbulence.

India and Pakistan have fought three major wars since they emerged as sovereign nations when the British Raj ended in 1947.

Two of these wars have been over the Kashmir region, which is divided between the two nuclear-armed neighbors but claimed in full by both.

The situation escalated dramatically on Aug. 5, when India announced that Jammu and Kashmir would no longer enjoy the special status it had for decades as part of its accession to the Indian federation of states.

Anticipating widespread anger, India rushed tens of thousands of additional police and paramilitary forces to the heavily militarized region before the formal announcement in parliament to end the constitutional provision, known as Article 370.

It had been the long-held goal of the ruling Hindu nationalist Bharatiya Janata Party (BJP) and its ideological mentor the Rashtriya Swayamsevak Sangh (RSS) to get rid of Kashmir's autonomous status.

The BJP's 2019 election manifesto mentioned it and the move enjoys huge popularity among its uncompromising Hindu support base.

Among other things, the special status barred outsiders from buying property in the picturesque Himalayan region, with a population of about 13 million – less than 1% of India's total population, and the local government enjoyed some administrative autonomy except in matters such as defense, foreign policy and telecommunications.

In reality, however, since an insurgency erupted three decades ago, Kashmir has been ruled either directly from New Delhi or by the elected administrations that have enjoyed far less autonomy than guaranteed in the Article 370 compact.

India's new decision carves out two federally administered territories, Jammu and Kashmir, and Ladakh, with only the former being given an elected assembly with reduced powers.

The real picture of Kashmir outrage will emerge only when the security clampdown is lifted, restrictions on local leaders are removed and the media blackout is over.

Away from the local situation, the impact on India-Pakistan relations has been predictably severe, and things are likely to get more dangerous, even to the extent of getting out of control, if not handled carefully.

It's worth considering in detail the level of engagement between the two countries.

Pakistan told India to withdraw its high commissioner – a top diplomat similar to an ambassador – and decided that its newly appointed envoy to Delhi would not be taking up his position.

India's Ministry of External Affairs has a drastically different view of the current situation than its Pakistani counterpart.

"The intention behind these measures is obviously to present an alarming picture to the world of our bilateral ties. The reasons cited by Pakistan are not supported by facts on the ground," it said in a statement on Aug. 8.

Islamabad's other measures include the suspension of trade, cutting off the limited bus and rail links, and a ban on screening Indian films.

Despite their troubled relations, the bilateral annual trade volume can be considered substantial and was, according to a report, worth $164 million in February, the month when Indian and Pakistani fighter jets clashed briefly but refrained from a larger conflict.

Pakistan closed its eastern airspace to all international commercial traffic following the military tensions. The restrictions were lifted only on July 16.

That the two countries no longer enjoy direct air links and travel was subjected to intense security procedures even before the latest Kashmir tension should give you an idea about the emerging situation. Pakistan International Airlines (PIA) shut down its service between the business hubs of Karachi and Mumbai in May 2017, while the Delhi-Lahore flight became a casualty of the standoff in February this year.

Cricket, which drives people crazy in both India and Pakistan, is on hold between them on a bilateral basis. Calling the removal of Kashmir's special status as an "entirely the internal affair of India," the Indian government has urged Pakistan to review its decision on downgrading diplomatic relations "so that normal channels for diplomatic communications are preserved."

Instead, further signs of escalation are obvious, and Pakistan's mood can be captured in what its Railways Minister Sheikh Rashid said about ending the rail links.

"As long as I am railways minister, the Samjhauta Express and Thar Express will not operate. That's it," he said at a press conference in Islamabad on Aug. 9, according to a Pakistani media report.

How the diplomatic and military situation may evolve remains to be seen.

But one thing should be crystal clear: since there is already so much bad blood between the two countries, a terrible turn of events cannot be ruled out.