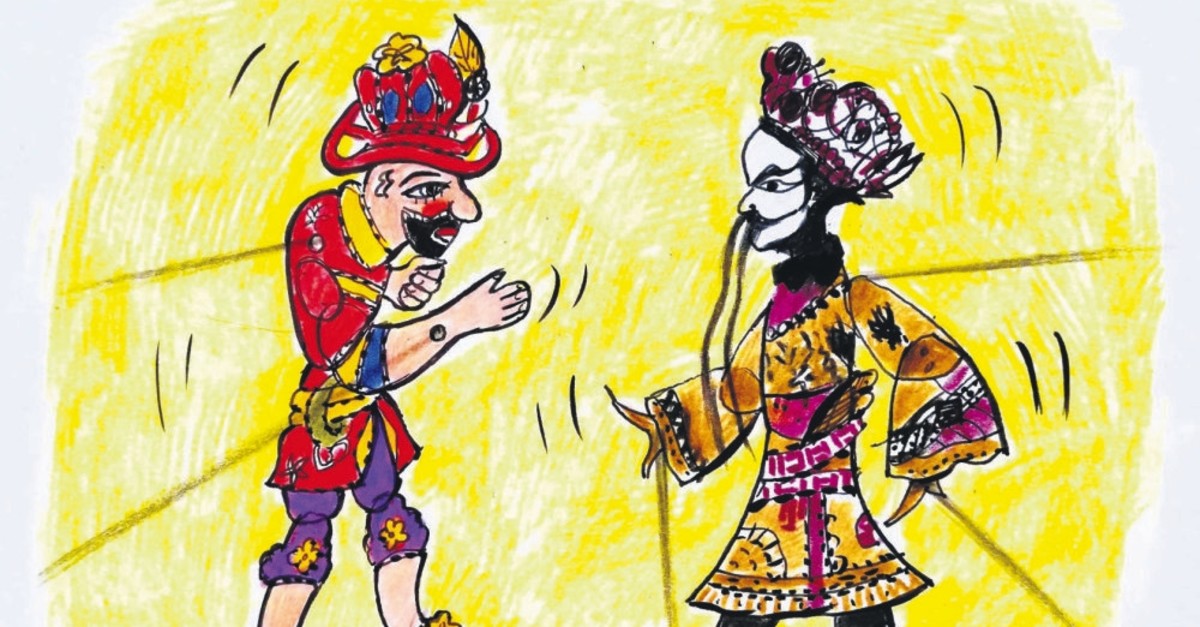 Official relations between Turkey and China began in 1971, and from that time, they have seen ups and downs. Over the last decade, however, relations have seen observable improvements, mainly in the political, economic and cultural fields. In the political domain, the leaders of the two sides have advocated stable discourse and paid important attention to mutual visits that would expand this political determination to other fields.

This political consensus of the two current leaders, President Recep Tayyip Erdoğan and and his counterpart Xi Jinping, over intensifying relations in other fields has drawn some international attention as well. Thus, the issue straining relations has continuously come to the attention of international media outlets. Headlines caused by the strained relations over the issue cause significant debate inside and outside of Turkey.

It is really admirable to see some noteworthy initiatives between the two. Some examples are the "Year of Turkey" in China, "Year of China" in Turkey, and having Chinese language centers in Turkey. However, Turkish language centers have yet to be established in China.

Turkey should determine what role China plays in its interests, especially since the current trade deficit of around $17 billion with China is not a positive indicator of mutual trade relations. In this regard, China should soften its rules and allow Turkish companies to operate and allow the easy circulation of Turkish products in China.

Taking into consideration the current international atmosphere due to tensions between the three important countries of Russia, China and the U.S., Russia and China could very well become pioneers in confronting the current Western system, ideology and values without resorting to military confrontation.

The possible bloc or rapprochement of China, Russia and Turkey may open the eyes of the Western bloc, which has begun to cloy with their unfair approach towards Turkey and other countries. It is also about where Turkey finds itself and how it places itself in a fairer and more equal system.

Both Turkey and China should keep changing perspectives in their relationship and the Uighur issue until they find common ground. In doing so, the issues must stay on the table so that they can engage more.

The most challenging issue in the Turkey-China relationship is the case of Uighurs. This issue has always had a negative-positive impact on their relationship.

The last harsh criticism from Turkey was in 2009 following a Chinese crackdown over protests in the Xinjiang Uighur Autonomous region with then-Prime Minister Erdoğan describing the Chinese crackdown as "almost genocide." This incident caused short-lived tensions between the two states; however, relations got back on track once again thanks to multiple activities such as mutual visits.

The current issue in regard to the Uighurs involves so-called educational camps. China has been taken harsh criticism over its posture towards its own minorities' preferences. It is no secret anymore that millions of Muslims in China have been forced to undergo political indoctrination, which should not be occurring in the 21st century. According to the media, up to three million Muslims, including Uighurs, live in unbearable, brutal conditions in these camps, which should be closed and the people released.

Turkey is among the countries criticizing China over its educational camps. The Turkish Foreign Ministry called out these Chinese camps as shameful for humanity and the forced assimilation of those Muslims living in the Xinjiang Uighur Autonomous region. In response, China decried the Turkish allegations as groundless.

However, Turkey and China have been willing to improve relations even though the Uighur issue has always been on the table. Both countries have gotten tired of this issue permeating every corner of their relationship.

President Erdoğan shared his opinion via the Global Times on July 1: "Turkey is firmly committed to strengthening its cooperation with China in all areas," while emphasizing parallel goals of both countries for the future regarding global peace, multilateralism and pioneering the new world order.

On the other side, Xi Jinping expressed a similar message highlighting the importance of China-Turkey cooperation for world politics; that China and Turkey should "uphold a multilateral world order with the United Nations at its core, a system based on international law."

The last visit by the Turkish president to China was in July after the G2O meeting in Osaka, Japan. As usual, the Uighur issue was on the agenda. Erdoğan warned again: "Those who exploit the issue, those who try to gain something from the issue, by acting emotionally without thinking of the relationship that Turkey has with another country, unfortunately end up costing both the Turkish Republic and their kinsman."

It can be solved

According to Erdoğan, there is an opportunity to find a satisfying solution for all sides over the Uighur issue. This means that President Erdoğan is finally adopting a new approach towards the Uighur issue between Turkey and China, preferring its own observation and rational response mechanism rather than randomly giving sharp and sudden discourses. This new approach would be more beneficial in keeping relations alive and stable with any nation, including China. According to Chinese state media, President Erdoğan said: "It is a fact that the peoples of China's Xinjiang region live happily in China's development and prosperity;" however, there has been no confirmation from the Turkish leadership on what was said.

It should be noted that if President Erdoğan had said this, then it should not have been said since the situation in the Xinjian Uighur Autonomous Region is not well known, and relations should be based on mutuality.

Additionally, Turkish officials at the Turkish Embassy in China said that it was a mistranslation by the Turkish side, while saying his remarks should be translated as Turkey "hopes the peoples of China's Xinjiang live happily in peace and prosperity."

What are the criticisms?

It is easy to cut relations but much more difficult to establish them, so that is not the way to solve problems between individuals, much less between countries. Look at the examples of the U.S. and China, as well as China and Japan.

The U.S. is in an explicit economic war with China, but American and Chinese officials always keep in touch. Between 1937 and 1945, Japan invaded China, and there is still anger in China over this. Relations between China and Japan are improving with a trade volume over $100 billion. Hence, Turkey should not isolate itself from having relations with any country.

Additionally, it comes to mind that the trade volume of $23 billion is nothing to be proud of since Turkey exports only $3 billion but imports $20 billion. The Turkish-Chinese relationship should be improved in every way. This improvement in relations, particularly the increase in Chinese investment in Turkey, should not be seen as a concession over the Uighurs, as Turkey has always supported and should continue to support, the rights of the Uighurs regardless of trade volume and the amount of Chinese investment in Turkey.

Both sides should clearly express their feelings over the Uighur issue and try to put an end to this long-standing issue for all sides. It should be outlined that Turkey and the Uighurs are not enemies of China or the Chinese people.

Both Turkey and China should participate in direct dialogue instead of being in a kind of proxy war created by third parties over the Uighur issue. In this regard, international delegations, including the Turkish side, particularly nongovernmental organizations (NGOs) should be allowed to visit the Xinjiang Uyghur Autonomous Region and so-called educational camps in China to ensure the well-being of Muslims living in China and further improve Turkish-Sino relations.

Through direct observation by international NGOs, an objective report of the reality on the ground could be announced to the world. Societies across the world, including the Muslim and Turkic world, will have a positive view of it. The method and frame of educational camps should be also discussed. The Turkish leadership should let NGOs discuss the issue further with the Chinese side.

Turkey and China have the capability to overcome this issue by agreeing on several items such as Turkish support for the Uighurs within the limit of universal human rights; true protection of Uighur rights, from religion to education and so on, by the Chinese government; changing the view of Uighurs from terrorists to equal citizens of China; and seeing the Uighur issue as an opportunity to know more about each other.

Also, China should understand Turkey's humanitarian approach objectively because Turkey speaks out for Muslims in Asia, the Balkans, the Middle East and Africa. If Turkey is silent on these issues, then China may call Turkey an American or Western puppet. However, over the decades, both countries have evolved. So, both countries have advocated their own values and policies while resisting any pressure.

Last, it should not be forgotten that economic discourse alone does not help any country break claims and prejudice. It has not helped America to be loved by many people since it has followed its own political and economic discourse towards and against third nations.

We need an inclusive leadership that chooses cooperation over fighting, dialogue over sanctions and constructiveness over destructiveness.

The best answer to those who claim that the Turkish state is betraying or abandoning the Uighurs is that, like it or not, the Uighur issue has always been on the agenda between the two sides. This issue will be on the table until it is settled for good.