Is Turkey still part of the West? 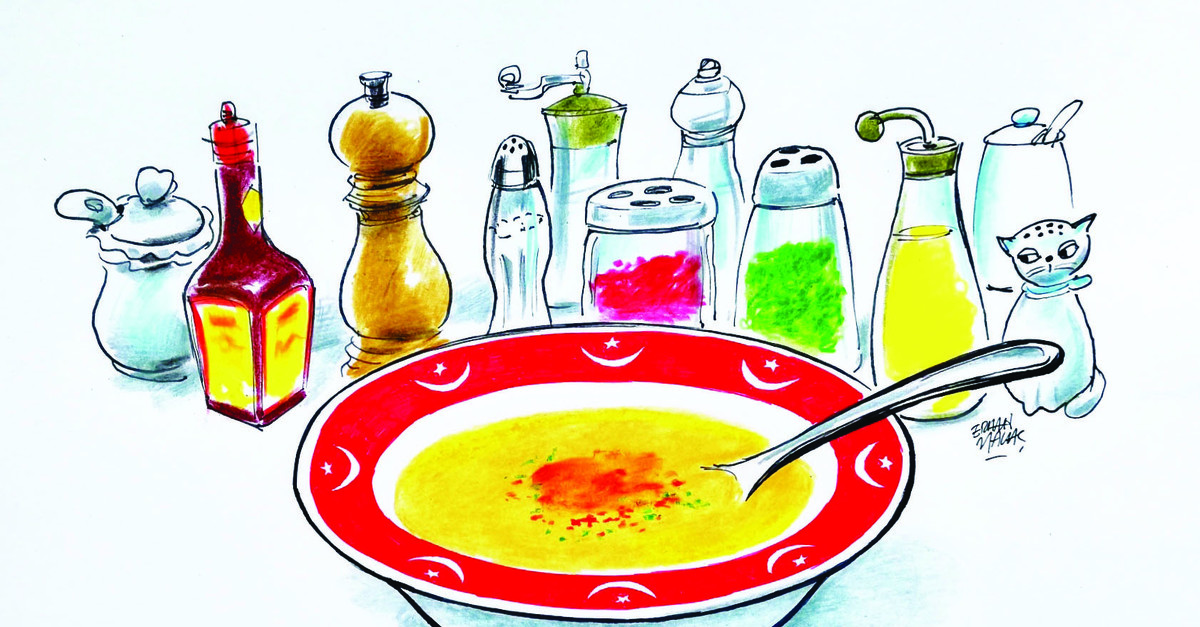 Is Turkey still part of the West? Answering this question has become more vital than ever, as the evolving dynamics of Turkish foreign policy in recent years seem to have led many Turkey observers in the West to conclude that Turkey has been shifting its strategic orientation away from the West to other directions.

The number of Western people questioning the logic of Turkey's membership in NATO has remarkably increased following Turkey's decision to buy the S-400 air defense system from Russia. To skeptical Westerners, Turkey's current rulers, coming from a political Islamist past, have been at odds with the core values of Western international society and seek a new regional environment in the greater Middle Eastern region whereby Turkey would play the regional hegemon.

Turkey's coming closer to neighbors to the south prior to the Arab Spring, Turkey's voting against the U.S.-sponsored United Nation's Security Council resolution in 2010 to put sanctions on Iran, the deterioration of its relations with Israel in the aftermath of the Davos crisis in January 2009 and the so-called Mavi Marmara raid in May 2010 and Turkey's continuing support for Hamas despite the latter's regional isolation in the post-Morsi Middle East constitute the main reasons to argue that Turkey was drifting away from the West.

In recent years, such accusations increased due to a steep deterioration in Turkey's relations with the European Union and United States. Turkey's adoption of an ambiguous and critical attitude toward the European Union that reflects the widening gap between European and Turkish political values was instrumental in this process. That Turkey suspended the migration deal with the EU, struck in spring 2016, in response to measures that the EU adopted to protest Turkeys' drilling activities in the Eastern Mediterranean off the coast of Cyprus further insulted Turkey-EU relations.

On the other hand, Turkey's resistance to the formation of a Middle East NATO with the participation of Egypt, Saudi Arabia, the United Arab Emirates (UAE) and Israel, Turkey's equivocation with regard to supporting the U.S.-orchestrated isolation of Iran during Donald Trump's presidency, Turkey's growing efforts to find a solution to the Syrian civil war through closer cooperation with Russia and Iran, the never-ending American support to PKK affiliates in northern Syria, the continuing American tolerance of the presence of the leader of the Gülenist Terror Group (FETÖ) in U.S. territory and Turkey's buying the S-400 air defense system from Russia have put Turkish-American relations on a collision course.

The way regional developments in the Middle East have evolved over the last four years has undeniably demonstrated that Turkey and the West were not always on the same page.

It is now the case that realism is shaping Turkey's foreign policy decisively with Ankara taking bold initiatives to ensure its territorial security through a mixture of unilateral military initiatives and multilateral strategic cooperation with non-Western actors.

At stake now is the preservation of Turkey's territorial sovereignty, economic development and societal cohesion in an increasingly anarchic international environment that is far from providing Turkish rulers with a permissive atmosphere to set in motion a Turkey-centric regional, and if possible, global order.

Out are liberal dreams to help bring into existence an EU-like regional environment in the Middle East and put identities and values at the center of Turkey's interaction with external actors.

Developments in Egypt, Syria and Iraq have proved the limits of Turkey's ability to help shape the course of developments on the ground. Western policies have undoubtedly contributed to the realist revival in Turkish foreign policy.

Turkey's Western allies, notably the United States, adopted an exemplary pragmatic approach throughout the Arab Spring process, rather than demonstrating a sincere commitment to the liberal-democratic transformation of the entire region.

Despite their rhetorical support to the strengthening of liberal-democratic forces in the region, it is now undeniable that Western actors prioritize security and strategic stability over human rights and democracy. U.S. President Donald Trump's aversion to putting human rights at the center of U.S. foreign policy and his predisposition to deal with regional actors in a transactional manner seems to have pushed Turkish decision makers to redefine Turkish foreign policy more on realist than liberal grounds.

Judging global and regional actors by the degree of their commitment to Turkey's conventional security interests and economic development process has now become the new lingua franca of Turkish foreign policy.

The days of the Cold War era in which common security interests tied Turkey closely to its Western allies within NATO are long gone. Neither strategic-security nor ideational value-oriented reasons justify an unquestioning Turkish commitment to NATO.

However, this is not unique to Turkey within NATO. Even the United States, the engine of NATO so to speak, is increasingly questioning the relevance of NATO for American security interests in the 21st century. Fearing growing American detachment from Europe, many Europeans now argue that the time to help bring into existence autonomous EU strategic-military capabilities has finally arrived.

Besides, Turkey's decades-long journey to become a member of the European Union is still an open-ended process with those traditionally supporting Turkey's accession to the union on the basis of strategic, economic and value-oriented considerations now in the minority both in Turkey and in European capitals.

Neither current Turkish rulers are now wholeheartedly pursuing the EU membership goal, in stark contrast to the time between 2002 and 2007, nor is the EU in a mood to offer Turkey credible membership prospects in a time of growing concerns over its future.

It is no longer the case that Western countries see Turkey as a role model for the countries in the greater Middle East due to its moderate Islamist identity, pro-Western secular orientation and integration into the capitalist world economy. In an age of growing appeal of authoritarian capitalism of the Chinese kind and galloping crisis of free market oriented liberal democracy in the West, defining Turkey as a role model has lost some of its appeal.

Rather than feeling satisfied with the role model identity that Western actors have long instrumentally ascribed to Turkey in their efforts to preserve their global primacy, Turkey is now in the midst of charting its own way and deciding what is good for itself.

Despite such a picture, Turkey's foreign policy orientation in no way justifies the claim that Turkish rulers have been hollowing out the Western-led liberal world order in a revolutionary manner.

What is occurring is that Turkey, similar to many other middle-level rising powers, has been going through a readjustment process in its external relations given that a new order is coming to the fore in which the primacy of traditional Western powers are now increasingly contested by non-Western powers in many diverse areas of global governance.

Turkey's increasing engagement with non-Western countries can be much better explained by realpolitik concerns rather than Turkey's full subscription to non-Western models of political maturation and economic development.

Despite occasional outbursts of imperial and grandiose rhetoric on the part of some Turkish rulers, Turkey's recent foreign policy record at global and regional levels is full of realpolitik attempts at mitigating the negative consequences of external crises on Turkey's internal stability and territorial security as well as increasing Turkey's ability to survive in an age of great power competition.

Once Turkish rulers had hoped that the liberal democratic transformation of the Middle East throughout the Arab Spring process would be strongly supported by Western powers. It is this assumption that encouraged Turkish rulers to overlook the fact that Turkey's own capabilities would not allow it to play an "order-instituting" role in its neighborhood.

Otherwise, the messages Turkish rulers tried to disseminate in their region were very much in line with Western political norms. The legitimacy of regimes should first and foremost emanate from their ability to make their people feel safe and affluent and rulers should be accountable to the electorate for their actions.

Turkey has long argued that the emerging order in the Middle East should be built on the principles of representative democracy, free market oriented capitalism, respect for minorities, constitutionalism and societal pluralism. These are the very principles that constitute the gist of Western civilization. Such liberal thinking is now gone and Turkish rulers seem quite aware of Turkey's limits.

Besides, accusing Turkey of adopting a non-Western strategic outlook would be unjust given the growing schisms within the Western camp and the simultaneous efforts on the part of Western powers to adapt themselves to the emergent post-Western global order.

The ideational aspects of Turkey's commitment to the Western world have surely experienced a gradual decline with Western powers themselves undergoing a soul-searching process in regards to the constitutive norms of the Western international order.

Above all, Turkey is now arguing for the reconstitution of the international order in such a way to reflect current power balances and configurations. Yet, Turkey's approach toward the Western-led international order is evolutionary and foresees the incorporation of new rising powers into the existing system as responsible stakeholders.

It is noteworthy that many public opinion polls undertaken in recent years reveal that more than half of Turkish people still want to see Turkey become a member of the EU and cooperate closely with NATO.