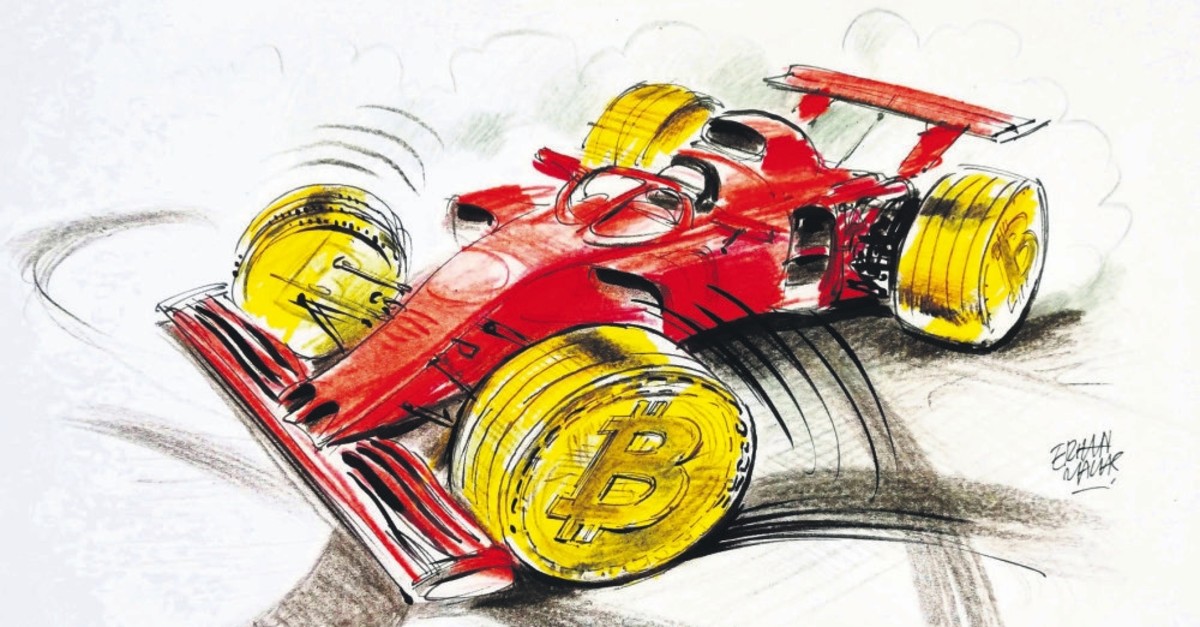 Bitcoin has been on the world agenda with its high-value increases seen in Turkey and the rest of the world. However, its legal status is still highly controversial as it does not have physical assets and some of the basic features of a currency in the context of capital market law.

One view claims that bitcoin does not provide the essential features of money and that it should be regarded as a commodity. According to this view, bitcoin should be used as an instrument of exchange and not as an investment instrument in quality. Nevertheless, for Faruk Fatih Özer, the founder and CEO of Koineks, bitcoin has a distinct significance: "Just as paper has become the dominant currency in the world for centuries by replacing gold, bitcoin will allow us to see the current currencies as commemorative currencies that we now see as currency with the digitalization of the entire world in the near future."

In this article, I will be pointing out the regulations and legal procedures regarding blockchain technology and bitcoin in Turkey.

First: How to acquire bitcoin?

Bitcoin is a form of digital currency, created and held electronically. In other words, it is an open-source peer-to-peer electronic money and payment network introduced in 2009 by a software developer called Satoshi Nakamoto.

It is called a cryptocurrency because it uses cryptography-secret code to secure transactions and the idea was to produce a currency independent of any central authority, transferable electronically with very low transaction fees.

There are two ways to acquire bitcoins. One option is to "mine" them yourself, by using software programs that follow a mathematical formula to produce bitcoins.

Hundreds of computers that work together to process bitcoin transactions are called "miners" and bitcoin transaction process is called "mining." It's called that because every 10 minutes, on average, a bitcoin miner wins a computational race and gets a prize and currently that reward is 25 bitcoins, worth around $12,500 and only 21 million bitcoins can ever be created by miners, which are limiting its supply of virtual coins. Bitcoins are stored in files called "wallet" that contain encryption keys, or secret codes and that allow you to transfer your bitcoins to other people.

Bitcoins considering features of this virtual currency contains several upsides and downsides. Firstly, the most important thing that makes bitcoin different to conventional money is that it is decentralized, which means the network for bitcoin transactions is not controlled by one central authority.

In addition to that, users of bitcoin network are not necessarily defining any personal identity information. Therefore, bitcoin alarms many government authorities, especially law enforcers, since it has the ability to be used anonymously, bitcoin is considered as a potential instrument for money laundering.

Although, bitcoin network stores every detail of every single transaction that ever happened in the network in a huge version of a general ledger, called the blockchain, it actually does not relieve the concerns of secrecy.

For a publicly used bitcoin address, anyone can see how many bitcoins are stored at that address, however it is not possible to reach the owners personal information. Moreover, users can take some measures to keep their transparency by not using the same bitcoin address consistently or by avoiding huge amount of transactions from one single address.

The virtual money bitcoin also does not provide 100% guarantee. Online violations and hackers make bitcoins and users "wallet" very fragile wherefore it is not depending on any regulation or law enforcement.

On the plus side, bitcoin transaction fees are minimal, or in some cases it is free, where banks may charge considerable amounts for such transactions in international transfers. By using bitcoins, it is always possible to send money anywhere and it can be reachable minutes later after the bitcoin network processes the payment. However, bitcoin transactions are irreversible, so once bitcoins are sent, it is not possible to get them back unless the recipient sends them back.

Codes on the Crypto Money

According to a survey conducted by ING International Survey, Turkey is the capital of Europe in case of cryptocurrency. It is stated that one in five people in the country owns crypto money.

In preparation for this situation, the Turkish government did not remain silent and made a move that brought a lot of noise. It passed the relevant law from Parliament. The 11th Development Plan 2019-2023 in Turkey has proposed the formation of blockchain-based central bank money.

Reportedly, the commission also planned to encourage the securitization of assets in the banks. After Venezuela, which has introduced a currency backed by its oil reserve – "petro," this will be the first cryptocurrency backed by a federal central bank.

Today, it's easy for a Turkish citizen to have access to cryptocurrency like bitcoin, with Turkish platforms like Koineks.com where they can exchange the Turkish lira for bitcoin and altcoins.

Lately, bitcoin's price has become stratospheric, continuing to rise and encouraging several Turkish stores to accept it as a means of payment. In Turkey, shopping with bitcoin is theoretically possible, from real estate to furniture.

The number of Turkish companies accepting bitcoin as means of payment has increased significantly. Currently, 50 to 60 companies officially accept payments by bitcoin and other cryptocurrencies.

For Özer, "with new crypto money to be produced by the central bank of Turkey, it will be the first time that crypto money has taken an official step and people will have more advertisements for using crypto money. These moves will directly affect the future of cryptocurrency. This issue will play an active role in the fact that Turkish investors have more information and crypto money."

Since bitcoin and other cryptocurrencies are designed to be decentralized and not under the control of any authority, they give control of the individual's money into the hands of that individual. This is one of the reasons that make it difficult for legislators to make legal and financial arrangements.

The regulations made by countries on cryptocurrencies vary greatly. However, the general legal tendency in the world is that cryptocurrency is not a legal payment instrument, but payments made with cryptocurrency are not considered illegal.

Despite this, many countries have not yet regulated cryptocurrency. Aside from states such as Switzerland and the United States, which could be considered pioneers in bitcoin and virtual currencies, it is difficult to say that a global consensus or regulation could be reached on the legal nature and regulation of bitcoin.

Recently, it has become a system used for tax evasion, drugs, online gambling and even money laundering crimes. Because of these risks in the system, governments are hesitant to recognize bitcoin. As there is no legal regulation in our country, the use of bitcoin and/or payment with bitcoin is free and it is not an act requiring legal sanction.

At the present time, Turkey's cryptocurrency regulation is nonexistent. Lawmakers have not seen fit to restrict or regulate the trading of these digital currencies within the nation.

In fact, it seems they may be interested in issuing their own digital currency even. They've drafted paperwork for what they call "Turkcoin," and if it goes ahead then they would be one of the first country's to have an official cryptocurrency.

While there has been some discussion on increasing regulations on bitcoin and other cryptocurrencies within the country to reduce or eliminate the ability for bitcoin to be used for crime, so far there are no details on this concept.

While the climate for cryptocurrencies is currently favorable, investors should be wary. It's entirely possible that a country with its own cryptocurrency could try to ban its citizens from using any outside coins or tokens which they do not control.

However, at the present time that seems unlikely, and the nation's officials seem more interested in generating tax revenues from bitcoin than banning it. This trend is likely to continue into the near future and investors can likely expect good things here.