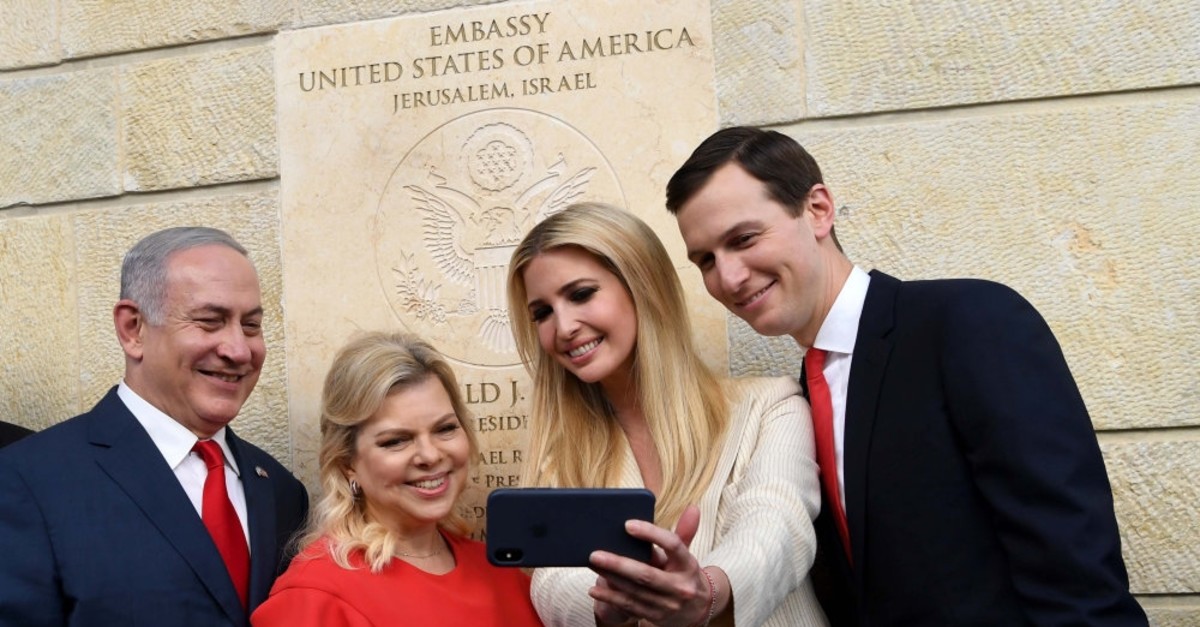 If Kushner had known the history of the Palestinians and had seriously studied their struggle and resistance, he would never have presented such a controversial plan for the region

The economic proposal purportedly designed to help foment the Israeli-Palestinian peace plan, the product of two years of work by U.S. President Donald Trump's son-in-law and White House senior adviser Jared Kushner and other sides, was rejected immediately by Palestinians for many crucial reasons that touch on the heart of their struggle for independence for over 51 years.

If Kushner had known the history of the Palestinians and had seriously studied their struggle and resistance, he would never have presented this plan.

For the Palestinian people, it is the longest occupation in recent history, decades of de-developmen​t, suppressed human potential and denial of the right to live with dignity and respect.

Fifty-one years of ongoing resistance in a society torn apart and geographically fragmented, yet the Palestinian people survived and demonstrated remarkable resistance to the attempt to erase them through "sumud" (steadfastness), collective action and defiance.

The occupation has hollowed out the agricultural and industrial sectors and weakened the ability of the economy to compete locally and abroad.

Economic growth in all sectors is constrained by the loss of land and natural resources, annexation of land in the West Bank to Israeli expanding settlements and the continuing siege of Gaza.

The situation is further exacerbated by restrictions on the import of essential inputs and raw materials, which escalate production costs, depress investment and set the economy on a path of high unemployment and widespread poverty.

The Palestinian economy suffered yet another negative shock in the form of a 50% drop in donor support between 2014 and 2019 due in part to the occupation preventing previous aid flows from translating into tangible development gains. Most donor support has been used for damage control, humanitarian interventions and budget support.

If Kushner had knowledge of the resistance of the Palestinians, their concept of sumud and ways of surviving in the context of occupation, chronic adversity, lack of resources and limited infrastructure, he would not have made this attempt or any further similar attempts.

Each Palestinian has to resist to stay and not to leave his place, position or community. It is a 24-hour resistance.

As a result, Palestinians have experienced ongoing collective punishment, trauma, suffering, social distress and political oppression. Palestinians living in chronic conflict have always responded by creating innovative and positive strategies to cope with occupation practices in determination not to leave or be violently deposed from their land.

Education, family support, community network, social support and arts were the main sources of their peaceful resistance besides their political awareness and activities that helped them to find meaning in their lives and make sense of their struggles.

In his book, "The Third Way," Raja Shehadeh, a Palestinian author and human rights lawyer, writes of the everyday practices of sumud: "Long before Arab politicians outside defined Sumud as a pan-Arab objective, it had been practiced by every man, woman and child here struggling on his or her own to learn to cope with, and resist, the pressures of living as a member of a conquered people. Sumud is watching your home turned into a prison. You, Samid, choose to stay in that prison, because it is your home, and because you fear that if you leave, your jailer will not allow you to return… It is developing from an all-encompassing form of life into a form of resistance that unites the Palestinians living under Israeli occupation."

Each Palestinian has struggled to survive and thrive on the land, overcome adversities and cope in his own way with the daily chronic challenges. Palestinian cultural production historically echoed and shaped a national identity struggling to survive.

"Classical" Palestinian art forms, such as Ghassan Kanafani's literature, Mahmoud Darwish's poems, and Suleiman Mansour's paintings, voiced the nationalist aspirations of the Palestinian people and often endeavored to depict their trauma of refugee hood and exile.

The Palestinian sumud concept is highly significant to Palestinian culture and is deeply rooted in their history and heritage.

The prolonged history of occupation, displacement and siege motivated the Palestinians to develop their resistance strategies and gain experience in how to survive.

For them, resistance was linked to connectedness to the land, cultural continuity, political activities, community solidarity and collective identity. They also have family and community connectedness and spirituality. Their language, history, traditions and storytelling are also considered sources of resistance.

Kushner was mistaken to think that his economic plan will be seen as transformative enough that it will overpower the Palestinian voices demanding a two-state solution, East Jerusalem their capital, a return to 1967 borders and Palestinian refugees' right of return.

The whole initiative will never persuade the Palestinians to abandon their decades-old quest for political rights in return for an uncertain promise of a new economic future that has been made by politicians before.

It is an identity and fate of a nation that has suffered and struggled for centuries seeking their freedom to live peacefully in their homeland Palestine.

* Palestinian author, researcher and freelance journalist who won two prizes from the Palestinian Union of Writers