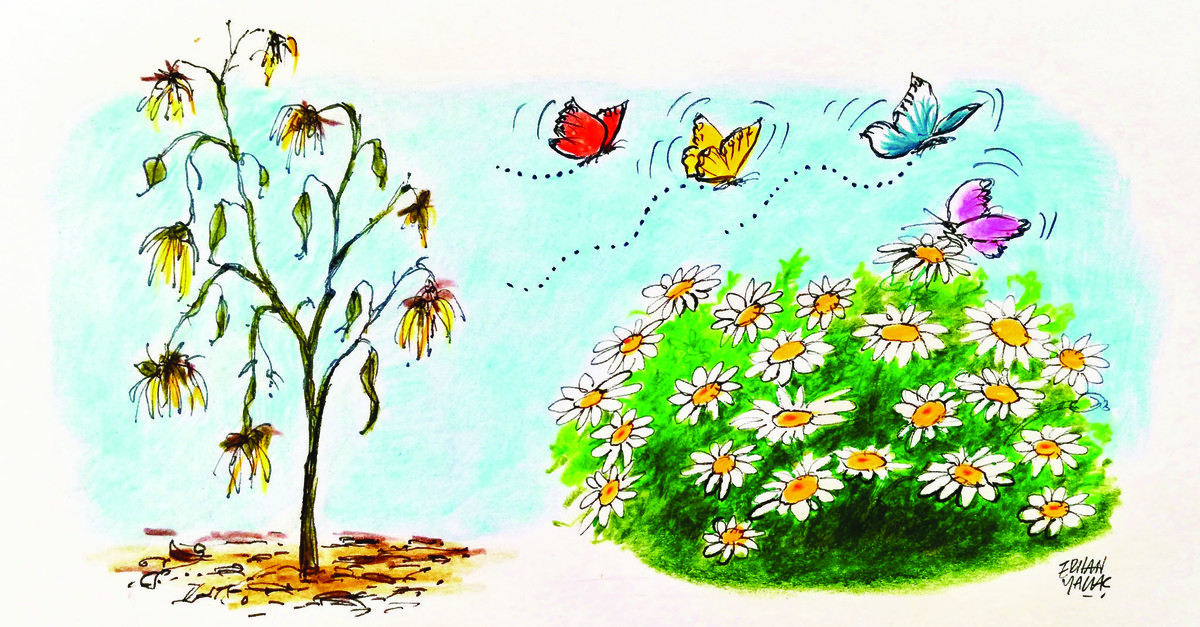 By seeing Japan and South Korea as alternate possibilities, Turkey would not be stuck between the U.S. and China; instead, it would create a more balanced situation

Asia has always been in the orbit of Turkish foreign policy. However, the desired level of stable, strong relations with the region has not yet been achieved. Over the past two decades, Turkey has endeavored to forge relations with Asian countries, resulting in greatly improved political, economic, cultural and tourism relations compared to the previous decades. As a result, Turkey's recognition has been enhanced in the region.

Turkey will be looking for greater and comprehensive partnerships covering all possible realms from cultural and technological sectors to political fields. This was officially declared by Turkey in August by Foreign Minister Mevlüt Çavuşoğlu at the 11th Turkish Ambassadors' Conference held in early August.

Çavuşoğlu detailed the importance of "Asia Anew" as a contribution to regional and global sustainable peace and development. At the same time, he described this initiative as the broadening of the axis where Turkey is in the middle, a move considered to be the most rational strategy.

Turkey is one of the most recognized countries in the world thanks to its history; however, whenever Turkey begins to pull its own weight in world affairs, some internal and external issues are exposed. These issues have affected Turkey directly and indirectly.

The current Asia initiative is an ambitious plan to get closer to a region where the Turkish people and state are sure to find many similarities. In that sense, I expect Turkey's new Asia plan to be more successful given the right visionary, comprehensive, courageous, advantageous, harmonious and alternative mutual policies while being open to learning and interacting with the region.

There is no doubt that Turkey's geographical and geopolitical position is unique. However, Turkey should find a new discourse that attracts, appeals to and convinces the people in the region.

In terms of political and economic domains, the uniqueness of Turkey with its location, people, system, economy and history is disputably meaningful to states and businesspeople.

On the other hand, for the educational, cultural, social and tourism sectors, Turkish plans should be supportive. Turkey should allow each institution, organization or office to cooperate with each other with the same specific aim, with each having its own new, appealing, distinctive approaches and projects.

Turkey realizes that helping people in need is a very precious goal. In doing so, Turkey will be better known in the region, which is influencing the world with its huge population, economic growth and transformation. It is a very assertive policy aim for a middle power like Turkey, surrounded by multiple issues in its own region.

It is important to mention here that the Turkish Africa Initiative has been successful in general. I have not been to Africa yet, but I have heard from Africans whose countries host Turkish business and nongovernmental organizations (NGOs). They have said the Turkish businesses and organizations have been taking part in projects that ease the daily life of people and contribute to the development of their countries.

However, Asia is not Africa. It may be a bit challenging to charm Asians as most countries in Asia are more developed than African countries in terms of economy, social life, technology and education. Hence, Turkey's new outreach initiative to Asia should be stable, tactful, consistent, compatible and coherent in all its parts.

For example, it is worth mentioning that the Turkish humanitarian approach in Aceh, a region of Indonesia, is well-organized. It has managed to improve sincerity and brotherhood between Turkish people and Indonesians.

Moreover, it is necessary to declare a firm welcome for Turkey from Indonesians. So, one can imagine the positive outcomes in other fields based on this humanitarian approach to Aceh.

This humanitarian method may be implemented in Pattani, a region of Thailand, and in Mindanao, a region of the Philippines, in accordance with these countries' domestic laws. This, of course, would have to be done in cooperation with Bangkok and Manila, respectively.

He has also suggested two options that could very well end the oppression: giving the Rohingya citizenship or letting them have their own state. He has even urged Association of Southeast Asian Nations (ASEAN) members to speak out against the Rohingya genocide in June during the 34th ASEAN Summit in Bangkok.

Just like the Rohingya Muslims, Muslims in the Indian subcontinent should not be forgotten.

Could Japan and South Korea be alternative technological poles for Turkey?

What Turkey can offer here is an assurance that it will be a hub for Japanese and Korean products – joint production – while providing alternative advantages to these two nations in reaching Europe, the Middle East and Africa.

Therefore, knowing the field and being able to see and take advantage of any chances may bring about a remarkable transformation for Turkey. During my visit to South Korea in June, I had meetings with many people from whom I heard that South Korean companies are experiencing hard times in business due to Chinese influence in the global market.

I asked one of them about the possibility of technological sharing with Turkey. He explained that South Korea may share technology; however, the Turkish technology industry may not have adequate infrastructure in some sectors.

By seeing Japan and South Korea as alternate possibilities, Turkey would not be stuck between the U.S. and China; instead, it would create a more balanced situation.

For example, when Turkey approaches the East, some experts may depict it as an axis shift in Turkish foreign policy, or it could very well be the opposite in the future. Therefore, to prevent Turkey from getting crushed between the U.S.-led and the Chinese-led orders, Turkey may try approaching pioneering Asian countries according to their levels of success in various sectors to complete and modernize its transformation.

For instance, China could be approached for artificial intelligence (AI), Japan for automobiles, South Korea for machines and so on. In this way, as a middle power, Turkey would be secured from excessive dependence on two major powers. Thus, Turkey would be able to maneuver more independently. This would enable Turkey to minimize its future losses and maximize its power of survival against any internal and external threat.

Additionally, Indonesia, Malaysia, Thailand and the Philippines are significant countries to focus on. At the same time, Vietnam, Laos and Cambodia should also be given importance within the Turkish Asia initiative to improve and strengthen relations in all aspects. The Turkish humanitarian approach may help Vietnam, Laos and Cambodia alleviate their burden as these nations are mostly receiving funds, grants or loans from major players.

Turkey's humanitarian approach may support Thailand and the Philippines in stabilizing their Muslim-majority regions, which would contribute to maintaining peace and prosperity at home, in the region and beyond.

Both Malaysia and Indonesia are perceived as brotherly nations by Turkey, and Malaysia has already shown a strong willingness to cooperate with Turkey in many sectors, including the defense industry. Besides, Turkey may attempt to participate in the Indonesian transformation projects, which will cost over $410 billion by 2024.

Obstacles for the Asia initiative

There may be some difficult cases to handle in the region, such as the Uighur and Kashmir issues. Thus, Turkey should study and analyze the region well so that its time and resources will be spent wisely.

Another vital issue seems to be the lack of qualified staff who understand the region, as well as the lack of enough focus for the region. In the end, I believe Turkey can capitalize on its own human resources and beyond.

The aim should not be to simply open a Turkish restaurant or cafe; instead, businesses, NGOs or the Turkish state should adopt a stance of mutuality in dealing with Asian nations. There should be a focused vision in Turkey for Asia.

Turkey could very well achieve the stated goals for its interests in Asia. However, in doing so, Turkey should not forget its own limitations and must use its resources wisely. Moreover, it should not be stuck between the U.S. and China, a situation that is portrayed by some experts and commentators.

On the contrary, it should maximize its relations with regional power hubs and other middle or small nations as well. In this long journey forward, Turkey will need more than just traditional officers. In order to get a share in the Asian market, its vision and mission must be clear while innovation and competitiveness must be its beacons.