The UN is in dire need of reform 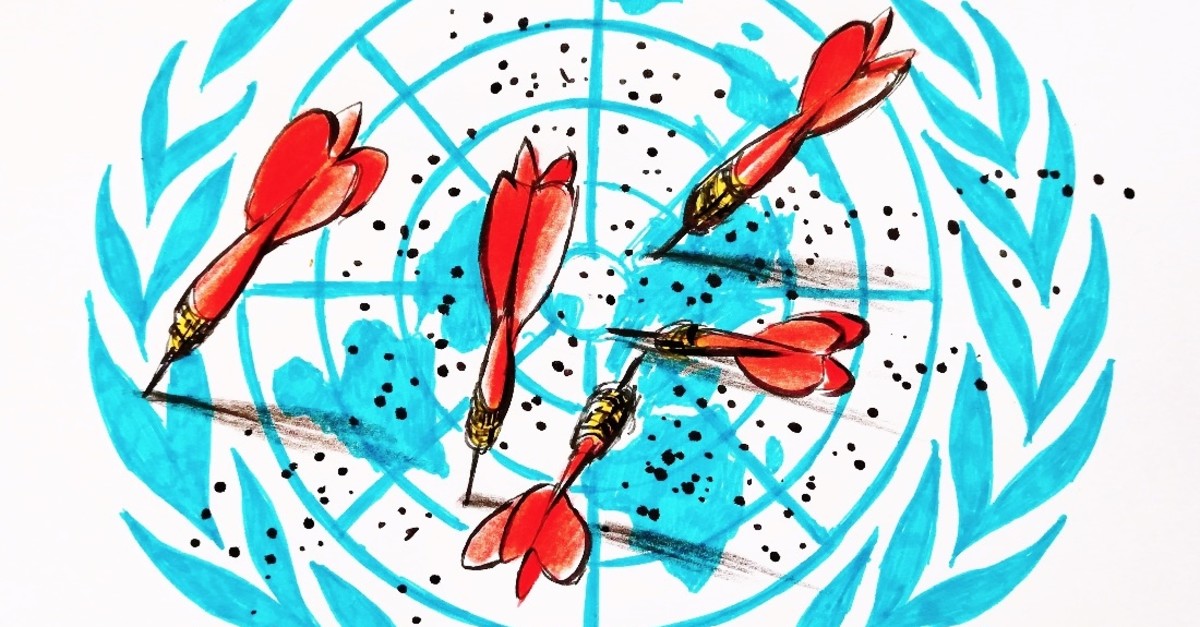 The U.N. security council must first take steps to cancel the veto privileges and provide equal rights to all members. By doing so, it could strengthen its legitimacy and credibility at the same time

The other 10 member states have nonpermanent status, being elected by the U.N. General Assembly for two-year terms, and they do not have veto power in the council. Although many states objected to this privileged permanent status and veto power for the P5, the five states actively continue to shape international relations through the United Nations with the rest of the world.

Why is 'the world bigger than five?'

Since 1945, this veto system in the U.N. Security Council has not been favorable for developing states in world affairs. Every state strives to maximize its own national interests in international relations.

Therefore, the P5 states do not represent the national interests of medium or small states in the council in global affairs, but it does serve the hidden interests of P5 member states. Because of the superiority of the P5 member states' political, economic and military status, they continue to press the developing countries not to change the current voting provisions.

In short, the problem with the Security Council is the lack of political will of the P5 members, and their determination to keep their "privileged status" in the U.N. mechanism. The selfishness of the P5 is a constraining mechanism for egalitarian decision making in the council for the rest of the world.

Cause of the problem

Decision-making in the council is not based on an open and equal system for all states. It is merely limited to P5 states of the 193 member states. A group of state representatives control the Security Council, which resembles a closed gentleman's club of ambassadors.

This philosophy leads to a deadlock among P5 states to reach "effective" decisions. The Security Council as an institution is not capable of resolving conflicts, and it fails in conflict management in general due to insider decision-making processes stemming from five superpower states.

For instance, it authorized the use of force to prevent the occupation of Kuwait by the Iraqi military in 1990. In the 1990s, more collective measures were taken against Somalia, Liberia, the former Yugoslavia, Libya and Angola, Haiti, Cambodia, Namibia and Rwanda.

It can be said the conflict management of the Security Council failed in these countries. In fact, it caused even more tragedy and casualties in the following years in these countries. The underlying reason is that in a room full of ambassadors of P5 states, both unwillingness to take actions based on the selfishness of states for their own national interests and disagreements among superpower states retard any actual progress.

For example, if the Security Council had taken action earlier, the Rwanda genocide in 1994 and Bosnian genocide during 1992-1995 could have been prevented. Globally, the failure of the U.N. Security Council to prevent large-scale human suffering stems from the absence of international cooperation among these five superpower states on these crises where their common interests do not converge.

While there are newly emerging states in global affairs, such as Brazil, Turkey, India and so on, some developed states have already begun losing their political, economic and military status seen in the 1990s.

There has been a consensus about a continuing "slowly but surely" change for the balance of power in international relations, moving from the West to the East. This ongoing development has been taking place in the distribution of military and economic power.

The trade war that has been going for about a year between the U.S. and China is a sign of the struggle for a power shift. Another sign is that Japan has been building its own military capabilities since 2012 to wean itself off of U.S.' military support.

There have been many reform proposals to improve the council's current distribution. There is widespread agreement that reforms are needed for the current structure of it, including feedback from politicians, academics, writers, nongovernmental organizations (NGOs)and media.

Many argue that a major change is more than needed.

The New York Times recently declared that the council "is indisputably out of date." Brent Scowcroft said, "Current international institutions, the U.N. among them, are structured for a world that has departed."

Along the same line, the director at the School of International and Public Affairs at Columbia University, Professor Edward C. Luck, explained: "It is generally accepted that the Security Council is long overdue for a major overhaul. The calls for its radical reform have come with such frequency."

Since its formation in 1945, the council has slowly built powerful credibility in the international community, despite its lack of diversity and fair representation of all 193 members.

Furthermore, a professor at Northwestern University, Ian Hurd, claims, "That the current membership structure constitutes a legitimacy crises for the U.N. Security Council."

Legitimacy is a precious resource for the international community's peace and security. This very important aim can be achieved with equal rights in state representation on the council.

For a better United Nations, the council needs better credibility, legitimacy and equal representation for every nation, which the international community demands for peace and security.

Reforms have been an outstanding problem from the beginning, especially with the veto power system granted to the P5 member states. In this regard, as the saying goes: "Power corrupts, but absolute power corrupts absolutely."

That's why President Recep Tayyip Erdoğan challenged the current structure of the U.N. Security Council by saying, "The world is bigger than five." What he tried to highlight was the ongoing inequality and injustice in the council's current mechanism.

Indeed, the solution is not hard to find. The council must first take steps to cancel the P5's veto privileges and provide equal rights to all members. By doing so, it could strengthen its legitimacy and credibility at the same time.

If not, the global order seems to suffer more from instability and a lack of trust among countries. It is high time for the U.N. to encompass the diversity among states for better decision-making and to form a more comprehensive platform to defend the rights of all 193 member states equally.