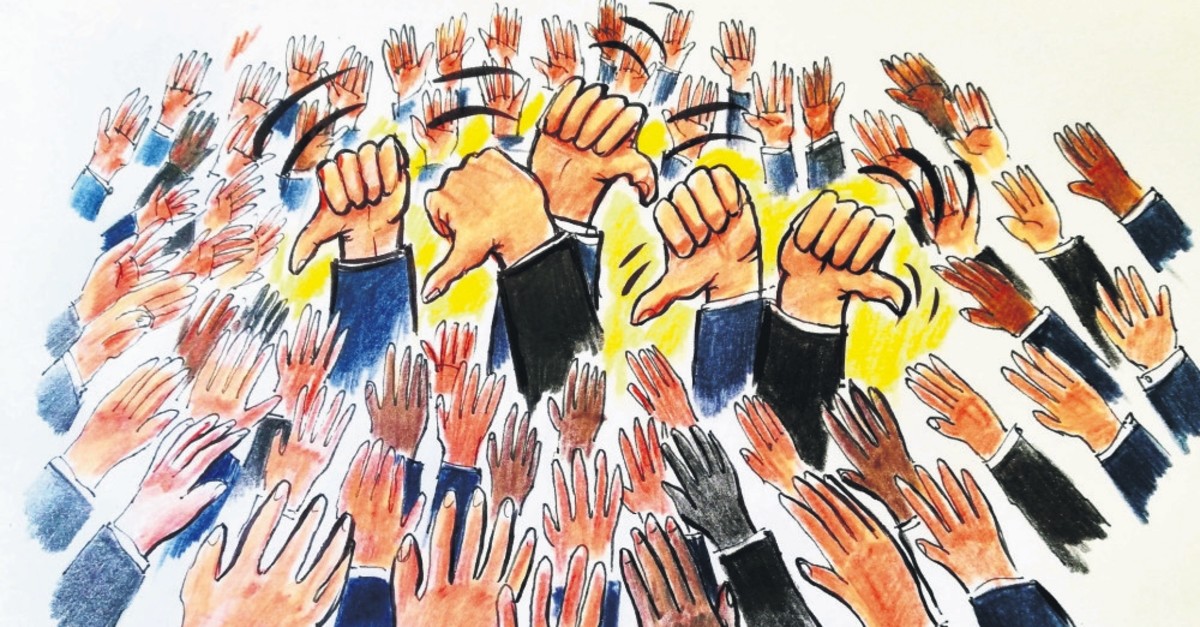 The United Nations was established to avoid destructive wars like World War II through checks and balances under the umbrella of this institution. The United Nations Security Council, also known as the "Permanent Five" or the "Big Five," is comprised of China (formerly the Republic of China), France, Russia (formerly the Soviet Union), the United Kingdom, and the United States. In addition, there are 10 temporary members of the U.N. who are elected for 2 years.

The current U.N. Security Council members are Belgium, Cote d'Ivoire, Dominican Republic, Equatorial Guinea, Germany, South Africa, Indonesia, Kuwait, Peru, and Poland. Each member presides over the council monthly. Presidency of the council will be handed over to the Russian Federation in September from Poland, which was the president in August.

These permanent five members are able to utilize their veto power, essentially overriding any decision that comes to the U.N.

For example, while there is precedent for the legal use of nuclear power, these five permanent members put heavy pressure on countries which already have nuclear power or plans to develop nuclear facilities. To reiterate, when one member nation comes to a certain decision, the other permanent members may use their veto powers.

In the 21st century, the structure of U.N. Security Council should be updated according to the new needs, the current international balance and ongoing issues related to all nations. Therefore, those new necessitates pave the way forward for reforms.

The United Nations is open to all "peace loving states," out of the member nations, no others have been invited as permanent members. It is an irony that three of the permanent five nations – the U.S., France and the United Kingdom, advocate for global democracy and universal human rights while being part of a system, which had been established by them, that is not at all democratic.

Currently, there are four countries – Brazil, Germany, India and Japan – looking for permanent membership in the U.N. Security Council. However, this goal requires gaining the support of two-thirds of the U.N. member states, something which is very achievable.

However, the biggest obstacles for new candidates as permanent members lie in possible opposition from any one of the current Permanent Five nations.

It is human nature to always seek power and, once it is in one's grasp, it is hard to let go of such power. Therefore, these five permanent members are not eager to share their advantaged position with any other nation, which is not fair given the current international geopolitical system. Representation in the U.N. Security Council should be equal to all parties, or at least according to all regions, which means that all regional players should be having the same rights.

Therefore, it would be beneficial to expand number of members in the U.N. Security Council or replace the current member with new ones.

For example, France and the United Kingdom are not in the same level as they once were, but they still have influential roles in the world.

How the U.N. Security Council voting process works is not complex. Each member has one vote. A draft resolution must gain support from nine members out of 15 with no opposition from the Permanent Five. And members can stay neutral by voting that they abstain.

For the rest of the world

It is a well-known fact that Muslims are divided because of political and religious issues. Turkey is on one side of the divide being Hanafi-Sunni, while Saudi Arabia, being Wahhabi and Iran being Shiite place them on other sides; and the increasing rift between Iran and Saudi is taking more attention in the region. There is no doubt that this split gives a perfect opportunity to those who have secret agenda for our beloved lands.

President Recep Tayyip Erdoğan has reiterated that the world is bigger than the current five permanent members. Some people interpreted this as a call for only Muslim nations to become new members of the U.N. Security Council. It was the President Erdoğan who then repeated his stance during his visit to India: Turkey opposes any kind of imperialistic world order.

The inequality must end

We used to see China veto American resolutions, or Russia supporting a resolution that has not been supported by the U.S. This creates a huge problem for smaller nations as they are being subjected to the whims of the major players; especially when a decision is related to these smaller nations.

According to some circles, any idea coming from the Muslim world implies it is only for the Muslim nations. However, it does not have to be the case. The ones making these arguments enjoy seeing the world exploited by major powers through any means such as economic, military, ideological, cultural and so on. The world needs equality in all aspects. Is not demanding equal rights for all in line with democracy, which is considered one of the universal human rights? The smaller, and weaker, states should not be a playground for the Permanent Five.

In the new permanent membership, the 10 non-permanent nations in the U.N. Security Council can request for reforms when it comes to membership. One such reform would be that if a majority of member states, both permanent and non-permanent, agree on something, any opposition from the Permanent Five will be invalid.

Why do some who advocate the slogan "democracy for all" underestimate the Muslim voices?

The current Prime Minister of Malaysia, Mohammad Mahathir, visited Turkey in July. During his visit, he expressed his feelings that the Muslim world needs new collective leadership. In this regard, he said that Malaysia, Turkey and Pakistan could very well lead the Muslim world toward a better future.

What we desire now is these three countries cooperate with other Muslim and non-Muslim countries for positive changes on the global stage. One example could be calls for the Permanent Five to accept a permanent-rotating membership of Turkey, Malaysia, Pakistan and Indonesia. Muslim nations have a right to demand a place on the U.N. Security Council because most nations suffering from backwardness, crises and underdevelopment are Muslim. This is primarily due to regional and global rivalries, or as a result to having been colonized. The representation of Muslim states in the U.N. Security Council will provide them with the power to speak louder for Muslims and oppressed nations and may protect Muslim nations from being easily invaded, blamed, or destroyed.

The significance of the OIC

I want to mention the Organisation of Islamic Cooperation (OIC) which seems to be just as ineffective as the United Nations. I will not be going much into the OIC, but it should be noted that the goal of this organization is powerful. However, it rarely produces effective solutions for the Muslim world. So, I will confine my thoughts on the OIC in a few paragraphs.

Just hearing someone speak the name "Organisation of Islamic Cooperation" sounds uplifting, especially for a Muslim. However, it is a fact that this organization of 57 member states is one of the most ineffective, useless and unsuccessful institutions.

If the organization cannot produce anything with a collective mind, then it should be either abolished, or restructured, or transformed into something that would force all members to collaborate for the sake of Muslims.

If we spend each day without finding a solution for each problem, how can we revive our societies?

The OIC members may decide periodically on which Muslim country should occupy the seat of permanent membership in the U.N. Security Council. On the other hand, if the OIC is not the right place, then Turkey, Malaysia, Indonesia, Pakistan and whichever Muslim nations that wish to participate, can establish another international platform. This platform would be organized to be more effective and engaging so that possible stable solutions for Muslim societies could be explored.