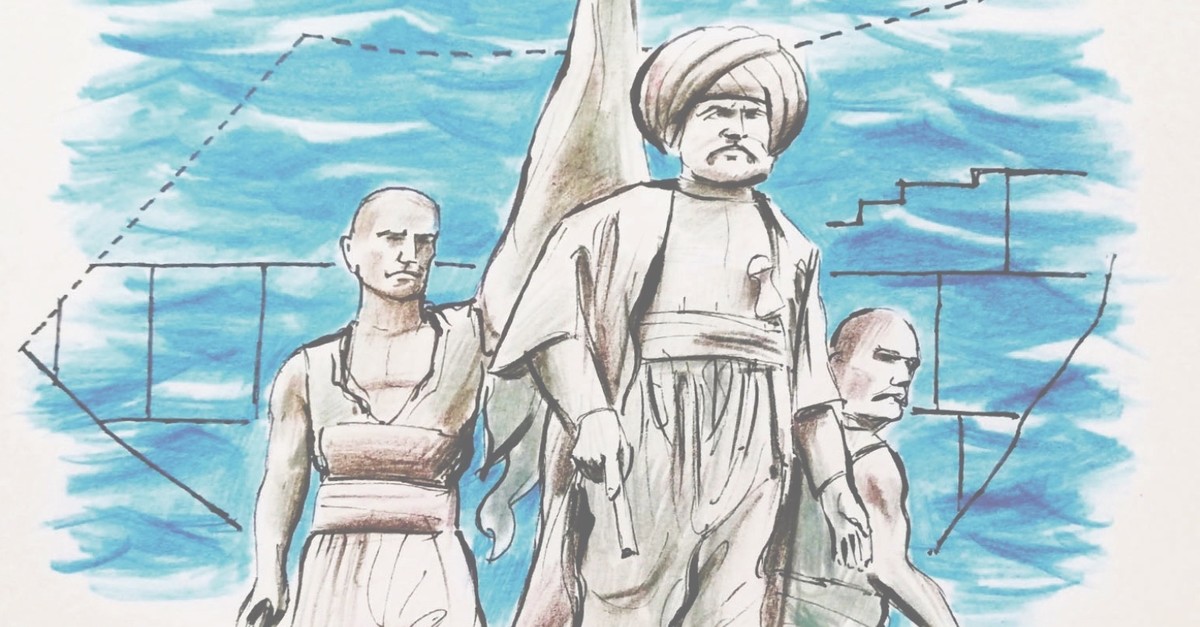 From the perspective of maritime codes in international law, Turkey's arguments in the Eastern Mediterranen are correct and good legal practice

Recently, the Greek Cypriot Administration (GCA), Egypt, Greece and Israel held several talks over the hydrocarbon resources discovered in various parts of the Eastern Mediterranean. However, Turkey and the Turkish Republic of Northern Cyprus (TRNC) were deliberately excluded from these negotiations.

As the issue of energy reserves in the Eastern Mediterranean region includes legal and economic aspects along with political implications, both Turkey and the TRNC should have been invited to the negotiation table to solve the issue.

Indeed, different Exclusive Economic Zone (EEZ) treaties have been concluded in the Eastern Mediterranean between Egypt and other littoral countries like Lebanon, Syria, Israel and the Republic of Cyprus since 2002.

On the other hand, Turkey has taken the issue to the United Nations arguing that these treaties violate the rights of Turkish Cypriots and Turkey, and had its own EEZ charts registered by the U.N. In order to better understand the issue of energy reserves in the Eastern Mediterranean in legal terms, the concepts of territorial waters and exclusive economic zone need to be examined.

The continental shelf of a coastal state comprises the seabed and subsoil of submarine areas that extend beyond its territorial sea, over which it has an exclusive right to explore and exploit the mineral and other non-living resources thereof.

This area usually extends 200 nautical miles from the coastline. Again, according to the United Nations Convention on the Law of the Sea (UNCLOS), the continental shelf is a right ab initio (from the beginning) and ipso facto (by the fact itself) of a country.

Also, the doctrine suggests that these rights apply only to mineral and other non-living resources of the seabed and subsoil, together with living organisms belonging to sedentary species. Article 83 of the UNCLOS holds that, the delimitation of the continental shelf between states with opposite or adjacent coasts shall be effected by agreement on the basis of international law.

Unlike the continental shelf, the EEZ gives various rights to coastal states over the superjacent waters, related with fishing or other activities. The EEZ confers some economic rights to the coastal state, in maritime areas that extend from territorial waters to a line located 200 miles from the baseline, over natural resources of the seabed, subsoil and superjacent waters.

These rights depend on proclamation. According to the Articles 56 and 60 of the UNCLOS, in the exclusive economic zone, a coastal state has jurisdiction with regard to the establishment of artificial islands, installations and structures, and the exploration of living or non-living resources.

The coastal state's existing rights over the EEZ are of an economic nature. International law supports the delimitation of these zones through negotiation by coastal states. When this is not possible, the related states are expected to resort to international arbitration.

If this second option cannot be implemented either, international law allows for provisional solutions between the related states with legitimate interests for the exploitation of natural resources.

In fact, adopted in 1982, UNCLOS has clear provisions regarding this. Hence, unilateral moves to exploit natural resources in maritime areas not delimited yet are regarded as unlawful.

No deal on horizon

No comprehensive continental shelf delimitation has been agreed yet among the related coastal states in the Eastern Mediterranean, regarding the convenient exploitation and transfer of natural gas, oil and other energy resources.

The Cyprus issue definitely plays a role in this. Besides, disputes among littoral states are also a factor. In addition to all these, that the GCA has made agreements with Egypt and Israel, as if it is the only representative of the island, over the delimitation of maritime areas further complicated the issue.

Greece claims that the continental shelf boundary should be drawn along a line connecting the Greek coasts of Crete, Kassos, Karpathos, Rhodes and Megisti, with other islands being given the full continental shelf.

The Greek position entails drawing the continental shelf boundary between Turkey and Greece as the median line between the nearby Greek islands of Rhodes and Megisti on the one side, and mainland Turkey on the other. Without doubt, these claims by Greece are against both the rules of international law and the judgments of the International Court of Justice (ICJ).

On the other hand, the GCA declared 12 miles of territorial waters and 200 miles of an EEZ, as the "Republic of Cyprus," as well as 24 miles of contiguous zone.

Egypt declared 12 miles of territorial waters in 1958. Again, it has adopted legislation claiming up to 200 miles of continental shelf, or to the breadth that allows for exploiting resources.

Egypt declared after UNCLOS went into effect that it has sovereign rights within the EEZ and that it will exercise these rights without infringing upon the rights of neighboring states.

Additionally, Egypt and the GCA signed cooperation agreements in 2005 and 2006, about oil and natural gas exploration and production.

Syria declared 12 miles of territorial waters, 24 miles of contiguous zone and 200 miles of EEZ in 2003. The northern tip of the zones over which Syria gave oil and natural gas exploration licenses in 2011 lies just 30 nautical miles west of the point where the Turkish-Syrian land border ends. The said area is Turkey's maritime zone.

Israel declared 12 miles of territorial waters in 1990. On Dec 17, 2010, it signed an EEZ delimitation agreement with the GCA, which it submitted to the U.N. on July 12, 2011, with a detailed list of geographical coordinates.

Lebanon, which declared 12 miles of territorial waters in 1983, signed a delimitation agreement with the GCA in 2007, which it put into effect in its national law in 2011. Israel's EEZ overlaps with that of Lebanon in a 9-kilometer zone.

Turkey has signed a delimitation agreement in the Eastern Mediterranean only with the TRNC. It has no such agreement with any other state. It signed with Greece an agreement over limited demarcation, but it is not related with the continental shelf.

Turkey is not a signatory party of UNCLOS. Its domestic legislation does not contain provisions about the continental shelf or EEZ, either. The breadth of its territorial waters is 12 nautical miles in the Black Sea and the Mediterranean and 6 miles in the Aegean.

Turkey holds that a delimitation agreement in the Eastern Mediterranean would require the participation of all countries in the region, that the Greek Cypriots cannot represent the whole island and that the TRNC should be also included in the process regarding any decision about the island of Cyprus.

Interestingly, the issue of energy reserves within the Eastern Mediterranean is not approached within the context of a continental shelf that concerns hydrocarbon resources like natural gas, but rather within the framework of EEZ. This is an intentional attitude. Indeed, the continental shelf gives ab initio and ipso facto rights.

Though the continental shelf and EEZ govern two different maritime zones, they are complementary and overlapping areas as they both regionally overlap and confer similar rights. Certainly, there is subtle, even if not legal, politics at work here.

There is an effort to seize, via the declared EEZ, the rights relating to the continental shelf, and to gain advantages beyond those conferred by these previously declared EEZs when the demarcation of maritime zones in the Mediterranean finally occurs.

In the light of all these issues, for Turkey to assert its rights in the Eastern Mediterranean and for the extraction and marketing of oil and natural gas resources in the region, countries of the region should cooperate in the delimitation of maritime zones.

For under a situation in which one or several parties are excluded, as in the current situation, the deadlock would linger. Because, considering that the transfer of natural gas produced in the region particularly to the European market can be via liquefied natural gas (LNG) or a classic pipeline; territories of the TRNC and Turkey are needed for the lower-cost option of a pipeline.

For a solution to the issue, the political structures on the island must be clarified. Additionally, Turkey must immediately ratify UNCLOS, upon which it is basing all its claims regarding the issue but is not a signatory party, as this move will strengthen its hand in negotiations.