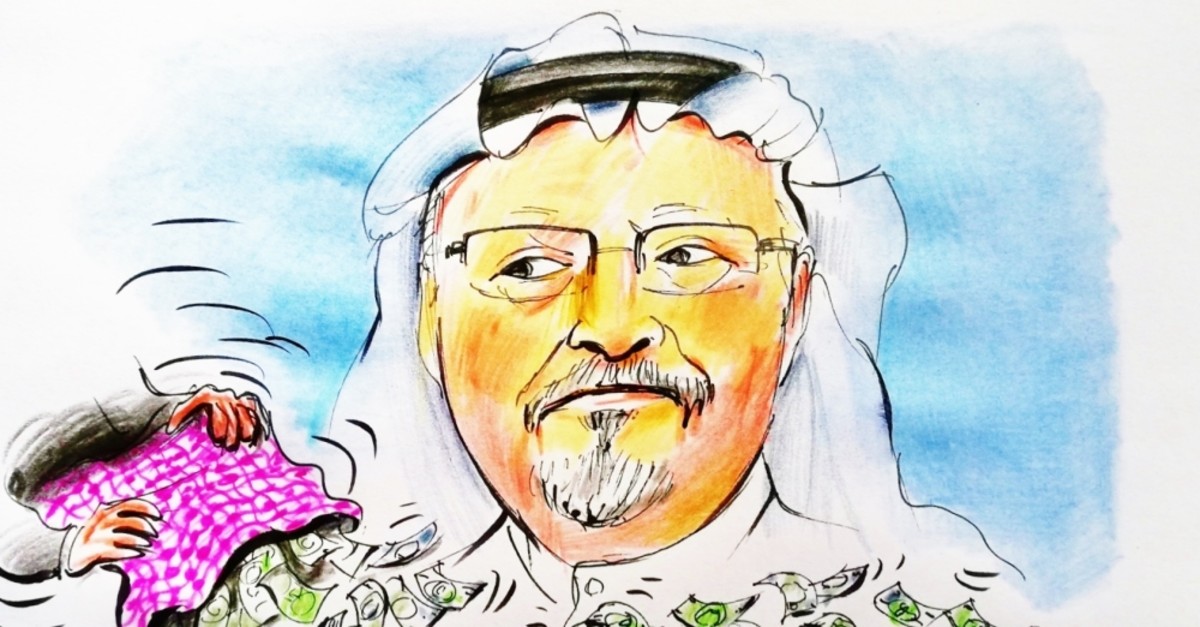 A year has now passed since Saudi journalist Jamal Khashoggi was murdered in his country's consulate in Istanbul; his body dismembered and its remains hidden by a team of assassins who were working for Saudi Crown Prince Mohammed bin Salman (MBS).

And whilst it took several days for the truth about Khashoggi's fate to be known, many of us are still struggling to comprehend the barbaric nature behind those who ordered and carried out his murder.

A report published by the United Nations investigator into the crime established that it was highly likely that MBS was responsible. Dispelling the myth that the young royal was some sort of reformer who would drive the kingdom toward becoming an open, inclusive and equal society.

Prior to Oct. 2, 2018, MBS, under the direction of his friends in Abu Dhabi, had embarked on a media and public relations blitz around the world, with a focus on Western capitals like London and Washington. He presented himself as the man who would allow women to drive, bring pop concerts to the birthplace of Islam and develop the Saudi economy into a liberal free market for foreign investors. His transformation of the Ritz Carlton Hotel in Riyadh to a super-max prison where businessmen and members of the royal family were tortured and robbed of their wealth was spun as an "anti-corruption crackdown."

The mass incarceration of moderate religious scholars many of whom, (like Salman Al-Odeh) had been championing women's rights for years, was billed as an "anti-extremism campaign;" and his eagerness to legitimize and normalize relations with the Israeli government and its illegal occupation was portrayed as a "bold new foreign policy approach." And whilst many in the West, including most major news outlets drank the kool-aid, more scrutiny began to be applied once the details of Jamal Khashoggi's gruesome murder were revealed. Not only were MBS and his aides found to be international assassins, their feeble and laughable attempts at covering up the killing exposed them as liars whose narratives could not be trusted. Expose's began to emerge one after the other, revealing how female activists remained captives in Saudi dungeons, tortured and reportedly even raped, how the Ritz episode was nothing short of a culling of anyone and everyone within the royal family who opposed the young prince and how Riyadh's cozying up to Tel Aviv was more about supporting the illegal occupation of Palestinian land in return for backing from the pro-Israel lobby in Washington.

But what hasn't been spoken about so much is the double standards that Jamal Khashoggi's murder has exposed in terms of "the international community" and in particular Western "liberal" democracies. One needs only wonder, what would the response be from the U.S. or the U.K. or even France, if say a Turkish or Iran

ian journalist was butchered in the same way by their government at one of its consulates in a foreign country. Economic sanctions and the suspension of membership from international organizations would most probably constitute only the initial response. In this hypothetic scenario, the government of said country would be transformed into a pariah overnight, ambassadors would be withdrawn and no world leader would even dream of being seen alongside such a criminal. Instead, how has Mohammed bin Salman and his government been treated since they murdered and dismembered an innocent journalist? MBS has been welcomed at the G20 summit not once, but twice. Western countries have continued to sell hundreds of millions of dollars worth of weapons to Saudi Arabia (despite its war crimes in Yemen). Donald Trump, Emanuel Macron, Vladimir Putin and countless other world leaders have welcomed MBS with open arms, actively encouraging trade and business with the kingdom.

In the first few weeks after Khashoggi was assassinated, it was reported that Jared Kushner advised MBS to weather the storm and that the story would die within a few months. It would appear that this was not simply an inclination felt by Donald Trump's son-in-law, but in fact a strategy that he and his Emirati friends were planning on executing. It may have worked in so far as keeping MBS in power till now, but what is also true is that public opinion is in no doubt when it comes to the crimes of the Saudi crown prince and the double standards of the international community.

The thing is with autocrats and oppressors is they're only an asset until they become too much of a liability, at which point their allies abandon them without a second thought in order to save themselves. This has often been how Western countries have dealt with Middle Eastern governments.

But the dynamics of today are different. The population of the Middle East is younger, more educated and more aware of their rights; and the public in Western countries too no longer approves of alliances with governments that suppress their people not to mention butcher journalists.

Ironically this is something that Jamal himself wrote and spoke about frequently. It is only fitting that even in his death, he continues to champion the causes of freedom and justice. May he rest in power.