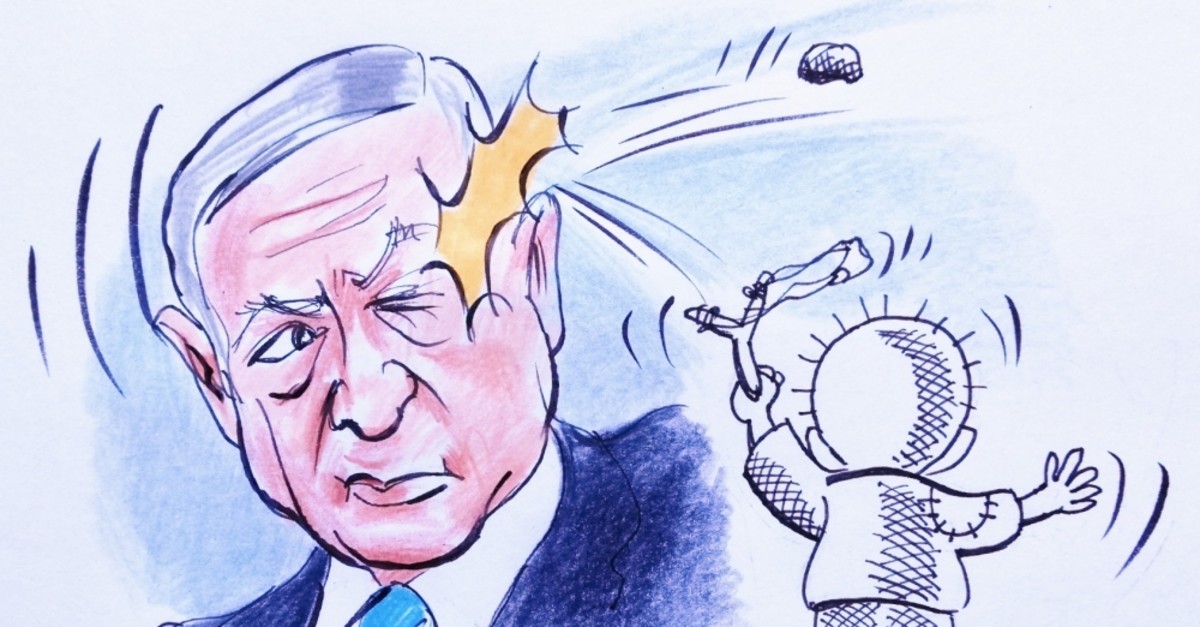 The September 17 elections didn't yield the positive outcomes that Benjamin Netanyahu wanted, but he has still managed to maintain his power in the governance of the Israeli state

Political turbulence and uncertainty in Israel seem endless. Weeks after the election rerun, it's still unclear who is to lead the country, while prospects are vague for a united government to be established.

The Sept. 17 elections may well be pivotal for Israel and put an end to the premiership of Prime Minister Benjamin Netanyahu, the longest-serving premier in Israel's history. Removing Netanyahu from office was the election driver and has brought new voters to the Blue and White party of Benny Gantz, Israel's ex-military chief. Charges of corruption and embezzlement continue to cast a heavy shadow on Netanyahu's premiership, and he is facing court hearings in the coming days that could potentially result in his indictment.

Netanyahu was mandated by President Reuvan Rivlin on Sept. 26 to form the cabinet with no indication present that he'd be able to do so and end the political stalemate. He is likely to announce his inability shortly while blaming rival candidate Gantz for the failure. Rivlin may then invite Gantz to make a government, but it would be unlikely the Likud Knesset members would support the move and allow Gantz to form a government. Uncertainty may well continue to prevail to make the third elections imminent.

The September rerun was scheduled when Netanyahu failed to form a government after the April national elections. It's established even less clarity on who is to lead the country with neither Netanyahu's Likud nor Gantz's Blue and White able to form a majority government. Both have failed to gain the required 61 mandates, while Blue and White emerged with 33 and Likud won 31.

Seeking an alliance with others to ensure a lead failed for both. Netanyahu came to head a right-wing, ultra-Orthodox bloc of 55 members of Knesset, while Gantz made a bloc of 44 centrist and left-wing members, including 10 from the pro-Arab Joint List. In an astounding move, the predominantly Arab Joint List party recommended Benny Gantz as the next prime minister in their apparent anticipation of removing from power Benjamin Netanyahu.

After 10 days of futile effort to persuade Netanyahu and Gantz to compromise on a coalition, on Sept. 26 President Rivlin entrusted the prime minister with making a government. The move is largely seen as an ill-conceived attempt to persuade Likud and Blue and White to join forces and establish a unity government, badly needed for Israel's stability. With uncertainty looming, chances are a third election is on the horizon.

Shortly after the elections, it became clear that neither Likud nor Blue and White could form a coalition without the other, while forming a unity government seemed like the ultimate remedy. Israel needs stability, and a broad coalition government is an instrument to achieve it.

On Sept. 23, Rivlin suggested Netanyahu's Likud and Gantz's Blue and White create a stable alliance, which generated enthusiastic support from Netanyahu who believes "the only government that can be formed is a broad united government" between his Likud and the centrist Blue and White. "Why united?" pathetically exclaimed Netanyahu and answered: "Because that is the order of the hour. This is also the clear order the public has given in this election."

On his part, Gantz, who has largely gained his votes as a determined fighter against corruption and embezzlement that Netanyahu is accused of, remained firm by insisting that facing a looming criminal indictment Netanyahu relinquishes the premiership as a condition for Blue and White to ally with Likud. The prime minister these days faces a crucial hearing on the corruption allegations that have clouded the last three years of his tenure. Gantz has not ruled out an alliance with Likud but said he would do so with Netanyahu out.

"Vote or otherwise you'll lose" became a popular motto of the Sept. 17 election campaign and the turnout reached 70%.

An opinion poll revealed that 52% of citizens believe Netanyahu should leave as the Likud leader should be enabled to enjoy a united government; 32% think Gantz won the elections; 19% consider Netanyahu the winner; 49% say that neither of them has won.

Only 23% believe that third elections could break the deadlock, and 63% want the parties to compromise for a united government to be formed.

The people of Israel at large voted on Sept. 17 to keep Netanyahu from winning rather than to have their candidate elected. Israel's longest-serving prime minister, besides fraud, breach of trust charges and bribery, is blamed for his personality cult, high budget deficit and deteriorated health care and education, not to mention his aggressive anti-Palestinian policies.

Protest voting has been the locomotive of the election campaign of the Blue and White party, whose April elections were held under the guise of "I vote for a change." Its main support base has been traditionally liberal-minded Tel-Aviv, and up to 1 million voters out of 9 million living in Israel have offered their support to Gantz's Blue and White.

The government of national unity and the fight against corruption are the core of the Gantz's election program and have attracted crucial voters. In the aftermath of the September elections, Blue and White has reportedly insisted on a new government legislate to ensure that no future prime minister could serve under an indictment. In a recent statement, the party said it was concerned with "principles and values," while Likud was focused on Netanyahu remaining prime minister. "I am not looking to be prime minister for the sake of the honors. I asked for the public's trust to carry out a mission," said Gantz.

"Israel needs a strong and stable Zionist government," propagated Netanyahu's Likud, while emphasizing that nobody but it could form it. "Our deeds speak for themselves," pointed out Likud, meaning success in the country governance and Netanyahu's personal ability to talk as an equal to world leaders, particularly Donald Trump and Vladimir Putin. In a last-ditch effort, Netanyahu has called on Gantz to "stand up and join a united government. This is what the people expect of us."

The third-largest winner of the Sept. 17 elections, pro-Arab Joint List, has got 13 seats in the 120-seat Knesset. Their surprise decision to support Gantz as prime minister marked the first time the Arab parties have recommended a mainstream Zionist politician since 1992, when they supported Labor Party leader Yitzhak Rabin, who campaigned on peace with the Palestinians. "We have seen the most difficult election since 1948," Joint List's leader Ayman Odeh told Rivlin upon issuing his party's recommendation for prime minister, "For us, the most important thing is to remove Benjamin Netanyahu from power."

An impressive majority of post-Soviet descendants, whose right-wing affiliation is traditional, have offered strong support to Netanyahu's Likud, while the older generation usually voted for the secularist Yisrael Beytenu party of Russian-speaking Avigdor Liberman.

Israel and Russia enjoy special relations. Out of Israel's 9 million population, 2 million are immigrants from post-Soviet countries. Their arrival in the historic motherland contributed new elements to life in Israel and made, to mention just a few, the Soviet-style celebrations of New Year's Eve and Victory Day on May 9 official holidays.

"The people of Russia and Israel are tied up today by the family, kinship and friendship bonds to make a single network family," said President Putin on Sept. 17 at the congress of Karen Hayesod Foundation in Moscow, "We consider Israel a Russian-speaking country."

Relations between President Putin and Prime Minister Netanyahu have been special as well. At both the April and September elections, Putin unequivocally supported the longest-serving Israeli prime minister. Russia's established ties with Iran are important for Israel, and in terms of brokering resolution of conflicts in the Middle East particularly. The traditionally close ties of Netanyahu with the U.S. administration and Trump personally are valued by President Putin, and in the framework of the Syrian peaceful resolution especially. Russian policy in the Middle East is multi-profile and multifaceted, and alliances with unexpected counterparts are its core.