Turkey's incursion into Syria can end Trump-Pentagon tug of war 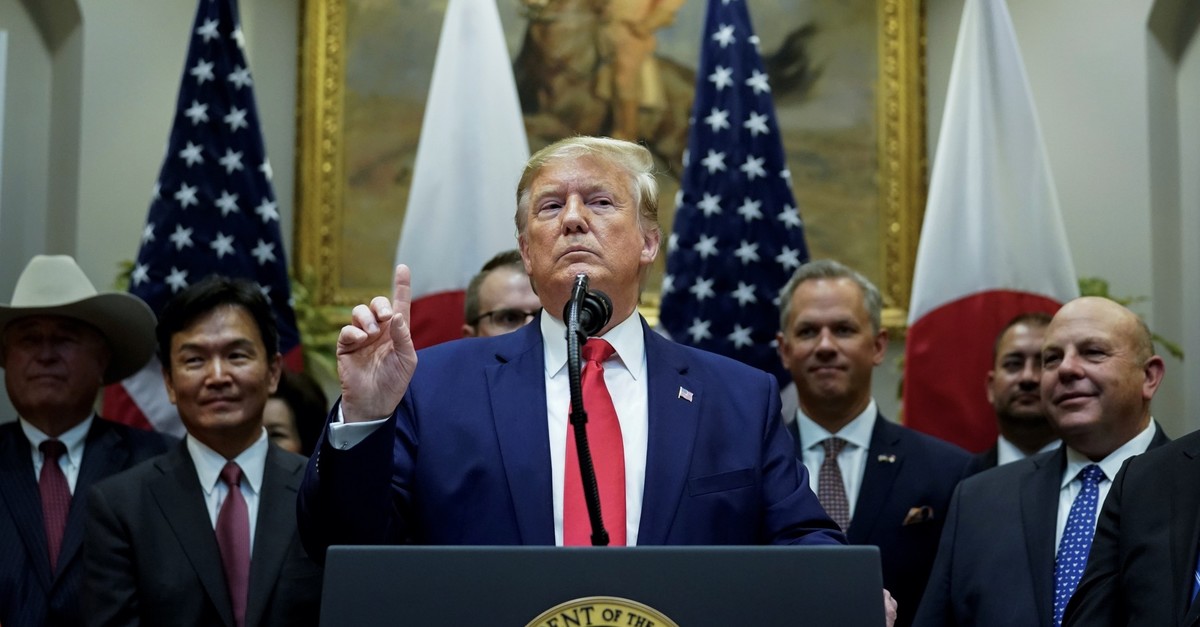 Sunday's phone call between President Recep Tayyip Erdoğan and U.S. President Donald has already become a milestone for the entire region. The Turkish military announced on Monday that all preparations for a cross-border operation against terror elements in northern Syria were complete, while the U.S. withdrawal began in parallel with the Turkish action.

For a couple of months, Turkish officials have reiterated that Ankara is determined to take action when faced with a threat against its national sovereignty. Therefore, the news of the operation was not a surprise.

It is safe to say that the imminent Turkish offensive's main goal is to eliminate terror formations, namely the PKK-linked People's Protection Units (YPG) and Daesh. The purpose is to ensure Turkey's security along with regional peace and stability.

The situation in northern Syria has been a mess for a while. The U.S.' de facto ally, the YPG, is reportedly terrorizing the region with its ethnic cleansing of Arabs. The increasing numbers of Daesh prisoners in Syria is yet another problem, but so far there has been no solution on how to handle the growing crisis. Meanwhile, another humanitarian crisis seems to loom and reports show that a new refugee wave is expected to hit European shores again.

After years of armed struggle against terror groups on the ground, the Turkish army has experience in the counterterrorism fight. From global forces to regional actors, the army has proved its capability with tangible actions like Operation Euphrates Shield and Operation Olive Branch. Hence, it wouldn't be wrong to predict the outcome of a possible confrontation between the Turkish army and non-state formations.

However, other than its purpose to bring peace and stability in northern Syria, the incursion contains another vital point, which could indirectly serve Donald Trump.

It is no secret for the U.S. that nonstate actors such as the YPG are quick to change their alliances in a volatile region. Therefore, in a scenario where the U.S. leaves the YPG alone, it is true that Russia can benefit from it.

As this argument has now been leaked to the media, it is a bit confusing in terms of its target audience. The Pentagon and officials from the U.S. establishment, whose communication with President Trump is at the lowest level and marked by great contradictions, played this card to corner him. Regarding Syria policy, it is known that President Trump and the U.S. establishment have been at odds as both sides can't take decisions without calculating any possible damage to the long-term interests for U.S. foreign policy.

Indeed, aiming to hit terror groups and thus provide regional stability, this Turkish operation can reduce the U.S. burden in Syria amid tensions between President Trump and the U.S. establishment. For this reason, rather than maintaining a tug of war, U.S. decision-makers must act united and support any action that will serve its interests in Syria. Otherwise, political strife between the Trump administration and U.S. establishment will soon cause the U.S. to suffer from a lack of influence and reputation in Syria. So, some brief and good advice for Washington: the Turkish counterterrorism operation may be a good beginning to restore the U.S.' Syria road map.