Turkey's role in the Turkic world: The case of Uzbekistan 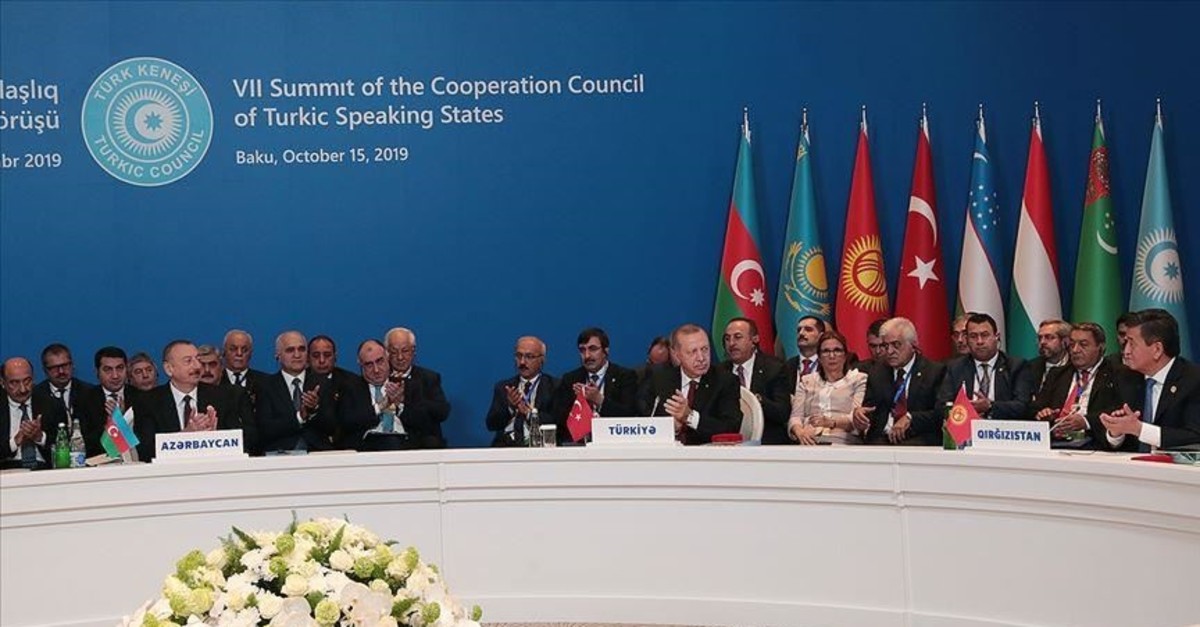 President Recep Tayyip Erdou011fan with world leaders during the summit of the Cooperation Council of Turkic Speaking States in Baku, Azerbaijan, Oct. 15, 2019.
by Muhammet Ali Güler Oct 17, 2019 2:07 am

Making use of a reformist agenda, Turkey can be a role model for the Turkic world in terms of development; Uzbekistan is a good case in point

The Uzbeks are the descendants of Celaladdin Harzemshah, who fought against the Mongols. Uzbekistan is a country with a rich historical significance; for example, Bukhara and Samarkand are two very important cities that have earned fame throughout Islamic history. It can be said that Uzbekistan and the Uzbeks have contributed significantly to Islamic civilization in many fields.

There were many famous Muslim Uzbek scholars such as Imam Al-Bukhari, Imam At-Termezi, Imam Al-Maturudi, Bahauddin Naqshband Bukhari, and Al-Zamakhshari. Additionally, Abdülhâlık Gucdevânî¸ Arif Rivegeri¸ Hâce Muhammed İmkenegi¸and Imam Al-Bukhari are from Bukhara, while Imam Al-Maturudî hails from Samarkand. Today, these names - along with many other prominent Uzbek scholars - are recognized for their noteworthy contributions to history in Muslim nations.

It should be pointed out that there were people from Turkistan, including Uzbeks, who came to help the Ottomans during the Balkan wars (1912-1913) and World War I (1914-1918). Haci Yoldas was one of these people, and his grave can be found in Tarsus.

In 2016, there was joy and enthusiasm when Shavkat Mirziyoyev was elected to be the president of Uzbekistan. He chose a policy of positivity, which differed from the iron-fisted rule of Islam Karimov. Mirziyoyev's best known reform was initiating a state where "the government must start working for the people." He gradually got rid of some people who were opposed to his reforms. Thus, Uzbeks were hopeful for wide-ranging new reforms in foreign policy to fields in the governmental sector, education, health and so on. At the same time, while his administration was fighting with corruption, relations between the people and the state were improved. It is due to this that Uzbeks from all walks of life seem to be ready and eager to integrate with the world.

One of the indicators that Uzbekistan is ready and eager to interact with the wider world is that the country has been planning to attract more tourists, especially Muslims, as Uzbekistan has one of the richest Islamic heritages in Central Asia. From my personal experience, I can say that I have met many Malaysians who have visited Uzbekistan in the last couple of months to experience its Islamic and cultural history. Therefore, introducing the history of Uzbekistan to the world may be one of the most effective ways to attract more tourists to Uzbekistan; this would also speed up the opening of the country to the world, hasten the integration with Muslim societies, and widen the contributions to its own development.

As mentioned earlier, Uzbekistan should embrace the crucial role it played in Islamic history and, at the same time, it should pay attention to its own people's demands. In this respect, letting people practice their beliefs is very helpful in building and contributing to both society and country. Uzbekistan should continue to widen its religious reforms as well so that this unique and important nation for the Muslim world can resume contributing to a globalized society from their own social, cultural and religious perspectives.

There have been reports circulating in the media about the slow reforms in religious issues and tight security for religious practices. I honestly do not want to believe this kind of news coming from any Muslim nation, and Uzbekistan deserves much better than this, which is to say this news seems unfair and inaccurate.

In this regard, Uzbekistan may introduce Islamic education through governmental institutions; in doing so, the possibilities of extremism, the spread of negative views about Islam, as well as equating Islam with terrorism could be prevented. The true principles of Islam may be taught to people through Islamic education provided by Uzbek and Turkish Islamic scholars in a more cooperative way.

I believe this will boost one of Tashkent's main goals, which is to bring its tourism sector to the next level by being a global tourist destination; in addition, this would help Uzbekistan find its remarkable place again among Muslims. Muslims should be reminded that Uzbekistan has a cultural, historical and social capability and experience that may light the darkness of the Muslim world.

Turkey and Uzbekistan can deepen their relations in every possible way. Turkey may be a role model for the Turkic nations, including Uzbekistan, in the region in terms of development, education and religious tolerance. This mission can be accomplished during the periods of reformist leaders in both countries.

It is also worth mentioning that Turkey was unsuccessful in leading and connecting with the region after the independence of Turkic states. So, a deeper relationship can be achieved through increased mutual mechanisms in the near future.

Turkey and Uzbekistan are capable of contributing to each other at the highest level as the two share religious, linguistic and ethnic commonalities. For instance, the Cooperation Council of Turkic Speaking Countries has become the latest platform on which both Turkey and Uzbekistan can collaborate.

Uzbekistan should not waste its energy by pushing, forcing or persecuting its own people just as they suffered and were isolated throughout Karimov's rein. Turkey was also stuck between secularism and Islam for most of the last century.

Turkey wasted its time and energy for unnecessary things, particularly in religious matters in its past. Checks, supervision and guides are acceptable; however, to be forceful, to persecute and to dissociate others are not practices that are beneficial toward society. The fact that Turkey missed some chances in its past to be a true regional and global leader can be a great example for Uzbekistan for what it should be doing instead; bit both nations can now become great leaders and great allies going forward.