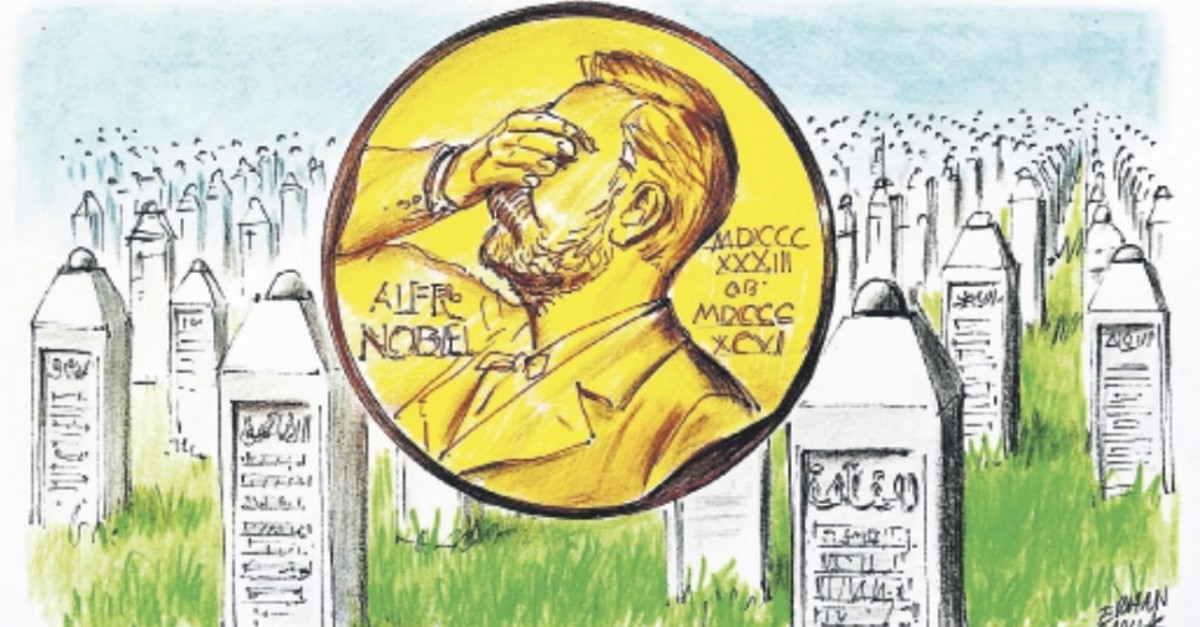 by Oct 19, 2019 2:05 am
I was at the ground zero of genocide denial in July 1995. In the days following the fall of Srebrenica, the commanders of Dutch troops still based in the enclave were coerced into signing a document with a strangely convoluted and somewhat innocuous title: "Declaration of the Representatives of Civilian Authorities in the enclave of Srebrenica on the realization of the agreement on the evacuation of the civilian population of the enclave." By July 17, 1995, when the statement was actually signed, there was not any legitimate civilian authority left in Srebrenica. For the purposes of the task at hand, therefore, the Bosnian-Serbs were obliged to create one.
This “authority” – a man who happened to be my high school teacher – was selected at random from among the tens of thousands of refugees in Potočari and forced to sign the document acutely aware that short of signing it, he would not survive.
The key passage of the document read: “During the evacuation, there were no incidents on either of the sides and the Serb side has adhered to all the regulations of Geneva Conventions and international war law... ,” with an addition, in handwriting, added by a Dutch officer: “... as far as convoys actually escorted by the U.N. forces are concerned.” The poor quality of the document’s English can be explained easily: I translated it, while the top brass of the so-called Bosnian Serb Army waited in the other room.
It was a blatant and arrogant attempt to cauterize the genocidal nature of the events taking place between July 11 and 16. The day before the document was signed, the last in the series of mass executions in the first week following the fall of Srebrenica took place in Kozluk, some 40 kilometers away.
There are few things as easy to get away with intellectually as denying the Bosnian genocide. The Bosnian genocide stands out among other attempts at mass annihilation in the 20th century in that the rest of the world seemed to have seamlessly accepted and normalized the perpetrators’ understanding and description – down to very specific wording – of the events between 1992 and 1995.
“Ethnic cleansing” did not exist as a notion before the collapse of Yugoslavia in the early '90s. As Eric Gordy eloquently put it, the term “entered the language through a squeaky back door carved out by Serbian regime media in 1992." Throughout the '90s, it was used as a euphemism for the sustained campaign of mass murder, concentration and rape camps, and the deportation and destruction of the cultural heritage of the Bosniaks. The widespread usage of the term today is a lasting testimony to the intellectual laziness and ethical flatulence of the Western academic and media "establishment."
Whereas Europe reckoned with the mass murder of Jews – at least to an extent and in part – in the final analysis of the price of European progress was, in the words of Tony Judt, “a certain amount of selective, collective forgetting.” This can be largely attributed to the U.S. decision to avoid making the same mistake it made following World War II by remaining in Europe.
The murder of Muslims, however, remains comfortably nested in the historical narrative of a number of European nation-states. In fact, the murder of Muslims, the “proto-cleansing” was part and parcel of Europe’s “growing pains” - lets not forget that in the century between 1821 and 1922 more than 5 million Muslims were expelled from their lands ranging from southern Russia and the Balkans to Anatolia; around 5.5 million more of them perished. That the predominant narrative situates their disappearance within the context of national liberation from the Ottoman Empire does not in any way diminish or alleviate the colossal human cost of the protracted and persistent physical and cultural removal of Europe’s Muslims.
In much the same way as the Serbian proxy-regime in Bosnia-Herzegovina run by Radovan Karadžić tried to cauterize the Muslim experience of Srebrenica, the larger Muslim experience of the late 19th and early 20th centuries was successfully removed from the narrative and systematically denied. When, a few days ago, the Swedish Royal Academy awarded Peter Handke the Nobel Prize in literature, it finished the process started by the underlings of Ratko Mladić and Karadžić on July 17 in Potočari. It cauterized – although I personally prefer the Serbian word for it, asanacija – our Muslim experience from the European mainstream. It was an attempt to deny the fact that the murder of Muslims in the 1990s is as deeply embedded in the mainstream European historical experience as the mass murder of European Jews in the 1940s.
To borrow from Friedrich Nietzsche, there is a certain degree of remembering “which is harmful and ultimately fatal to the living thing, whether this living thing be a man or a people or a culture." But, as Monash University professor Paul Muldoon points out, Nietzsche also wrote that we acquire our status as human beings, stand apart from “human animals” through the faculty of memory through remembering. Whatever else Peter Handke wrote, opposition to memory and remembrance is an inextricable part of his literary legacy. To award him the Nobel Prize in literature is to retroactively award Radovan Karadžić for being the first to imagine Europe without Muslims.
* The writer is a survivor of Srebrenica and presently teaches international relations at the International University of Sarajevo
Last Update: Dec 20, 2019 1:08 am
RELATED TOPICS