Trust in transition: The importance of placing faith in the new Sudan 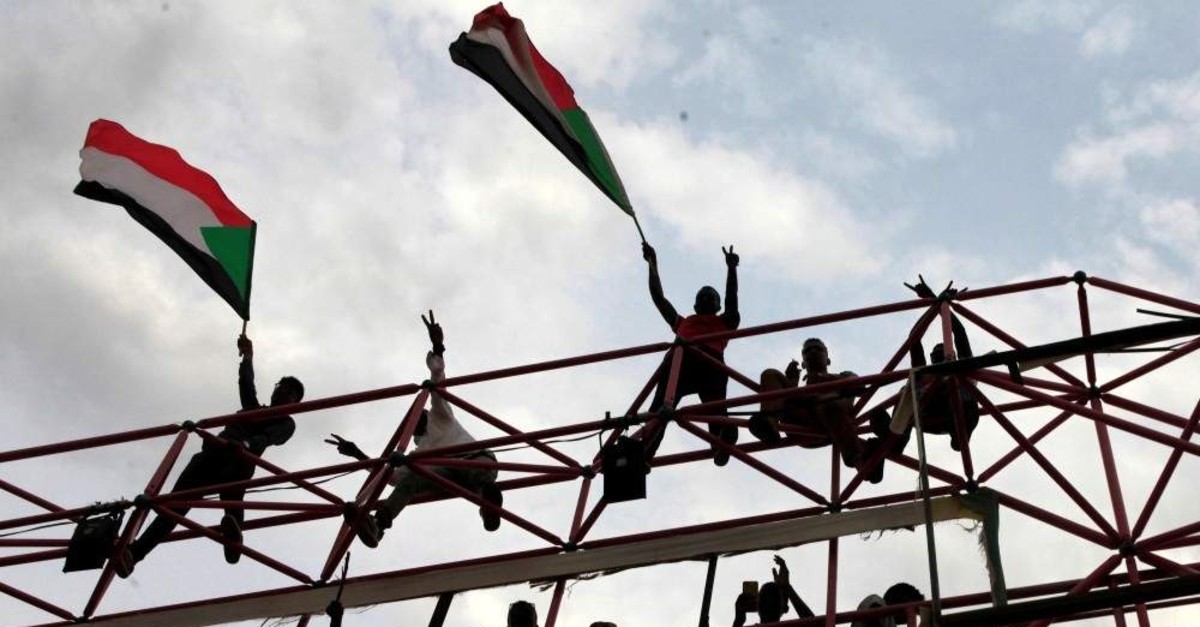 FILE PHOTO: Sudanese civilians wave their national flags during celebrations of the signing of the Sudan's power sharing deal, that paves the way for a transitional government, and eventually elections, following the overthrow of long-time leader Omar al-Bashir in Khartoum, Sudan, August 17, 2019. REUTERS/Mohamed Nureldin Abdallah/File Photo
by Simon Wolfe Oct 26, 2019 12:28 am

It is difficult to think of a country more recently mired by tragedy than Sudan. As a result of the wars which have ravaged the country since the early 1990s, the split into two as well as (or rather encouraged by) the rule of the former leader Omar al-Bashir, the diaspora of Sudan who left as refugees contextualize that story in our home countries. It is a story of loss, and deep sadness, but in light of the revolution this year we have the opportunity to collectively put our faith in a new Sudan. We must.
After an eight-month period of civil disobedience, mass protest, the overthrow of al-Bashir and awful overreaction by the transitional military council, in August 2019 a 39-month phase of transition was entered in which Sudan would move forward for a hopefully thriving democracy. It is very early days, but there are positive early signs. As members of the international community, it is incumbent upon us to support the people of Sudan and their putative democracy.
What can be done?
The immediate focus must be finding a way to lift sanctions on Sudan which have been in place since the early 90s. The sanctions have been debilitating on the local economy despite the vast oil resources at their disposal. The effect on the country would be almost immediate as the lifting of sanctions would allow the country to borrow from the World Bank and the International Monetary Fund (IMF). An approach to "wait and see" how the democratic transition might progress will continue to allow the financial pressure from those sanctions to hamstring the democratic transition. True democratic development must be hand in hand with economic development. The Sudanese people must have the ability to participate in the evolution after they orchestrated the revolution.
Industry that has largely been ignored must be rebooted to kick-start the economy. One such example is a topic I wrote on here – that artisanal mining should be formalized and a proper and stable regulatory regime established for encouraging foreign direct investment in the minerals sector. Saudi Arabia, for one, has just this past week declared it a key foreign policy goal to help their neighbor lift sanctions and develop certain sectors including agriculture.
The African Union must quickly reinstate Sudan. Multilateral participation in the future of Sudan is critical to the future of its people. Criticism also of the side-lining of women in the formation process of the Sovereignty council is fair – only two members of the newly formed council are women, which is difficult to reconcile with the adopted stance to embrace new standards of non-discrimination of women and also the outsize role especially that the Sudanese Women’s Union played in the protests.
Why should we help?
The simple fact of the matter is that however you strip the analysis of the key players today in Sudan and their roles over the last 30 years, you’re bound to find a cloud over most. The fog of wars perpetuated in this time should not be an excuse for atrocities committed. They should, however, be understood and approached with forgiveness. Immediately after graduating from law school I had the privilege of working at the International Criminal Tribunal for Rwanda, the U.N. court for the prosecution of those involved in the perpetration of the genocide in Rwanda in 1994. Evidence tendered in those cases was horrifying, and after lengthy trials held in mostly western-staffed court rooms convictions were made against those involved. However, it was the parallel, Rwanda-based gacaca courts that inspired me most. These courts gave the victims the opportunity to directly confront their tormentors, those who had quite literally hacked their family members to death. Accounts of these courts are clear – as one victim recently recounted: “... life must go on. Reconciliation is a process...”
"Revolution" such as that which occurred with the Arab Spring was largely ineffectual and in some cases such as Libya it has spurned an ongoing civil war. These precedents are clear, present and avoidable. Positive similarities do exist between the precedents and the current situation in Sudan. For one, the protests were largely youth driven and with significant involvement of women as mentioned above.
Like many other parts of Africa, we are witnessing a generational shift in leadership. Although the newly appointed Prime Minister is 63, the deputy chairman of the newly formed Sovereignty Council, Mohamed Hamdan Dagalo, is 45. Both have strong credentials against the deposed al-Bashir. Dagalo, the former head of the Rapid Support Forces, historically refused the orders to attack civilian populations in Darfur and chose instead to back this transitional military council and subsequently the Sovereignty Council. He is not without controversy, but the lesson of forgiveness is strong, and he had every possibility to go a different course.
The alternative to supporting the Sovereignty Council is unacceptable. The transitional council successfully put primacy on civilian leadership over military leadership (and the draft constitution reflects this), and militant groups were excluded from the process. Both of these factors are critical to the future success of the government in how it governs, and how it interacts with the foreign diplomatic and investment communities. Sudan, as history suggests, can easily descend into tribal and resource driven internal conflict. Too much blood has already been shed, and now we have the opportunity of a generation to ensure its success. We must.
* Managing director, Marlow Strategy, a London-based international advisory firm