The significance of Asian Muslims in world affairs 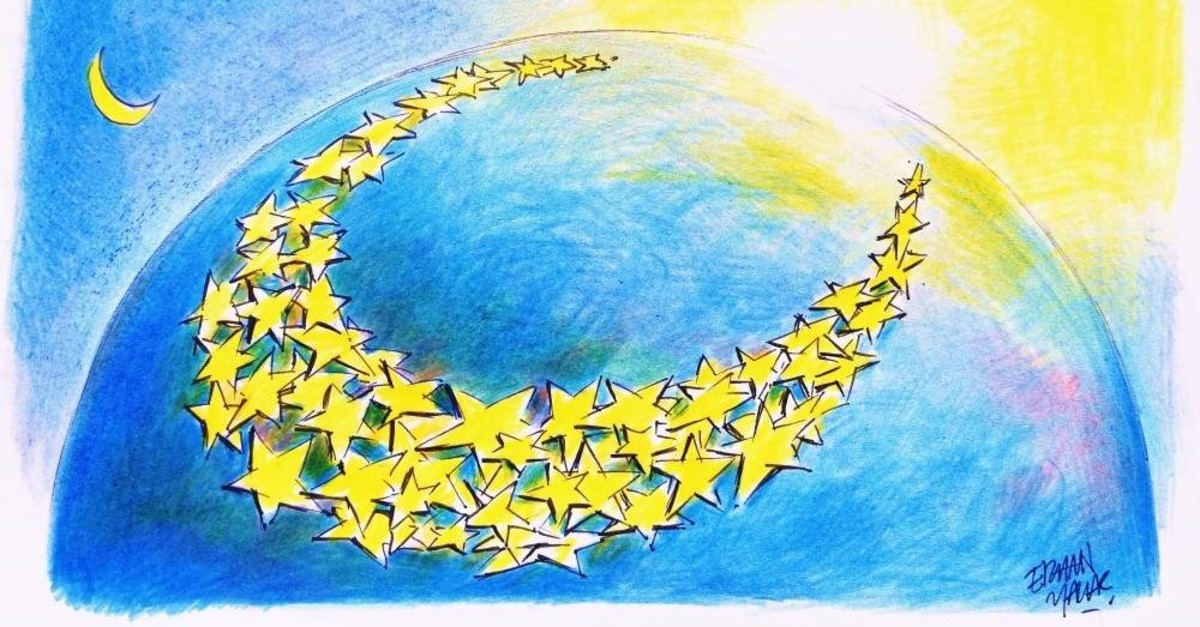 Turkey deserves praise for its extensive, unbiased efforts to aid Syrians. Over 3 million Syrians in Turkey, including Kurds, Turkmens, Arabs and others, have been helped. Ankara has avoided being narrow-minded, unlike some EU countries that admitted Syrians based on their specializations and religion while letting others die in attacks by terrorists and regime forces.

Turkey has done its best to host Syrians, and Turkish citizens are aware that it is their religious, historical and humanitarian duty to do so. Through operations in the area, Turkey aims to create safe zones for Syrians, which other players on the ground have not or could not achieve.

Therefore, the world must support Turkish operations to establish peace in safe zones in Syria. However, even if they do not support this endeavor, they should not spread misinformation through their global media outlets.

Global media outlets have painted a vivid picture of Turks versus Kurds to ignite unrest in the region. The main goals of Turkey's latest operation in Syria, dubbed Operation Peace Spring, are to eliminate terrorist groups, including Daesh and the PKK-affiliated People’s Protection Units (YPG), in the region and to provide a chance for Syrians to live peacefully in their homes.

The PKK has fought against Turkey since 1984 and killed over 40,000 innocent people and martyred over a thousand Turkish soldiers, police and guards since its creation.

The West has called Turkey's operations "invasions" or "missions to kill civilians." Taking the slander one step further, the West has also accused Turkey of using chemical weapons. However, these operations represent what the West could not achieve for Syrians or the region. Hence, Turkey continues to differentiate itself from the West by demonstrating how to maintain peace in the region.

Let's not forget the West has watched Syrians being murdered, slaughtered, raped and persecuted since the beginning of the Syrian civil war and despite all of this it has done very little to solve it.

Once Turkey announced firm plans to create a safe zone for Syrians, the West started spreading disinformation worldwide about Ankara's operations; however, Turkey's move is an example for Muslims, emphasizing bravery and a willingness to learn and achieve our goals alone.

Threats from allies calling for the destruction of the Turkish economy and sanctions have led to serious breaches in the trust between Turkey and its allies.

Perhaps they have hidden agendas regarding Turkey and the region that serve their own interests. This hatred and negativity toward Turkey may have historic roots.

Turkey’s struggle in Syria is vital and a cause the world should back; however, the reaction of U.S. and other allies to Turkey’s peace operations have led many to question the strength and agenda of those who claim alliances with Ankara.

Reasons for the division

It is very strange to see Muslims, particularly Muslim regimes such as those in the Arab League, condemning Turkey and in doing so, creating serious rifts between Muslim nations – though it should be noted some countries have kept their reactions neutral.

Turkey is one of many countries targeted by terrorist organizations and problems in neighboring countries. As a result, left alone in these problematic surroundings, Ankara has taken steps to implement its own solutions.

It is a fact that some Muslim nations in the region support organizations fighting against Turkey. Is this the way to destroy or a strategy to weaken a nation?

Should Turkey do the same to its neighbors? Those regimes should choose to collaborate with Turkey since diplomacy would be beneficial for all involved. In this way, the Middle East will be more secure and prosperous for all.

I have heard from many Asian Muslims who complain about the low working standards in some Arab Muslim nations. I am not going to write which nations have these problems, but it is said that many Asian Muslims are called "pigs" in these Middle Eastern countries. There are many other accounts of Asian Muslims pointing out the double standards enforced by other Muslims.

Turkey and Turks accept all Muslims, including Arabs and Kurds. This is something that Ankara has reiterated thousands of times.

Failure of the Arab League

I was expecting the Arab league to announce its support for Turkey, but they instead did the opposite. Ironically, the Arab League has remained silent and passive while its member nations have been destroyed one by one over the past few decades.

Hence, as a Turkish Muslim, what I understand from their statement is that these nations eager to condemn Turkey have simply shown how strong their tribalism is in relation to other Muslim nations.

There is a very special saying in Turkey that "Even Sultan Suleiman died." Muslims prefer to live with justice, dignity, honesty, loyalty, tolerance, humility, integrity and straightforwardness.

Allies beyond the Middle East?

I strongly believe that Turkey can find reliable allies outside the Middle East. There are millions of Muslim brothers and sisters who pray for our soldiers across the globe. I personally believe that the Asian Muslims’ contributions to humanity and the Muslim world in the future will be stronger than those who have a tribalistic mentality in the Middle East. Therefore, Turkey should consider Asia as a complementary addition to its regional and global arena.

Some may argue that Turkey is in the Middle East and neighbors Arab nations. I would respond by saying Turkey does not ignore nations that have honest and straightforward relations with Ankara.

For instance, Turkey supported Qatar without hesitation when they needed an ally. Another example is that Turkey has supported Palestine and the Palestinians unwavering determination. These two examples show how Anatolian Muslims are people of their word. Anatolian Muslims know that the majority of Arab Muslims in the Middle East are sincere in their approach toward Turkey. At the same time, Turkey is moving on beyond its region.

Central Asia is home to the Turkic nations, which are our brothers by blood. Uzbekistan, Kazakhstan, Kyrgyzstan and Turkmenistan in Central Asia, and Azerbaijan in the southern Caucasus are members of the Turkic Council. Hungary is also an observer member of the group.

Turkey places great importance on the Turkic world, which is a must for our common goal of “Kızıl Elma,” the establishment of a strong partnership between the Turkic World and Muslim nations. In this regard, Central Asia could serve as a wonderful bridge for Muslims in Asia, Europe, the Balkans and the Caucasus.

The members of the Turkic Council could play important roles in regional and global issues. What Turkey could do is to approach the Turkic world alongside Muslims throughout Eurasia. It seems like a very difficult task, but it is possible. We have seen how the Arab League and the EU responded to Turkey’s struggle to clean terrorist-held lands for Syrians living in Turkey, who are mostly Arabs.

Therefore, Turkey may redirect its policies toward Asian Muslims for a better future. In other words, Ankara may just ignore or keep those tribalistic regimes out of its new plans. The best response to those tribalists will definitely come from sincere Muslims.

I personally believe that the revival of Muslims in the future will come with Asian Muslims, not from tribalistic Middle Eastern regimes.

In other words, Turkey’s strong collaboration with Asian Muslims will pave the way for the globalization of Muslims heading in the same direction; therefore, our efforts as states and individuals should be focused on improving and strengthening relations and sympathizing with each other’s problems.