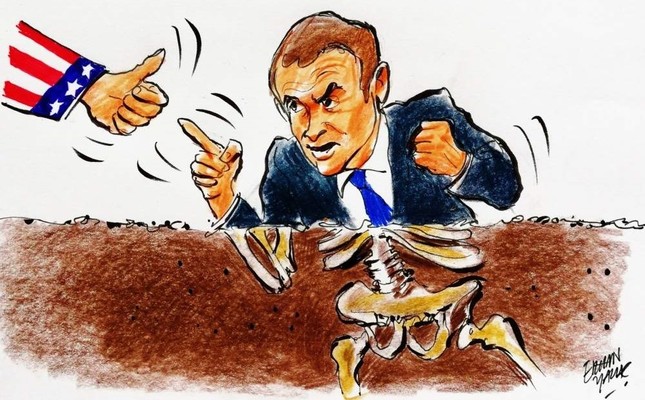 As an assistant professor in Sarajevo, I sat through dozens of master’s thesis defenses on Bosnia’s path to European integration. While students extolled the benefits of membership and pointed to Bosnia’s challenges ahead, I can hardly remember many questioning the EU’s willingness to keep its part of the bargain. Emmanuel Macron’s “Non” two weeks ago did just that. Rejecting opening accession talks with North Macedonia and Albania set the stage for major disappointment across the region. The French president’s veto symbolized what the road map to EU enlargement was not supposed to be.

First, the formal reasons for the veto are not convincing. The issue of institutional reforms in the EU is neither new nor does it hang by the thread of North Macedonia’s or Albania’s accession talks. Institutional adjustments were made to accommodate the enlargements in 2004 and 2007. Croatia’s membership in 2013 and the opening of Montenegro’s accession talks in 2012 and Serbia’s in 2014 were not met with vetoes justified by vague notions of EU institutional reform.

The second message of Macron’s veto is that pro-EU reforms do not pay off. The dominant narrative since the Thessaloniki summit in 2003 was that the Western Balkans could count on membership provided that countries meet certain criteria. Last summer Macedonia resolved a 27-year-old dispute with Greece and changed its name in an effort to join NATO and EU.

By rejecting even the opening of accession talks with North Macedonia, Macron has blocked the EU from fulfilling its part of the bargain. The rest of the region will have even less of an incentive for reforms. Once the timeline for membership fades further away, the EU’s soft power in the Western Balkans wanes. Moving forward on Serbia-Kosovo negotiations or Bosnia’s reforms loses further momentum. Diminishing returns on EU’s soft power in Ukraine and Georgia kick in. The era of Eurocrats preaching to local politicians about European standards will have deservedly come to an end.

Third, left unsaid in almost all analyses so far, is that Macron’s veto is set to leave Balkan Muslims out. Had the accession talks been opened with Albania and North Macedonia, the path to membership would have taken a decade by most accounts. Now effectively blocked, the timeline has been moved further away.

Bosnia and Kosovo are lagging behind even his pushed back timeline. This effectively means that Southeast European countries with significant Muslim populations will be kept at bay for the foreseeable future. Put more bluntly, the veto stalls the EU membership of states in which Muslims exercise significant political power.

Two other examples come to mind. Central and East European countries’ accession proceeded without vetoes while the EU kept moving the goalposts with Turkey.

In 2004, Turkish Cypriots overwhelmingly supported the Annan Plan in a bid to unite the island before accession to the EU. They have since remained in isolation with the EU failing to undertake a lifting of the restrictions.

Though the veto applied to North Macedonia and Albania, it has direct implications for Bosnia and Kosovo. The decision comes on the heels of a sustained campaign of othering Bosnian Muslims over the past several years. Croatian President Kolinda Grabar-Kitarović has taken the lead with a concerted effort to tarnish the image of Bosniaks emerging as the defining legacy of her term in office. Last month, the Nobel Prize for Literature was awarded to Austrian author and Bosnia genocide denier Peter Handke. The institutional recognition bestowed upon an apologist for Slobodan Milošević sets a new low for the Swedish Academy.

Following the veto, Macron’s interview with The Economist on Nov. 9 sparked yet more outrage in Bosnia. The claim that Bosnia was “the time-bomb that’s ticking... which faces the problem of returning jihadists...” met with widespread condemnation. Bosnia’s Islamic Community spokesman Muhamed Jusić retorted that "some 300 Bosnian citizens, most of them women and children, went to the battlefields in Syria and Iraq compared to over 1,900 French."

Macron’s deeply flawed veto justified on dubious grounds squanders the EU’s leverage in the Western Balkans and beyond. Instead of anchoring the peace dividend in the Balkans, the French president’s decision portends uncertainty and insecurity. His subsequent explanations only aggravated the damage already done. With the stroke of a “Non,” Macron has managed to undo both momentum and a sense of perspective for the Western Balkans.