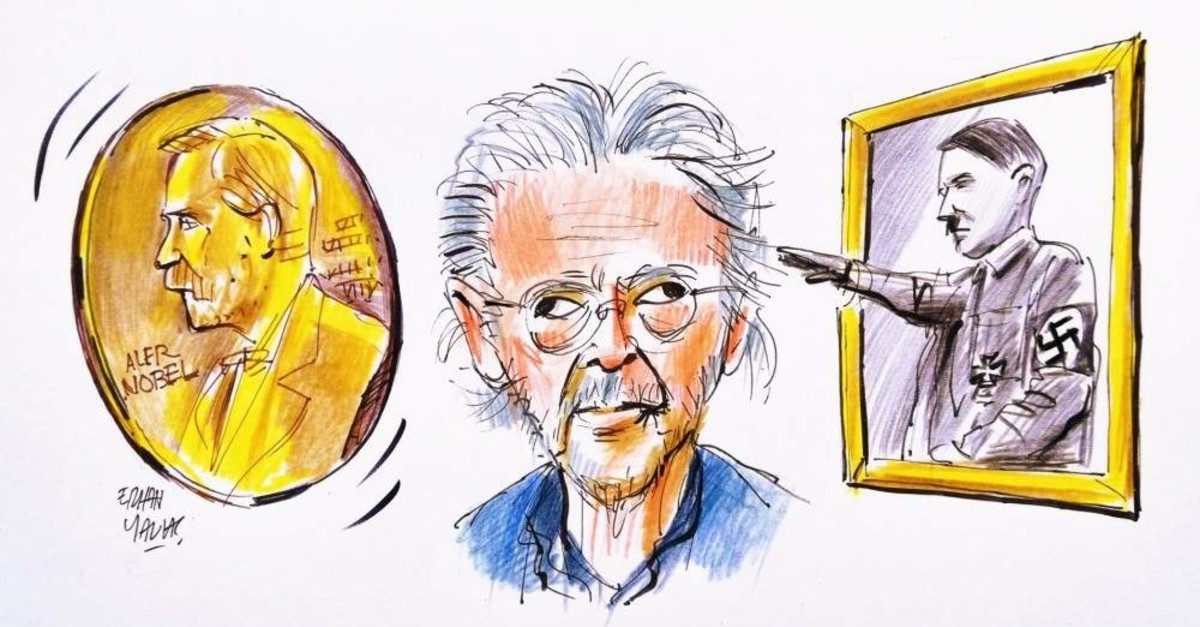 When the Swedish Academy announced on Oct. 10 Austrian author Peter Handke as this year's winner of Nobel Prize in Literature, the decision sent shockwaves across Southeast Europe and beyond. The writer is far better known as an apologist for Slobodan Milošević and a denier of the Bosniak genocide. Reactions to this scandalous decision have been pouring in for almost two months now. Genocide survivors and families of the victims in Bosnia-Herzegovina were outraged, and their representatives announced that they would travel to Stockholm next week to voice their discontent during the award ceremony. Bosnian-American author Aleksandar Hemon penned a powerful op-ed in The New York Times calling Handke the "Bob Dylan of Genocide Apologists." Meanwhile, American journalist Peter Maass, who covered the war in the 1990s, has done an outstanding job of explaining both Handke and the story behind the Swedish Academy's decision to a wider audience.

As scandalous as this decision is, it represents the latest stage in the denial of the genocide in Bosnia-Herzegovina. The first stage of denial began as the war unfolded in the early 1990s, with journalists and pundits introducing a euphemism lest a genocide perpetrated against Europe's Bosnian Muslims should warrant an international intervention. "Ethnic cleansing" was a more sanitized term than genocide and proved successful in obfuscating the nature of the crimes. It worked against a swift response to atrocities that Raphael Lemkin had in mind when he worked tirelessly for the Genocide Convention. The euphemism has proven remarkably resilient and has since evolved into an established academic term.

The second stage of denial began with the rulings of the International Criminal Tribunal for the Former Yugoslavia (ICTY) and the International Court of Justice (ICJ). While the courts established judicial truth, the rulings narrowed down the scale and scope of the 1992-1995 genocide to a few days in July 1995 in Srebrenica. Court rulings ostensibly meant to ascertain facts provided an opening to the localization of the genocide. The opening provided by the wording of the court rulings was quickly seized upon as a convenient way of casting aside and whitewashing atrocities committed in the rest of Bosnia-Herzegovina before July 1995.

The third stage began over the past decade with politicians in the Balkans and beyond starting to deny even this minimalist definition of the scope of the genocide. Denials came in different forms, from the blatant rejection of facts to more sophisticated deniers in academia and nongovernmental organizations taking their cue from postmodernist thinking. "Alternative narratives" and "multiple truths" became the newspeak.

The Swedish Academy's decision for this year's Nobel Prize in Literature is set to inaugurate the fourth stage of denial. The Handke decision brings deniers in from the cold and confers upon them the aura of credibility. It amounts to a mainstreaming of denial.

With two members of the external committee resigning on Dec. 2, the fallout from the October decision continues. Following the award ceremony on Dec. 10, the Swedish Academy will have secured for itself a new place in history: as an enabler of genocide denial.