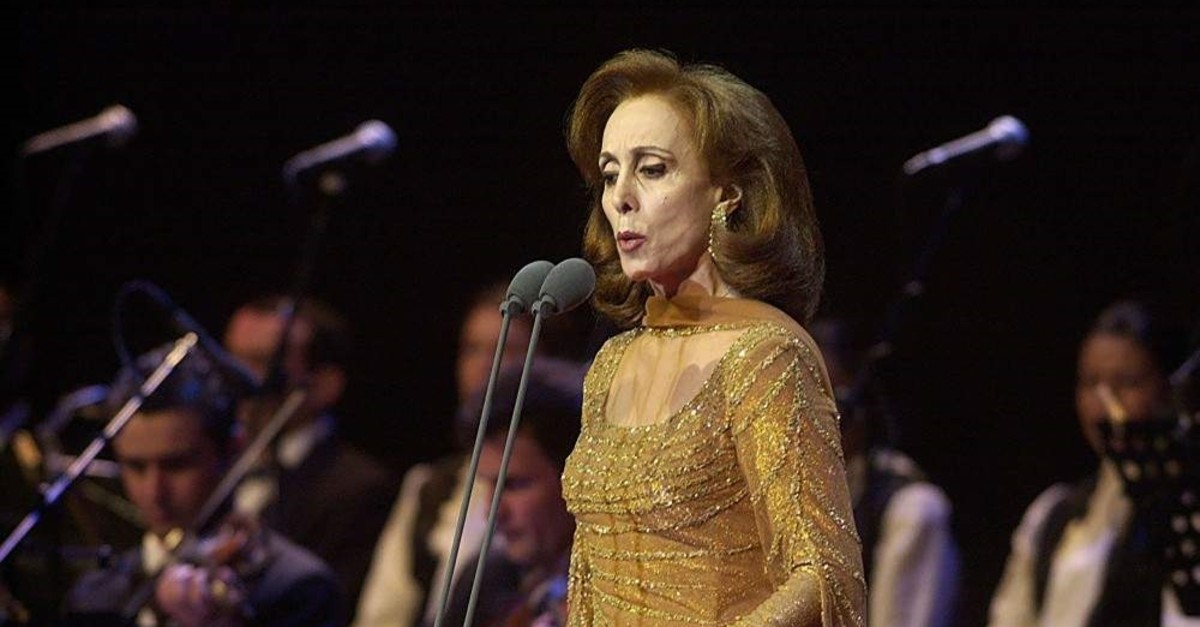 A towering figure in Lebanese music, Fairuz remains a contemporary pinnacle contributing to unity in a country where it is needed now more than ever

Music often becomes a uniting element for nations whose citizens have very little in common: Editf Piaf in France, Elvis Presley in the U.S. and Lys Assia in Sweden. In the case of Lebanon, Fairuz – or Nouhad Haddad by her birth name – holds a very special place as she is equally embraced by the country's multicultural society.

The existence of the phenomenon of the nation is closely related to the presence of symbolic motifs that claim to represent it. What makes a community a nation is mostly these symbolic productions that its members unwittingly confirm and participate in producing every day. National anthems and flags, heroes, "sacred" landscapes, national architecture, national cuisines and tourist brochures all contain the archaic emphasis of nationalist movements' attempts to construct links with the past.

National symbols allow members of communities to feel like part of the national consciousness. Efforts to maintain ties to this consciousness through popular culture are also made – for example, a company identified with a country and is universally known, national athletes competing in the Olympic games or artists representing their country in musical contests. Today, these can serve as more effective tools for emphasizing national consciousness than an antiquated anthem or national flag.

When it comes to Lebanon, the cedar tree motif, a symbol of national character, is an excellent example of a nationalist symbol. Used on the first Lebanese flag designed during the mandate rule established in 1920 and in the flag of independent Lebanon in 1943, this figure serves a symbolic function that links the Lebanese with the Phoenicians on the basis of territorial identity. Another symbol for the country as important as the cedar tree is Fairuz, who began her artistic career during the 1950s.

Fairuz was born in 1935 to a Syriac Catholic father from Mardin and a Lebanese Maronite mother in a poor neighborhood of Beirut. She made a name for herself first on Lebanese National Radio, which had a deep impact on Lebanon's cultural life in the early 1950s. Afterward, she performed at the Baalbek Festival, a major event held by Lebanon in the international cultural arena. Fairuz's collaboration with the Rahbani Brothers, who similarly earned fame through the National Radio and were making Mediterranean style modern music, increased her recognition.

What really made Fairuz valuable for both the Lebanese and the entire Arab world was, without doubt, her enormous artistic talent. Her great live performances, which can be compared perhaps only to those of Egypt's Umm Kulthum, and her modern style that contained a whiff of Latin music, would soon elevate her to a special place within the Middle East. Again, her sensitivity to the social and political issues that Arabs were facing, particularly the Palestine issue, was among what made Fairuz who she is. The album "Rajioun" ("We Are Returning"), which she released with the Rahbani Brothers in 1957, was dedicated to Palestinian refugees. Her songs like "Zahrat al-Mada" ("Flower of the Cities"), which was recorded in the wake of the Six-Day War in 1967, and "Al Quds fi al Bal" ("Jerusalem in my Heart") in 1972 point out Fairuz's use of music to raise awareness of issues that left deep scars on the collective Arab conscience.

Though Fairuz's fame soon spread far beyond Lebanon and transformed her into a voice for all Arabs, she consistently expresses pride in her Lebanese identity. Often performing with the Rahbani Brothers in festivals held in the Roman ruins of Baalbek, the most concrete sign of her country's antique heritage, Fairuz has also performed in musicals there. The plays containing prominent figures from Lebanon's history and traces of cosmopolitan rural life while emphasizing the unity of Lebanon played a significant role in the construction of the Lebanese identity.

The Baalbek performances were instrumental in the nationalization of the geography, highlighting the connection between the past and present. The productions reflected the elements of Lebanese identity. Frequent use of dabke, a national folk dance in Lebanon, in the plays or the presence of the antique ruins of Baalbek alluded to the Phoenician identity. The musical "Ayyam Fakhr al-Din" ("Fakhr al-Din's Days"), which was also staged in Baalbek in 1966, stressed the idea of an independent Lebanon while telling about the life of Fakhr al-Din, the rebellious Druze Ma'ani emir of Ottoman-era Mount Lebanon.

Folklore allows for definitive representation of a nation's history and geography, and essentially its culture. In musicals, many elements reflect the behavioral patterns, traditions, local dress and even the sense of humor of the Lebanese. In this framework, the local Lebanese collective dance dabke is historical evidence of how Christian and Muslim Lebanese can stand side by side.

The use of music to unite masses in line with a political motive within the context of the Middle East is best exemplified by Egyptian President Gamal Abdel Nasser and Umm Kulthum, one of the greatest Arabic divas in history. The cultural instrument of Nasserist Arab nationalism, which swept across the entire Middle East during the 1960s, was the Cairo-based Voice of the Arabs Radio and Umm Kulthum's songs surrounding the theme of Arab unity. All over in the Arab world, from Morocco to Iraq, Umm Kulthum's voice was the symbol of Nasser's Pan-Arab nationalism. At the national level, a similar situation occurred in Lebanon in the late 1950s.

During the presidency of Fouad Shihab, who came to power following bloody internal conflicts in 1958 and an American intervention, Lebanon had a period of reconciliation during which national identity rose against other subidentities. Dubbed "Shihabism," that period between 1958 and 1964 also saw a hectic phase in Fairuz's musical career. At a time when poor Shiite and Druze settlements received greater investments and harbored better relations with neighboring Arab countries, the music of Fairuz reflected the Lebanese character and promoted Beirut, which was nicknamed the "Paris of the Middle East."

The uniting role of Fairuz in Lebanese politics continued in the following years as well. Fairuz rejected persistent offers to leave her country during the period of civil war that broke out in 1975 and did not appear on stage in Lebanon until the end of the war; though she continued to represent her country in concerts around the world during that period. Despite being a Christian, Fairuz took a stance against the Maronite Phalangists during the civil war and backed left-wing Arab groups. In any case, however, all her artistic activities would continue to underline the Lebanese identity as a whole.

As can be clearly seen in the 2003 documentary "We Loved Each Other So Much: Stories of Beirut and the Music of Fairuz," the only breaks during the civil war were when Fairuz's magical voice emanated from the radio. After the civil war ended with the signing of the Taif Agreement, Fairuz gave her first concert in Lebanon at Beirut's Martyrs' Square in front of 50,000 Lebanese and made a great effort to restore Lebanon to its former glory. As Lebanese politics came to be divided during the 2000s between two factions, the pro-Syria and anti-Syria groups, Fairuz continued to be a national figure above politics. When anti-Syrian feelings soared following the assassination of Rafiq Hariri, Fairuz did not receive serious criticism despite performing in Damascus in 2008.

The voice that unites

Without doubt, Fairuz is the voice, and more than that, the soul of her country. She is now considered a treasure by all Arabs, transcending national boundaries. Lebanon holds a distinguished place among Arab nations in terms of raising talented artists. That the cultural movement called Nahda (the Arab renaissance) thrived in Lebanon played a big role in this. Today, outstanding artists like Marcel Khalife, Majida el Roumi and Julia Boutros also represent Lebanon in the international cultural arena; however, apart from being an artistic figure, Fairuz is a national symbol that makes Lebanon what it is.

As Christopher Stone wrote in his now-classic "Popular Culture and Nationalism in Lebanon: the Fairouz and Rahbani Nation," the ruins of Baalbek, which symbolizes the long history of the Lebanese motherland, Fairuz gave voice to the existence of Lebanese people as a whole, despite their differences. For the Lebanese, who are fighting nowadays to find a way to get rid of a sectarian-based political system, Fairuz remains a crucial element of their national consciousness. Lebanon is a "Fairuz nation" and if it is able to maintain its national identity, there is no doubt that Fairuz's voice will remain a dominant factor in this process.