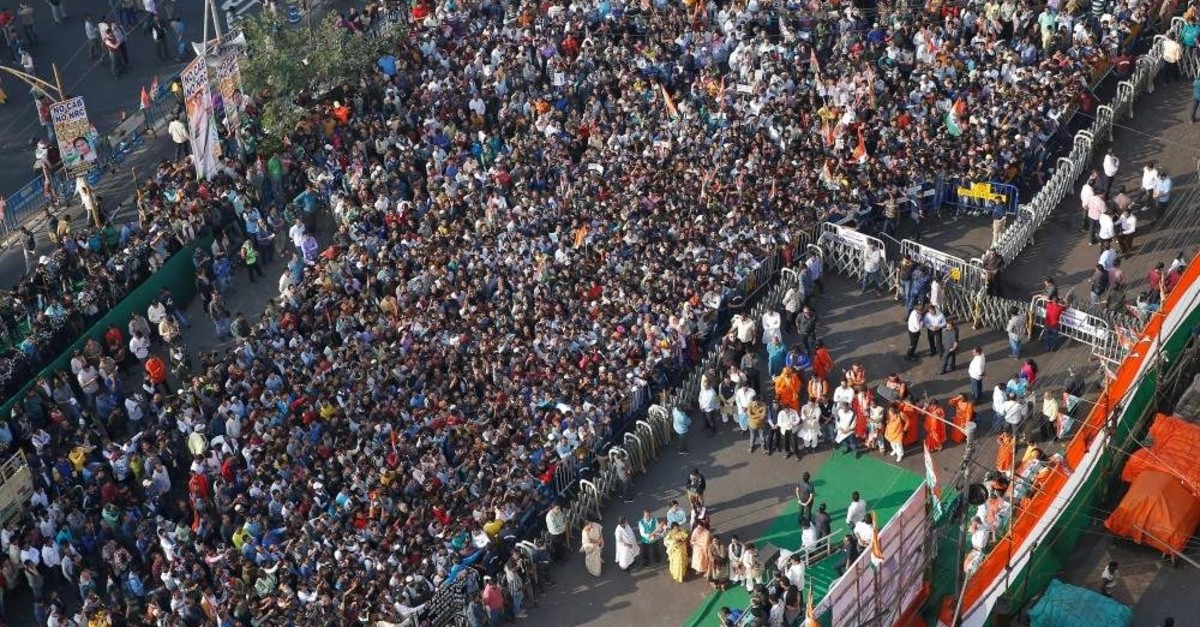 Dulal Chandra Paul, a 65-year-old man, died on Oct. 13, 2019, in the Guwahati Medical College Hospital (GMCH) of Assam state, India. His family members have refused to receive his body until authorities pronounce him an Indian. As reported by the Hindustan Times, he was a resident of Dhekiajuli in Sonitpur district who was declared a "foreigner" two years ago by a tribunal over the issue of the National Register of Citizens (NRC) and was sent to a detention camp. Like the late Mr. Paul, millions of Assam's people are facing the same problem of being classified as foreigners because of this NRC issue. This problem has already been the cause of several humanitarian crises, which are gradually building into a big crisis.

Background of the crisis

Assam is a northeastern Indian state which shares its border with Bangladesh on its western side. By ethnicity, Assamese are the majority and Bengalis are the minority. Assam was part of the Bengal province – spanning today's Bangladesh and the West Bengal state of India – during the time of British colonial rule. During that time, Bangla was the official language of this state. Besides the existing Bengalis, a number of people from Bengal province went there for farming and business and started to reside permanently. It was difficult to distinguish Bengali people from the Assamese because of their same physique.

First in 1874 and finally in 1912, Assam was made a separate province. When India and Pakistan were created on the basis of the two nation's (Hindu and Muslim) theory, Assam became part of India. It is historically true that a number of population transfers between two countries have occurred upon the will of people, not only in 1947 but continuously in the following years as well. In addition to this, when the war between West Pakistan and East Pakistan (today's Bangladesh) started in 1971, a number of people took shelter in the neighboring Indian states including Assam, West Bengal and Tripura. A large number of these refugees returned to Bangladesh after the liberation war.

Historically, there has been conflict between the state's two ethnic groups, as the Assamese see the Bengalis as foreigners. In addition to this, the majority of Bengalis are Muslim whereas the majority of the Assamese are Hindus. After the partition of India and Pakistan, there was a demand to declare the Assamese as the official language of the state, which was implemented in 1960 by the Assam legislative assembly. In the time of the liberation war in Bangladesh, when the number of Bengali refugees increased, the hostility against Bengalis also increased. In the late 70s and 80s, several massacres and violent movements were staged by the All Assam Students' Union (AASU) and All Assam Gana Sangram Parishad (AAGSP). They often demanded that Bengalis be excluded from Assam.

When Modi came to power in 2014, the extreme Hinduism "Hindutva" came to the forefront of every aspect of the policymaking. As a result, the updating of NRC began again in 2015. Citizenship status was tied to the date of March 25, the starting date of the war between West Pakistan and East Pakistan. Only individuals who can prove they came before March 25, 1971 by legal documents will be declared as citizens. In 2016, the Bharatiya Janata Party (BJP) focused on this issue for their voting campaign in the Assam assembly election. Prime Minister Narendra Modi participated in 14 mass gatherings in which the NRC issue was a hot topic. BJP intended to win the Assam legislative assembly, where the Congress Party had been in power for 15 years, at any cost. To do so, Modi's party used this issue on a large scale to ensure it would win a majority of the Assamese vote. The BJP and its coalition partners won 86 seats in the 126-seat assembly.

The NRC authority published the initial list of citizens on July 30, 2018, which showed that about 4 million people had been excluded from citizenship. The final list was published on Aug. 31, 2019, listing about 2 million (1,906,657) people who had been excluded. The government provided 120 days' for appeals to the foreigner tribunal. Individuals who lose their final appeal to prove themselves as Indians will be forced to go to detention camps, where a number of those declared foreigners are already living.

The type of crisis

Even those whose grandfathers were Indian can be labeled as foreigners. Those who have been residents of India for 40 years or more can also be stripped of citizenship. Having been branded with the obligatory status of a foreigner, 2 million people are now facing many problems. Firstly, they will become stateless. To be labeled a foreigner, one must have the nationality of another country; however, as these individuals in Assam do not, they will ultimately become stateless people.

Secondly, they are being forced into detention camps which are basically like prisons. Like the late Mr. Paul, several of these individuals are going to die without proper treatment. NDTV reported that on Oct. 24 another man, 70-year-old Phalu Das, also died in the detention camp without proper treatment, according to his family members' claims. This issue has created an uncertain future for 2 million people.

Is the basis of NRC accepted?

Secondly, if Pakistan and Bangladesh started to conduct the NRC, what would be the impact of it? Because of 100 years of living together and the flexible migration culture everywhere on the Indian subcontinent until the 1950s, it was very normal to migrate from one place to another.

Thirdly, what will happen to Indian-origin citizens living in other countries around the world? In Malaysia, where about 7% of people have an Indian background, would another NRC there be accepted? Or consider Indians who are seeking the citizenship of Western countries by residing just four or five years there. Is it not enough to become an Indian citizen by residing in the country for 50 years, from generation to generation?

In recent years, the central leadership of the BJP often threatens to send Assam's "foreigners" to Bangladesh. As the majority of these "foreigners" are Muslim, there is a high possibility of pushing them into Bangladesh. A law was made in 2016 regarding the amendment of citizenship in which the non-Muslim's (Hindu, Christian, Sikhs, etc.) citizenship process was made easy. The BJP leaders are convincing the Hindu people that this issue won't hamper the Hindu people. So, within the law and appeal, non-Muslims, especially Hindus, may continue as citizens, but Muslim people will face a crisis. Along with the Kashmir issue, a number of initiatives by Modi's government made it crucial that Bengali Muslims be declared foreigners.

The world should be concerned

South Asia is facing two major crises in the Kashmir and Rohingya issue, and the world should also be concerned about this Assam issue before it grows as large as a humanitarian crisis. Though a number of international organizations, including the United Nations, have raised their concerns about this issue, that is not sufficient. The Modi government is trying to establish this as an internal issue, but is it actually an internal issue? When anyone is using the word "foreigner," another country is absolutely coming to the point.