Deepening relations between Turkey and Malaysia 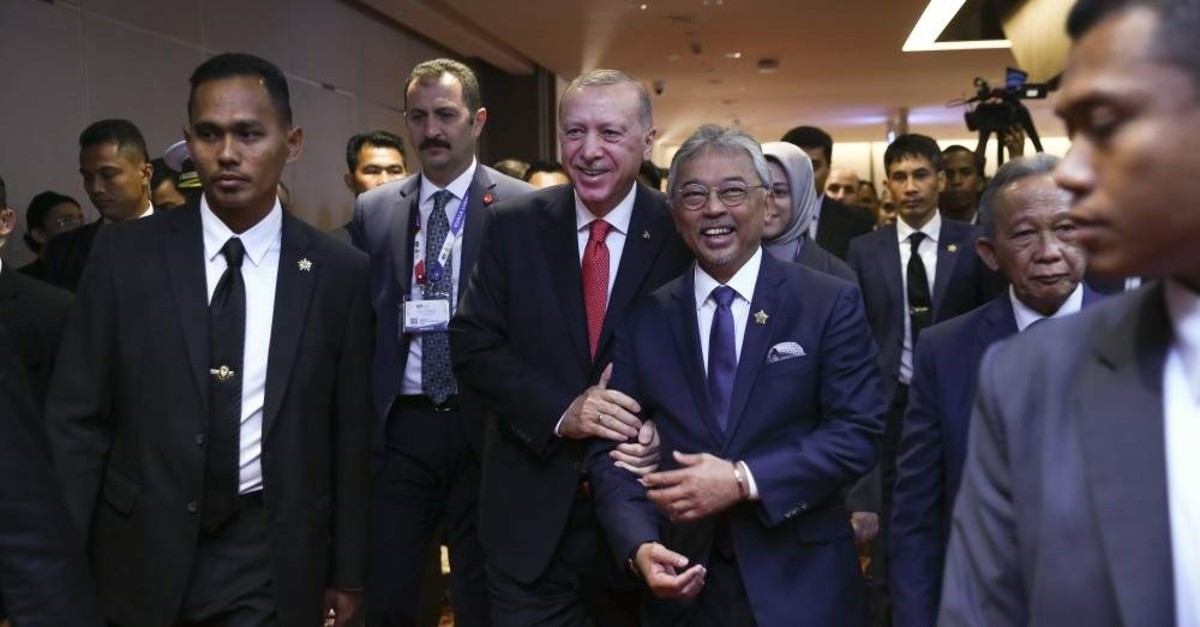 Given the similarities in culture and faith between Turkey and Malaysia, I consider Malaysia to be my second home. In this country, I have had the opportunity to experience many things such as learning and practicing English and Bahasa Melayu during my time at the International Islamic University and the University of Malaya. Being welcomed by Malaysians and having the opportunity to attend both these universities have provided unforgettable memories and experiences.

One of these experiences has been gaining a heightened awareness of global politics. For example, I have learned that there is a growing sense of empathy among Muslim Malaysians toward other Muslims such as Uighurs, Palestinians, Rohingyas and Indian Muslims. This shows there is a desire for unity among Muslims. Hence, Malaysia's efforts in providing a voice for oppressed Muslims are truly worthy of appreciation.

One such effort is a joint project initiated by Turkey, Malaysia and Pakistan in the fight against Islamophobia amid increasing global prejudice toward Muslims.

Therefore, it can be said this anti-Muslim bias in political, economic, social and cultural fields creates a compulsory and collective reciprocation mechanism against it. Turkey and other Muslim nations truly and sincerely should support these three nations as much as possible.

Support could be shown through acts such as purchasing products made in these three countries, introducing their universities to the locals in other countries and advertising their cultural beauty to the world through every available means.

There are political, economic and cultural examples that support the current trend of increasing trust between Ankara and Kuala Lumpur. Sabiha Gökçen International Airport (ISG) in Istanbul is a great example with Malaysia Airports Holdings Bhd (MAHB) having purchased all stocks of it in 2014.

It should be noted that the current passenger capacity of this airport is around 35 million. Additionally, ISG has been given many accolades, including the Airport of the Year award by the Center of Asia Pacific Aviation (CAPA) in 2019. With tourism and business demands growing it is predicted that the airport capacity will rise to over 65 million in 2021.

I had a Malaysian friend who learned to speak Turkish within six months in Turkey. It would be wise to point out that if anyone wishes to learn Turkish in Malaysia, the Yunus Emre Institute operates in Kuala Lumpur with a remarkable number of students. It has several programs and activities that attract students from different backgrounds and ages. One such program at the institute was a project called the "Brother/Sister Family Project," which enabled Malaysian families to host Turkish families in Malaysia.

I have learned Bahasa Melayu at a basic level and have been practicing it as much as I can. Being able to speak Bahasa Melayu has enabled me to reach out to over 300 million people across Asia. I am against those who underestimate the usefulness of Bahasa Melayu as it is a very significant language that opens up a unique world for its speakers. In my opinion, being able to speak English is good but knowing Bahasa Melayu could give anyone an upper hand in the region.

The Turkish Embassy in Malaysia and the Malaysian Embassy in Turkey should play crucial roles in informing businesspeople about the different sectors in Malaysia and Turkey. Turkey and Malaysia should open other informative offices in Ankara and Kuala Lumpur that focus more on cultural and economic exchanges.

First, the presence of high-level attendees at the summit despite the unfortunate absence of Saudi, Indonesian and Pakistani leaders was appreciated. Though some leaders were unable to attend the four-day summit, Muslims around the world expect them to contribute and take part in achieving the goals agreed on by the participants in the summit.

President Recep Tayyip Erdoğan visited Malaysia on Dec. 18 to attend the Islamic summit "The Role of Development in Achieving National Security." This particular summit saw the attendance of authorities from many other Muslim nations such as Qatari Emiri Sheikh Tamim bin Hamad Al Thani and Iranian President Hassan Rouhani. This summit has been described by critics as a challenge – or rather an alternative – to the Organisation of Islamic Cooperation (OIC) and a tool that could cause more division between Muslim nations. The verdict is still out on whether this group could offer a stronger, more active voice for Muslims around the world as many have begun to question the effectiveness and validity of the OIC.

Malaysian Prime Minister Mahathir Mohamad underscored that unilateral policies can harm any country. He stated, "With the world witnessing nations making unilateral decisions to impose such punitive measures, Malaysia and other nations always must bear in mind that it can be imposed on any of us."

One example is the stance of the EU on the purchase of palm oil. Some see this as an unjust decision designed to pressure Malaysia. Additionally, more powerful regional players are pressuring Malaysia about issues in the region. Malaysia has also started speaking out against brutal and unequal policies troubling Muslims around the world.

For instance, Malaysia is determined to act against Islamophobia and the genocidal attacks of the Myanmar military on Rohingya Muslims. It should be pointed out that such policies have drawn the attention of both allies and rivals of Malaysia.

Erdoğan also underlined economic unity, saying, "Trade in national currencies has gained urgency amid talks of trade wars. We should first of all put the issue of Islamic finance as well on our agenda."

As a measure of economic unity, leaders at the summit pointed out the importance of trade. In this respect, gold and new trade mechanisms are expected to be implemented so the impact of future trade wars will be minimal.

Close to 20 leaders or delegations from the 57 OIC members were sent as representatives of different levels capable of implementing decisions for participating nations for the summit. This is the main difference between the OIC and Kuala Lumpur summits.

For example, it is a point of pride that both Turkey and Malaysia have been working to ensure that Muslims facing problems worldwide are able to speak out. This work includes collaboration on various issues such as terrorism, Islamophobia, media, youth exchange, food security, defense and security.

In this scope, the Turkish Aerospace Industries (TAI) and the Scientific and Technological Research Council of Turkey (TÜBİTAK) were among many other companies represented at the summit.