Soft or hard power: The cycle of US policy in the Middle East 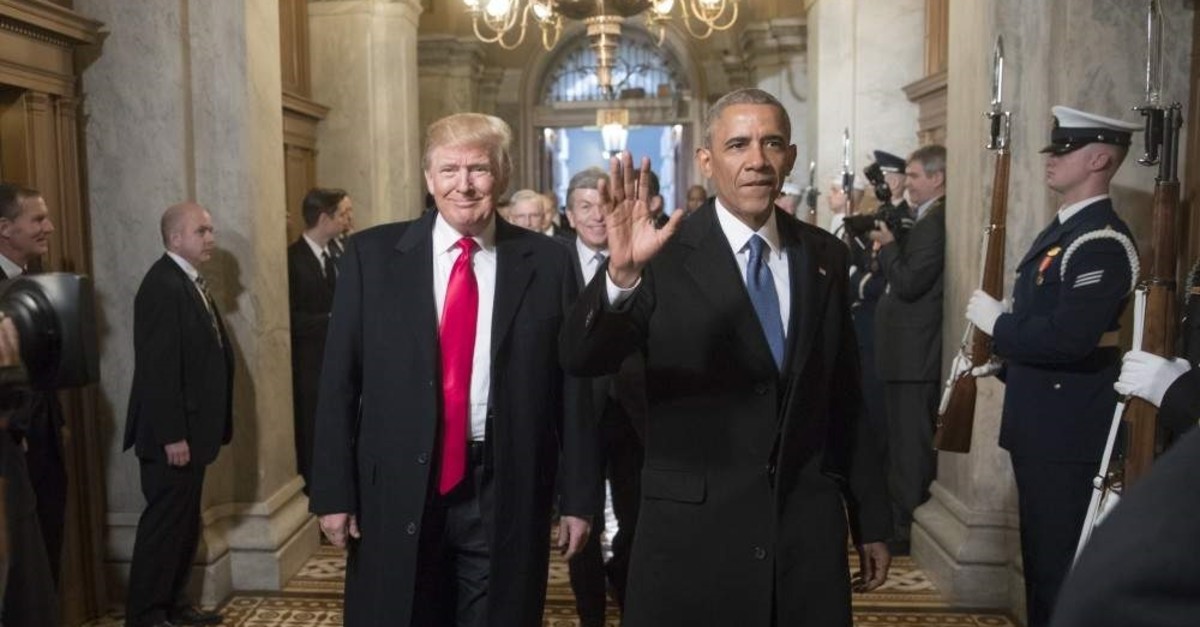 When it comes to U.S. strategy in the Middle East, the keyword seems to be "chaos." Indeed, to some extent, the chaos in the region means national security for the U.S. It has always been like this, since the entrance of America in the area in the '30s.

Back then, during the Cold War, along with the bipolar system logic, American security was pursued through the containment of the Soviet Union. In order to keep the balance of power, both blocks used to expand their influence and to contrast the other one by supporting an authoritarian regime. This trend erupted in the unfortunate 9/11 events when it became clear that the systemic dynamics were changing. Emerging as the greatest power, the U.S. started to act as the unique watchdog of international order, while the Cold War paradigm was put to discussion.

At this point, as the authoritarian regimes were perceived as the main threats, the democratization of the Middle East was functional to American security. If it is true – as the democratic peace theory states – that democracies are more peaceful than other regimes, in order to prevent any attempt to the liberal stability championed by America the whole Middle East needed to be democratized through regime change processes.

Therefore, the 2003 Iraq War has to be read in this spirit. The American invasion was a sort of political engineering aimed at creating a democratic Middle Eastern order. By occupying Iraq and toppling Saddam Hussein, the U.S. was willing to create disorder as it was stated several times by George W. Bush and his Secretary of State Condoleezza Rice.

"The creative chaos" doctrine pivoted on the idea of getting rid of dictators to achieve the democratic dream. Thus, by exporting democracy through military actions peace might flourish not just in very complicated states but also in a very peculiar region. Indeed, history shows that it was just a dream made by a blind actor since democracy is the product of longstanding processes as well as cultural factors and cannot be exported to another country as a simple present. The preventive war carried out by U.S. President George W. Bush and the huge military expenditure were one of the reasons leading Barack Obama to the presidency, who promised to end the American military experiences.

One of the pillars of his political tenure was, among the other things, the reduction of U.S commitments in the Middle East. Despite this, Obama authorized a military intervention in Libya and acted as promoter of the international coalition against Daesh. What marked the difference with Bush's administration was a lower engagement and a stronger commitment to international priorities.

The Middle East became the theater of the fight against Daesh, which was initially conducted through air operations and through support to certain combat groups already on the ground. In the Middle East, Bush was the chaos-maker, while Obama tried to cope with it by acting as a mediator and negotiator.

A mixed formula of soft power and hard power was his main tool in addressing the international issue and pursuing American national security. The main successes of his strategy were the killing of al-Qaida' s mastermind Osama bin Laden and the signature of the so-called "historical deal" with Iran.

By acknowledging Iranian aspirations and acting as the leader of the coalition against Daesh, the U.S. not only marked once again its presence in the region, but this time it also tried to balance the power of local actors. However, Obama was not able to solve the existing problems and to some extent has contributed to more insecurity as new nonstate actors emerged.

When Trump came to power, he cut all legacies with his predecessor. The current American president has presented himself as the real promoter of the "great war on terrorism" against Daesh and Iran, identified as enemy number one for America and as the main cause of the problems in the Middle East.

In this context, the unconditional support for Israel and the aim to change the status quo by moving the American Embassy from Tel Aviv to Jerusalem should be pointed out. In the anti-terrorism perspective, a new security approach based on the alliance with Saudi Arabia, Egypt and İsrael has been promoted.

In Trump's strategy, this is a tool to contain Iran, which was the object of fierce criticism and condemnation even in relation to the nuclear deal, and then came the sanctions. Nevertheless, the negative approach toward Tehran has been the leitmotif of Trump's tweet campaign that culminated in threats targeting some of Iran's strategic places, while the animosity reached its peak with the murder of Iranian Gen. Qassem Soleimani. Nowadays, tension is escalating not only between Washington and Tehran but also in the whole region. The risk has created a sort of domino effect in the whole area.

Actually, anti-Americanism has widely spread, and the U.S. is again proving how poor its understanding of Middle Eastern affairs are or, said in a different way, how much it cares about peace and stability when it is not its own. Paradoxically, chaos is a security provider to American national interest and once one wave is over, new security concerns arise by provoking more disorders. It is a cycle, where the U.S. uses hard and soft power according to temporary needs and ideologies.

The final product is always a hegemonic approach with different shades of unilateralism. It may be the game to play in the dominant position of a large power; however, in the end, the U.S is now plagued with a sort of "order-disorder" syndrome, exhaustion hovering between chaos and order

Although even in psychological terms chaos functions to facilitate order and creativity, there is a danger lying behind the tendency to keep everything under control, namely the fact that total control will never occur. It is the so-called "paradox of control," and it is the reason why when an actor aims to put all things in order, despite some temporary advantages, it will not achieve the results it hoped for. Furthermore, sometimes the problem is that the object of our control rebels against us: as it happens in private relations as well at the macro level any time there is the imposition of new rules or habits, anger, and rebellion mood arise.

Nevertheless, there is nothing unhealthy in the desire of feeling secure and of restricting the threats by cleaning them up, if it is done as a preponderate and moderate action. Indeed, the real success for individuals, policymakers and state powers comes when they know where to stop.