UN codes on killing of Soleimani: Was the US act legal? 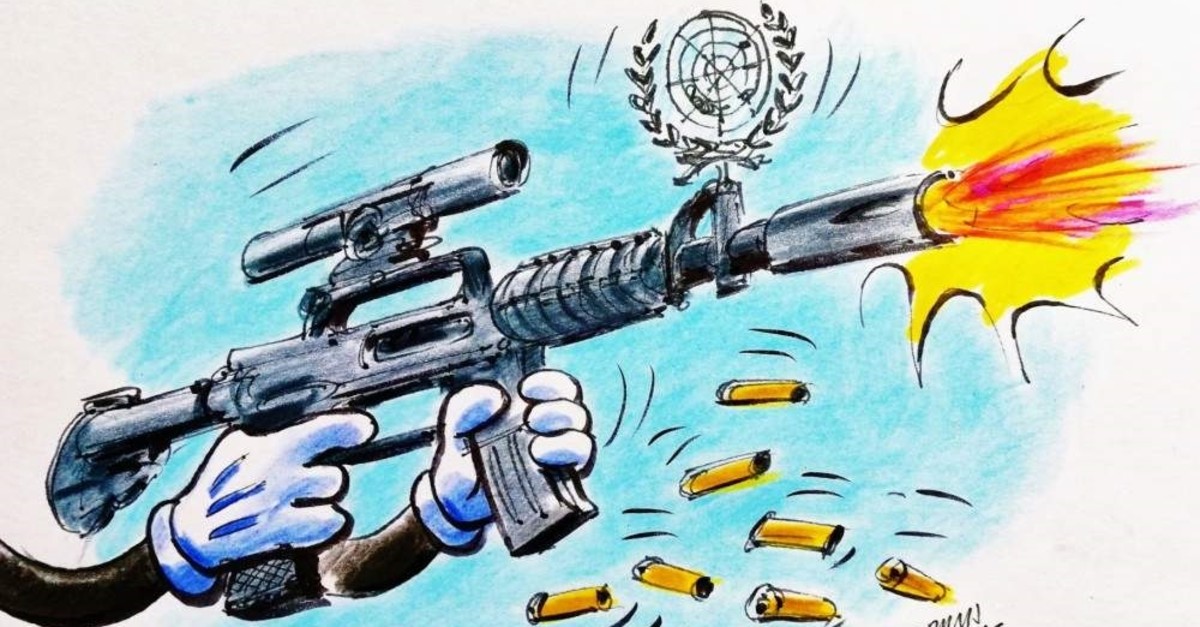 The leader of Iran's powerful Islamic Revolutionary Guard Corps Quds Force, Qassem Soleimani was killed in a U.S. drone strike last week. Iran has vowed retaliation against the U.S. The last few weeks have seen tension flair between Iran and the U.S.

Earlier on Dec. 27, 2019, a barrage of more than 30 rockets were fired at an Iraqi military base near Kirkuk, killing an American contractor and wounding four American and Iraqi servicemen. The U.S. accused the Iran-backed militia group Hezbollah for the attack. The militia group, however, denied responsibility.

In retaliation, the U.S. launched a series of airstrikes in Syria and Iraq, killing 25 members of Hezbollah. In response, the militia stormed the U.S. Embassy in Baghdad, the largest embassy of any nation covering 104 acres, just six acres shy of the Vatican. The reception area of the embassy was burnt, though no casualties were reported. Trump, in the following days, in his characteristic style, threatened Iran but it was not really taken to be anything more than an idle threat because he has done so with countries in the past before backing off.

The declaration of war

He threatened Iran after it shot down a U.S. drone but didn't follow through on that threat. The drone strike killing Soleimani came as a surprise to many. Opinions will vary, but the fact remains that this is a declaration of war. Robert Malley, the president and chief executive of the International Crisis Group, said, "Whether President Trump intended it or not, it is, for all practical purposes, a declaration of war."

Opinions are galore. Rhetoric and saber-rattling in abundance. However, was this U.S. strike legal?

"All members shall refrain in their international relations from the threat or use of force against the territorial integrity or political independence of any state, or in any other manner inconsistent with the Purposes of the United Nations."

"Nothing in the present Charter shall impair the inherent right of individual or collective self-defense if an armed attack occurs against a member of the United Nations until the Security Council has taken measures necessary to maintain international peace and security. Measures taken by members in the exercise of this right of self-defense shall be immediately reported to the Security Council and shall not in any way affect the authority and responsibility of the Security Council under the present Charter to take at any time such action as it deems necessary in order to maintain or restore international peace and security."

But Article 51 deals with a self-defense attack when an armed attack has happened against a state. What does the international customary law say about a situation when one state has to preemptively attack another in order to thwart an imminent threat? When an attack has not occurred. In such a situation, Article 51 is not permissive. That is where the Caroline Test comes into action. The use of anticipatory force or preemptive attack is allowed in international law if the situation passes the Caroline Test, which has four requirements:

The Caroline Test was recognized and endorsed by the Nuremberg Tribunal.

Did the U.S. attack, killing Soleimani, pass this test? We do not know because Secretary of State Mike Pompeo went on CNN and refrained from discussing the intricate details of how imminent the attack was because he equated the imminence of the attack with intelligence and hence refused to share details. The interviewer didn't push further, which hardly comes as a surprise. "Gen. Soleimani was actively developing plans to attack American diplomats and service members in Iraq and throughout the region," the Pentagon said in a statement. The argument is: trust our word.

Such statements of proof from those who kill are reminiscent of the drone strikes in Pakistan. Every time, some innocent civilians were killed in a U.S. drone strike in Pakistan, the newspaper story always labeled them as "suspected militants" because the intelligence officials and U.S. officials said so. If the norm is that the statement of those who kill is used as definitive proof of the justification of murder, then why do we oppose the Taliban, al-Qaida and Daesh? They also have the same standard of justice. Furthermore, Hezbollah has also denied responsibility for the attack that killed an American contractor. If someone's word is not enough then why is U.S. officials' word credible?

'The game has changed'

A day before the attack that killed Soleimani, U.S. Defense Secretary Mark Esper had issued a dire warning. "If we get word of attacks, we will take pre-emptive action as well to protect American forces, protect American lives," Mr. Esper said. "The game has changed." What did he mean by that? Is the international law a game in the hands of the powerful nations? Or did he mean to say that international laws would tailor-change, if you will, to fit the actions of the U.S. government to legalize them? Or is he too naive to know what the rest of the world already knows that that has been the norm in global relations?

The U.S. media including CNN have come into action into the service of selling the argument that the killing was justified. Notice that CNN is usually tirelessly chirping anti-Trump slogans. But not on this one. But since their job description is to continue bashing Trump, they shift between how the attack was great to Trump-must-get-the-Congressional-authorization. The only qualm they have is that it touches upon the range of the war powers of the president of the U.S. It appears as if they know about the aspects of International law mentioned above as much as a teenager in an American high school.

Sen. Christopher S. Murphy, a Democrat from Connecticut, said on Twitter, "Soleimani was an enemy of the United States. That's not a question. The question is this - as reports suggest, did America just assassinate, without any congressional authorization, the second most powerful person in Iran, knowingly setting off a potential massive regional war?" Not a single word about international law. No worry expressed anywhere for the fact that an airport of Iraq was attacked twice within a few hours. That is a war crime.

Furthermore, it would serve Sen. Murphy to remember that it was Barack Obama whose signature style of war-making was to just go for it instead of asking the Congress about it although he was a Constitutional law professor in his previous life. Obama personally signed off on the so-called "kill-list" during his "Terror Tuesday" meetings. That list contained the people to be killed in drone strikes around the world, including U.S. citizens. It would also come in handy to realize that Obama did believe in Congressional authorization but reverse. He drew his famous red line for the chemical weapons use in Syria but then didn't follow through on that threat. That is when he decided to ask Congress.

US media on killing

Currently, the U.S. media is busy in highlighting the life and actions of Soleimani under a microscope for the American audience. The so-called experts that they invite to venture into pronouncing the Persian and Arabic names properly and without messing up the exact pronunciation because it creates credibility. Beyond that, these experts do what jugglers in my hometown of Charsadda used to do to draw attention and shape opinion. News readers on major American TV channels remind the viewers how Soleimani was not just a general but also a de facto foreign minister of Iran, chief of the Iranian intelligence agency, and also a commander of the elite force of Iran. To scare the American audience better, The New York Times quoting Mark Dubowitz said, "For 23 years, he has been the equivalent of the [Joint Special Operations Command] JSOC commander, the CIA director and Iran's real foreign minister."

Think about it just for a moment. Why should it be scary that he actually had these multiple assignments? But the tone of the newsreaders creates this very feeling inside the minds of gullible American audiences and news consumers, making it easier for them to get scared by job descriptions they can connect with such as "CIA director" and "equivalent of the JSOC commander." They are going back to the 1980s in justifying the murder of Soleimani. Not a single argument is based on the legal aspects of the strike.