When leaders like Khamenei threaten war, they put their own lives on the line 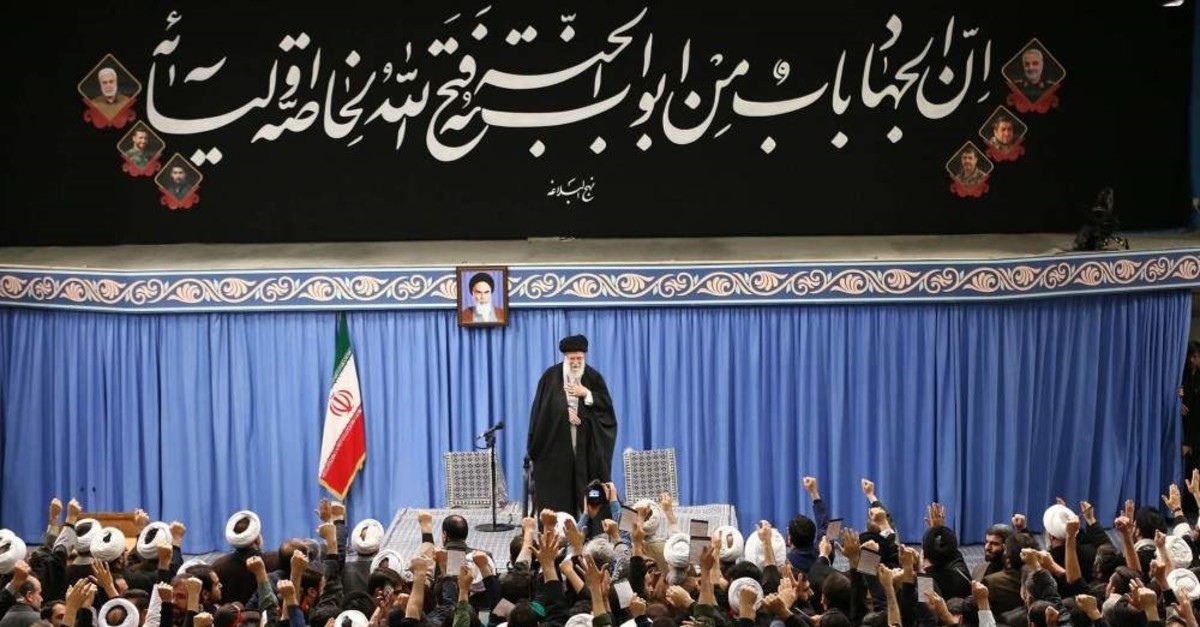 Iran's leaders continue to play a game of political fortitude and in the scenario of war, they are aware that their lives could be in immediate danger

When the George W. Bush administration deliberated launching Operation Iraqi Freedom in early 2003, then-Vice President Dick Cheney, then-Secretary of Defense Donald Rumsfeld and their Cabinet colleagues certainly did not feel that engaging in war was a direct threat to their own lives or families. In the modern world, war is a politically motivated decision that rarely has implications for political leaders' personal lives. However, for a country like Iran, war is both a political and personal matter. The recent assassination of Iran's Islamic Revolutionary Guard's top general, Qassem Soleimani, has revealed that their inspirations are driven more by ideological positioning than mere pragmatic state-centered gains.

As the beating drums of war get more intense, so do the verbal altercations between decision-makers. In a recent interview with CNN, even before the assassination of Soleimani, Iranian Foreign Minister Javad Zarif was asked about his thoughts on the hypothetical event of a U.S. or Saudi military strike against his country. "An all-out war," Zarif responded.

Zarif's decisive answer to a rather difficult hypothetical scenario is not merely a politically savvy answer expected of the diplomatic elite. It also reflects a personal commitment to the Iranian state and its vision for the region, and arguably more importantly, it reflects a nonchalant willingness to put his own life on the line.

That willingness is not present in – and more importantly not required of – the leaders of the hypothetical coalition of the U.S., Israel, and the Saudi and Emirati royal families.

Much of the academic literature on military conflict focuses on the states and proxies involved, as it should. But armed conflict almost always has immediate consequences for the political leaders of the defeated side and in a hypothetical Iran-U.S. coalition war, defeat would most certainly mean the lives of the Iranian axis' leaders. That is why cutting-edge literature in security studies are increasingly exploring the idea of leadership as a unit of analysis along with the conventional nation-state as a unitary actor hypothesis.

While we are writing this piece, multiple news sources confirmed that Iran has started its retaliation by firing dozens of ballistic missiles at U.S. military bases inside Iraq; U.S. fighter jets are also reported to have been deployed. If this means a full-on war, Iran would certainly utilize its proxies in the region, groups that have now been actively invested in what some scholars term the "Shiite expansion phenomenon." But Iran's vision for the region was not born with the Arab Spring, and neither was their personal commitment to such a vision.

For decades, the regional proxies and allies of the Iranian revolutionary leaders have suffered injuries and casualties, just like their armies. Such is the case of Hassan Nasrallah, the secretary-general of Hezbollah, who's eldest son was killed in battle by Israeli soldiers. This was also the case of Nasrallah's predecessor and former secretary-general of Hezbollah, Abbas al-Musawi, who was assassinated by the Israel Defense Forces in February of 1992.

Even the Islamic Republic's founding father Ayatollah Khomeini's son Mostafa Khomeini, was believed to be poisoned by the then-Shah's intelligence, dying during the turbulent days that led to the Iranian Revolution of 1979. Iraqi Shiite militias and the Houthis are no different, with leaders of these groups feeling the pain of war on a personal level.

The prospect of war ought to be extinguished at all costs. The Iranian response is startling, not because of the willingness to defend their state against perceived attacks, but because of the implications of such a perilous resilience and resolve.

Resolve is one of the few unquantifiable, often unobservable, yet game-changing variables in international relations. Iran's leaders play a game of political fortitude and in the scenario of war, they are aware that their lives would be at immediate risk.

And in reality, that is what separates them from their enemies who know of no such consequences to engaging in war. The sooner the academics, policy circles and decision-makers in the West take this into account, the less costly potential confrontations will be.

A miscalculation in action or intention can lead to a very long war; Saddam Hussein's miscalculations of Iran's resolve are precisely what led to a decade-long war between the then-U.S.-backed Iraq and Iran for the entire decade of the 1980s.

Analysis has alluded to a possible third world war. Even if such a phenomenon is possible, it would look nothing like the frontlines of the first two, as the nature of war is ever-changing and increasingly indirect and aerial. Since the beginning of the 21st century, the American public has largely been ignorant of the mere existence of Soleimani operating within the Middle East, revealing the obvious fact that any escalation in conflict between the two states would be the U.S government's war, not an American one.

* Former staffer of the Bernie Sanders for President Campaign and a Ph.D. student in the Department of Political Science at Texas Tech University