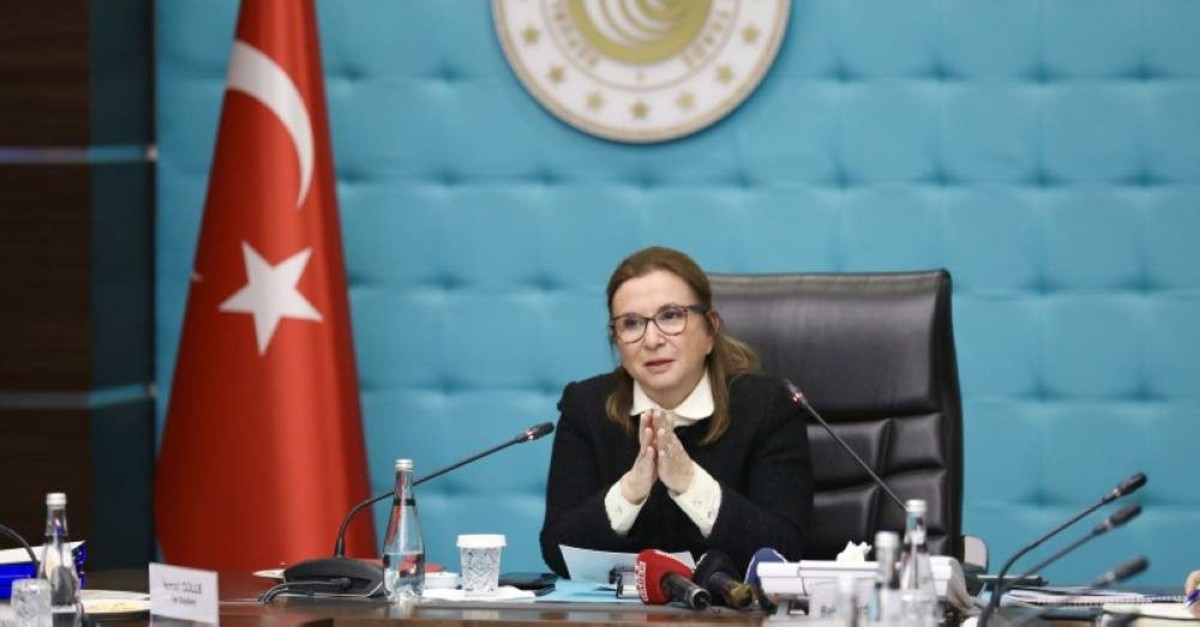 It was indeed critical Turkey increased its exports in a time of rising protectionism and trade wars, coupled with sporadic regional instability and uncertainty in the international arena. The 2% rise in our overall exports that surpassed $180 billion placed Turkey among the countries with the best export performance in 2019. The available data released by the World Trade Organization (WTO) showed that while the top 50 countries had on average a 2.7% decrease in exports in the first nine months of 2019, Turkey ranked seventh in terms of exports increase and fifth in the rise of exports value. We also had a very robust performance in services trade, attaining a $28 billion trade surplus.

Hence, we are quite happy about our trade figures and especially about the performance of our exporters, who had to overcome many negative factors in international markets and displayed great dynamism and flexibility in sustaining high exports.

The durability of our exporters is very promising in terms of our expectations from 2020, as well. Major international organizations' estimates for 2020 are more promising than the ones for 2019. According to the WTO, the world economy is expected to grow 2.7% and the International Monetary Fund (IMF) estimates that the global economy will expand by 3.4%. With those promising figures in mind, we will aim for progress in our sector and market-based goals as outlined in the Exports Master Plan. We hope to achieve a $190 billion export target, as specified in the New Economy Program.

Digitalization and digital economies are important concepts of our age. We have been introducing new projects in almost all service areas of our Trade Ministry.

As part of our digital customs vision, we have completed transferring all processes for exports to the electronic platform, meaning that for a typical export process, traders do not need to deal with paperwork anymore. We will soon complete the same for import documents. In addition, by using digital means, we have been developing the scope of pre-arrival customs processing as well as electronic customs processing. Furthermore, most of the port operations, transit processes and procedures are handled electronically. We will continue our digitalization projects and increase our exporters' competitiveness in global markets.

By using the Container Port Tracking System and Port Single Window System, the procedures carried out at the ports are monitored effectively and implemented quickly. With the help of the Single Window System we launched and continue to improve on, the documents required for foreign trade are being processed through a single computerized system.

In addition, we use the Common Transit Procedure (CTP), a non-paper based process, which, by means of the New Computerized Transit System (NCTS), accelerates and simplifies transit procedures and provides an advantage to logistics companies operating in Turkey.

From the letters of accreditation accepted by the customs administrations to the return of these letters, we have transferred the operations completely to digital platforms.

To help our risk management with respect to customs, we have been incorporating data analytics and data mining applications.

Last year, we also completed the Foreign Missions Information System. This is a comprehensive and user-friendly electronic platform that enhances communication and documentation between the ministry in Ankara and our trade missions around the world. It also provides an effective and interactive tool for companies to reach our trade missions online.

I must also mention that as of Jan. 1, we have started to process all applications for export incentives online. This is a strong incentive for all companies and agents who can now file their applications without paperwork and keep track of the process and outcome online.

These are only some of the projects in digitalization and automation we have been working on. We are very open and proactive about incorporating digital projects and applications to our services and processes. These kinds of projects contribute greatly to facilitating trade. Our traders save time and money and reach the information they need much more easily. These projects also provide efficiency for our ministry and help us render our services more easily and effectively.

Protectionist policies and unilateral trade measures applied by countries have deteriorated the multilateral trading system, causing a major slowdown in the growth of the global economy and trade. According to IMF data, while average global economic growth has stood at 3.8% since 2010; the growth rate in 2019 is expected to decrease to 3%. Likewise, according to WTO data, while global trade rose by an average of 4.2% since 2010, the figure is estimated to have fallen to only 1.2% in 2019.

The WTO figures revealed that global trade volume subject to import restrictions rose from $79 billion between October 2016 and October 2017 to $747 billion in October 2018 to October 2019, recording an almost tenfold increase.

Turkish exports subject to some form of trade measure or restrictions in 2017 were about $893 million. This figure made a dramatic increase in 2018, reaching $7.2 billion. For 2019, it is estimated to have risen even further and reached $11 billion.

Turkey, like all countries, is negatively affected by the so-called "trade-wars" in the international arena. Despite such a negative environment, realizing a 2% increase in overall exports and becoming one of the best-performing countries in the world in this respect was a real success on Turkey's part. However, we prefer a more liberal and fair trading system without restrictive measures so we can realize our trade potential in a much greater way.

The existing production structures around the world are an integrated system due to the global value chains. In this environment, protectionist tendencies mostly harm countries that apply such policies themselves. In our world, almost 75% of trade is based on the trade of intermediate goods purchased by firms to be used in their production processes. Restrictive trade measures that have spread across the world harm producers and exporters as well as consumers. When we take the context of global value chains into consideration, we need to move together, make the system stronger and make it work better for more people. Our experiences clearly show that free and fair trade is essential for global sustainable growth and development. This surely will be our first message.

As a continuation of this perspective, we believe in the rules-based multilateral trading system where the WTO is at the center. Strong and well-implemented trade rules encourage competition and help convince people that international trade is fairly regulated. With this understanding, Turkey has always been a keen supporter of the rule-based, free and fair multilateral trading system. We consider the discussions related to WTO reform an opportunity that will make the WTO stronger by enabling it to adjust to the requirements of our time.