Identity politics of Brexit: Dialogue of the deaf and obstinant 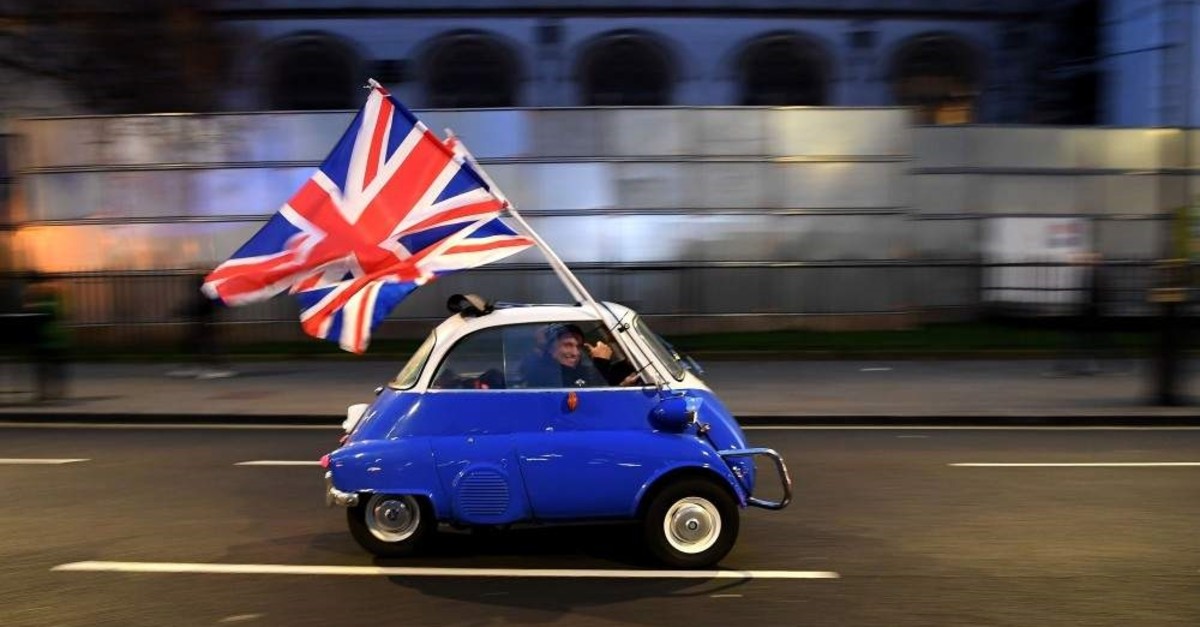 After much wrangling, the House of Parliament's iconic Big Ben did not bong on Brexit Day but Friday still saw the U.K. officially take its first step out of the EU.

In June 2016, when some 17.4 million people or nearly 52% of the voters voted for Brexit, compared to 48% who sought to stay, a divide emerged where British people suddenly defined themselves as either "Leavers" or "Remainers."

Since the beginning of the Brexit negotiations, arguments over what nature the Brexit divorce should take has been characterized by identity politics. Between the EU and the U.K., identity politics has centered on disagreements over national, cultural, religious and ethnic differences. One recalls at this point Charles de Gaulle's rejection of U.K.'s membership to the EEC (predecessor to the EU) in a 1963 speech underlining how "the U.K.'s identity" is different from that of other EU countries.

One of the most prominent writers on identity politics, Amin Maalouf, perfectly explains the meaning of "identity" in his book "In the Name of Identity" as something which "cannot be compartmentalized; it cannot be split into halves or thirds, nor have any clearly defined set of boundaries. I do not have several identities. I only have one, made of all elements that have shaped its unique proportions." Therefore, to understand the main principles of this divorce and why some of Britons think of themselves as far less European, Maalouf's provides some well-written guidance on identity politics in the modern world.

In the age of Brexit, "identity politics" has become a particularly common target. Journalists and politicians describe all manner of Brexit causes and effects as those pertaining to group-based political action. James Blitz of the Financial Times has described the withdrawal not so much the result of economic divisions as those of identity. The Times highlighted this term in an article titled "The rise of identity politics leaves no room for any center ground." Meanwhile, researchers from LSE have discussed at length how the Brexit vote divided the nation. In addition to this, to highlight the nationalism angle of Brexit, "When you strip away the rhetoric," wrote Fintan O'Toole in the Guardian in June 2016, "Brexit is an English nationalist movement."

Underlining what the identity politics votes of Brexit have caused since the Brexit referendum, the single market issue may one of the most effective case studies.

The U.K. will leave its economic partner today evening after 47 years of membership. This has caused a crisis in the U.K.'s political establishment, economic uncertainty and heightened tensions between the U.K. and the EU, its largest single trading partner as a bloc.

At 12 p.m. (Brussels time) on Jan. 31, 2020, the U.K. officially left the EU. Under the terms of the Withdrawal Agreement, the U.K. will then enter an "11-month transitional period" during which time the U.K. will abide by EU rules despite a lack of membership. During the transition period, the U.K. would also remain in the customs union and single market, making it subject to EU regulations.

However, an independent study published by the London mayor last year revealed that leaving the single market and the customs union could lead to a lost decade – or even longer – of significantly lower growth, with the country potentially having 500,000 fewer jobs and nearly £50bn less investment by 2030 than would otherwise have been the case. In London alone, there could be as many as 87,000 fewer jobs and the capital's economic output could be 2 percent lower by 2030 than predicted under the status quo.

In addition to this, the EU has also offered the U.K. a warning regarding the single market after this transition is done: "The more Britain diverges from EU rules and regulations after the 11-month transition period, the less access to the bloc's single market it will have," European Council President Charles Michel said Friday.

On the other hand, highlighting the importance and benefits of membership to a large, single-market system, Irish Prime Minister Leo Varadkar suggested in an interview with the BBC Monday that the EU will be the "stronger team" in post-Brexit trade talks. It seems that, in terms of the single market, both sides want to have the best possible relationship after the transition period, but of course it will never replicate the benefits of full membership.

The ignored area on Brexit

The energy sector will also feel the knock-on effects of Brexit's identity politics. Increasing interconnectivity with continental Europe will necessarily require cooperation with the EU internal energy market in any Brexit scenario, as Britain imports around 5% of its power and 12% of its gas from the EU, according to the industry group Energy U.K.

According to a study published by the Oxford Review of Economic Policy, the U.K. has three major goals in terms of energy: security, low prices, and meeting environmental targets, with the most important being energy security if it is taken into consideration that the EU is one of the U.K.'s biggest energy suppliers. Therefore, the question that must be answered after Brexit is: "How will Brexit affect the cost of achieving energy security goals?"

If Ireland, France, Belgium, and the Netherlands are less willing to operate their electricity and gas interconnectors with the U.K., energy security may be negatively affected, with the U.K. energy market becoming riskier than before. On the other hand, precautions taken to reduce the risk, such as investing in more energy storage or backup capacity, raise the system cost.

Furthermore, around 21% of the U.K.'s energy supply comes from nuclear power and the U.K. has no domestic resources to power nuclear fuel. While nuclear utilities should have enough fuel to cover the near term, the U.K. will need to forge new relationships with other nations to guarantee access to nuclear fuel in the long term. Therefore, the U.K.'s withdrawal from Euratom (the European Atomic Energy Community), an international organization which establishes a single market for the trade of nuclear materials and technology and tackles energy shortages through the peaceful use of nuclear power, could damage the U.K.'s nuclear energy industry as the U.K. will have sole responsibility for ensuring that all source materials and special fissile materials covered by the Euratom, including international treaties and conventions on nuclear safety.

These are the painful outcomes of identity politics – no matter how many preparations are made, Brexit will be chaotic. Yet as the Brexiteers regard Brexit as intrinsically good, it's not so important how painful a process it takes to achieve it. Trade, energy security, productivity and growth are of secondary importance.

The 2016 Brexit referendum was marked as a year in which identity politics reached new levels of significance. What the new form of identity politics brings to Europe is only a dialogue of the deaf and obstinant...