Parliament Square at 10:59 pm on Brexit night: Farewell but not goodbye 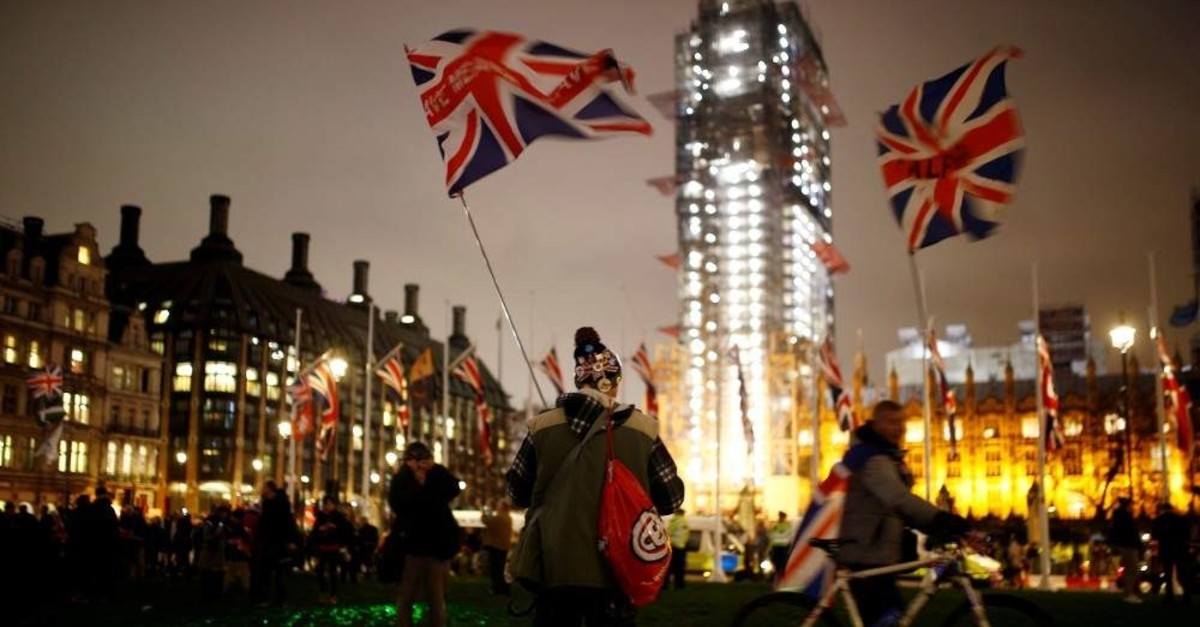 Last Friday night, on Jan. 31, 2020, Londoners experienced a rather chilly evening, cold enough to nip the joy out of an extended evening stroll through the capital. So, those of us who intended to reach Parliament Square – where the Brexit street party was about to kick off – had better pack warm clothing. But anyone who actually ventured there in person was in for a big surprise, asking one simple question: Where is everyone?

London is home to many associations and organizations using the streets as a platform to stage their rallies and manifestations regardless of whether they are striving for peace, promoting worker's rights or voicing concern over the rising student admission fees. It is an essential part of democracy to take to the streets to express one's viewpoints. Therefore, on Brexit day or rather, night, one would have assumed that an even larger event would have taken place. As a matter of fact, many curious citizens would have alighted at underground stops a mile or so away, expecting huge delays at St. James's Park or Westminster stations.

But, as it turned out, there was no need for such logistics to reach the square opposite the British Parliament – coming in from Trafalgar Square and passing 10 Downing Street. There were many people outside but the only real crowd was confined to Parliament Square itself.

Authorities had agreed to allow Nigel Farage and his followers to unite in that famous square but only from 9 p.m. until 11:15 p.m., with no drinks to be sold or fireworks allowed either. This could have been one reason for the low turnout, as it was neither a government-sponsored activity nor a cross-party, cross-interest grouping show of support for leaving the European Union. It was really the only "big" gathering celebrating Brexit in the capital. There were, of course, many among the crowd who voted to leave but ultimately supported the conservatives, so many were not fans of Mr. Farage. However, more than anyone else, he became the personified symbol of all things Brexit, much more so than any other politician. It was not until the snap polls, from which Boris Johnson emerged victorious as the man who gets Brexit done, that Brexit sympathies shifted back to mainstream politics.

Now that Brexit is done – or is it?

The morning after, Parliament Square continued to attract media representatives and of course, the usual streams of tourists heading to Westminster Abbey and looking up at Big Ben, which is still being renovated. But it was eerily quiet, as if the city and country were trying to recover from what had actually happened here only 12 hours earlier.

How will the country's future now evolve? Technically speaking, Britain left the EU. It is true that all new passport applications will soon receive the original blue identity document and no longer the EU version. But legally speaking there is an 11-monthlong transition phase until the end of the year during which little is going to change except for talks beginning in earnest about how to arrange the future U.K.-EU relationship. And there are already rumors floating in and around Downing Street that those 11 months might be too short of a time frame to achieve any tangible results.

The end of the EU as we know it

German Foreign Minister Heiko Maas a few days ago stated his wish that the U.K. and Europe, of course including his own nation, would work together as closely as possible and that Brussels showing London the "cold negotiation shoulder" would be wrong. Yet this is exactly what the EU's negotiating team might have in mind for a very simple reason: If other EU member states realize that Brexit is actually a winning formula, copy cats waiting on the sidelines might jump onto the "we want to leave the EU too" bandwagon. Hence there is the risk that Brussels will seldom accept demands from London during the negotiations and rather dictate its own terms. As it was already said a few days after Jan. 31, Britain would not be able to obtain a free trade agreement without accepting many of the EU's rules and standards in return.

But it is not about trade and figures alone. Over time another thorny issue took center stage – the free movement of people, and not just of goods, capital or services. Granted, the U.K.'s settlement scheme is far from perfect, especially for those with families of a non-U.K. background who have plans to move to the U.K. It is much more about the future and potential new arrivals. Without free movement, how can the U.K., or vice versa, the EU, attract citizens of all walks of life to continue to relocate and settle on either side? If a points-based system is introduced, that very principle would be shelved for good. The EU would surely retaliate.

An easy way out of this could be the U.K. switching to the EU's very own system: free entry and free movement for up to four months, and those who wish to stay longer can register themselves and obtain a residence card or residence papers. What is already obligatory in most EU states for British arrivals could work out well vice-versa. No one could claim that post-Brexit Britain has become racist, and livelihoods and families would not be torn apart.

During trade talks, both Brussels and London will present their hopefully justified demands, but tough talks are inevitably ahead. Yet in the "soft" area of politics called "the freedom of movement," both sides must remember that this is about individual men and women and children, not about fishery quotas or tariffs.

The fact that most people celebrating Brexit in the United Kingdom did so in a rather somber, nevertheless festive mood, underlines that everyone wants to get back to business – back to the business of running a country, back to the business of managing a successful government! For over three years hardly any other issue besides Brexit dominated British politics with dramatic levels of negligence toward any other important matter.

The EU needs to reinvent itself to stop Brexit copycats from emerging. The U.K. must look forward and realize that it will always be part of Europe, despite legally no longer being a member state of the EU. The EU as such is not Europe; it is how today's continental Europe is administered more than anything else. Brexit does not spell the end of today's EU and Brexit does not mean the end of being part of Europe for the U.K. either.

As the Evening Standard wrote on the day, "Farewell but not Goodbye!"