Is Germany ready for potential US sanctions? 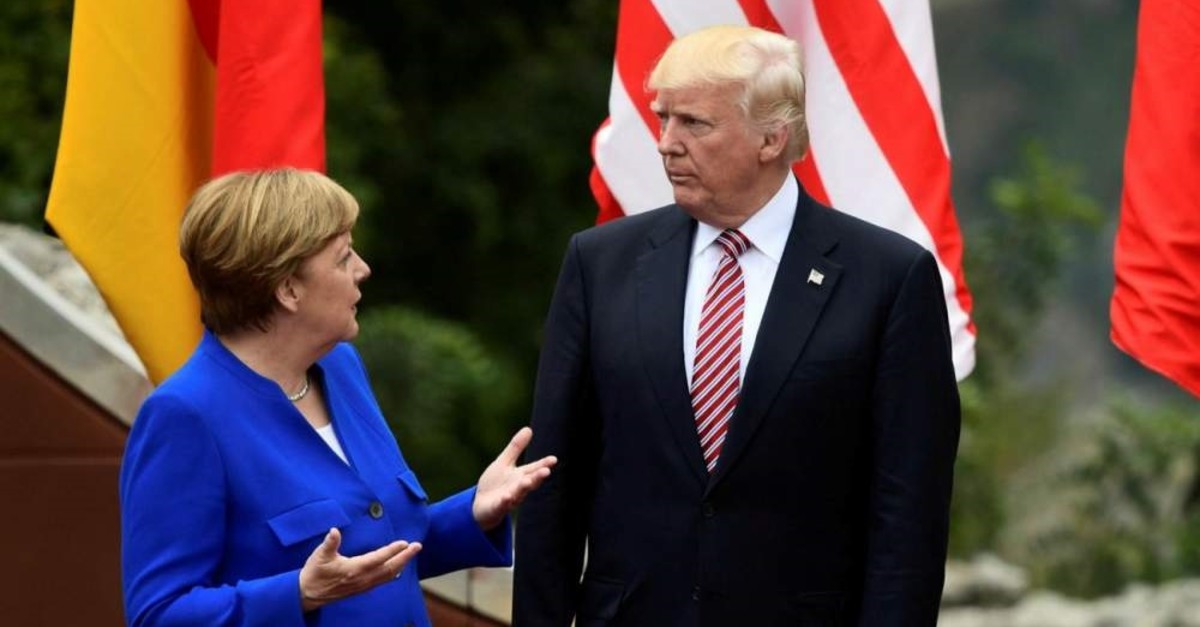 If an article with this title was penned 10 years ago, it would have been quite easy to guess people's reactions. Unfortunately, today there is a real possibility the U.S. might impose sanctions on Germany. Lately, there has been serious tension between the U.S. and Germany over the Nord Stream 2 pipeline, which will allow Russia to transfer gas directly under the Baltic Sea all the way to Germany. Let's have a look at how the situation reached this point and consider the potential German reaction to such a move.

The decision that may have a direct impact on Europe's political future was made back in August 2018. Russia, who wanted to further decrease Ukraine's role in natural gas transmission to Europe following the crisis in Ukraine and the annexation of Crimea, announced the Nord Stream 2 project in 2015. Finland, Sweden and Germany signed the project in 2018. The project aimed to transfer 55 billion cubic meters of Russian gas to Europe in two years through the Baltic Sea pipeline, excluding Ukraine and Poland. Although the 1,230-square-kilometer project was initially expected to cost 10 billion euros ($10.95 billion), it is important to note that there has been a slight cost overrun.

The U.S. administration, which realized the gravity of the situation before the deal was signed, made a scandalous decision that slowed down the process and even made Germany leave the negotiating table. As you can recall, German automobile giant Volkswagen was fined $15 billion for violating the emissions limit in the U.S. Though the case was seemingly launched due to environmentalist concerns, as time went on, it evolved into a stern warning that adversely affected the German economy and its foreign policy. In return, Germany, using its clout in the EU, headed the push for a record 4.3 billion-euro fine on Google for breaking antitrust laws through its Android operating system. This was followed by another record 2.4 billion-euro fine for violating antitrust rules for favoring its online shopping services through its search engine. On a roll, Europe then targeted Apple, Microsoft and Amazon, all U.S. flagships. While the 13 billion-euro fine against Apple was seen as a response to the Dieselgate scandal, the 1.68 billion-euro fine for Microsoft, the 110 million-euro fine for WhatsApp and the 250 million-euro fine for Amazon all upset the U.S., which in turn handed Germany's Deutsche Bank a historic $14-billion penalty for violating U.S. corruption laws through manipulation.

U.S. President Donald Trump's "America First" doctrines emerged in a period when the "arm wrestling" took a harsh turn, and the U.S. spoiled its relations with China in the Pacific and lost its advances in the field in Syria to Russia. Media outlets, which played up the president's unpredictability and even claimed he was mentally disturbed for posting controversial tweets, were trying to overlook the fact that Trump was acting completely in line with statist and protectionist U.S. doctrines. Going so far as to threaten Apple to impose heavy tariffs on imports from China, Trump has propelled the U.S. to its lowest unemployment rate in history and the highest industrial confidence index in the past six years.

Economists, who know that the alleged shadow trade wars between the U.S. and China are actually about power, are quite sure that the two countries will reach an agreement shortly and will even make concessions to help the world economy grow. We need to keep in mind that the U.S., which somehow guaranteed its future with the Near East, will shift its focus to the Eastern Mediterranean through Russia, Turkey and Germany in 2020 and 2021.

Contrary to German Chancellor Angela Merkel, who refuses to raise her voice to free the country from the chains of World War II compensation, slowly uniting fascist German parties have become a nightmare for the U.S. News about rising fascism in Europe and the rise of pro-Nazi officers in the German army are quite remarkable. I believe the Pentagon takes into consideration what these kinds of sanction steps would lead to in a period when the German people can be completely consolidated and the presence of 36 U.S. bases in the country, including Ramstein Air Base, can be questioned. Taking such radical action for Germany transferring Russian gas would be a near-suicidal step for the U.S. as Germany is the center of the country's air transfer power in Europe and the logistics center of NATO.

Another worrying situation for the U.S. is that Germany, the leader of the world's heavy industries, is seeing its strongest economic period since 1990 when the East and West united. In 2019, the German government surprisingly recorded revenue of 357,100 billion euros and 343,600 million euros in spending, with 13.5 billion euros in surplus. Going through such a strong financial period, Germany was surprised by Nicole Gibson's, the deputy director of European Energy Diplomacy at the U.S. Department of State, speech at an energy conference in the Belgian capital, warning European firms that they would face serious consequences if they continue to build the Nord Stream 2 pipeline. The fact this threat did not resonate among German politicians or get mentioned on economic news is proof of the change. Merkel's statement – with pressure from the German business world – that the Nord Stream 2 pipeline would reduce energy costs is a concrete indicator that they will not take a step back.

Considering the ironic equation between the U.S., Russia and Germany, a remarkable quote by Margaret Thatcher comes to mind: "Power is like being a lady... if you have to tell people you are, you aren't." And William Randolph Hearst adds to this as if he had predicted what is happening today: "A politician will do anything to keep his job, even become a patriot."