As EU-UK dig in their heels on trade deal, real work on Brexit has just begun 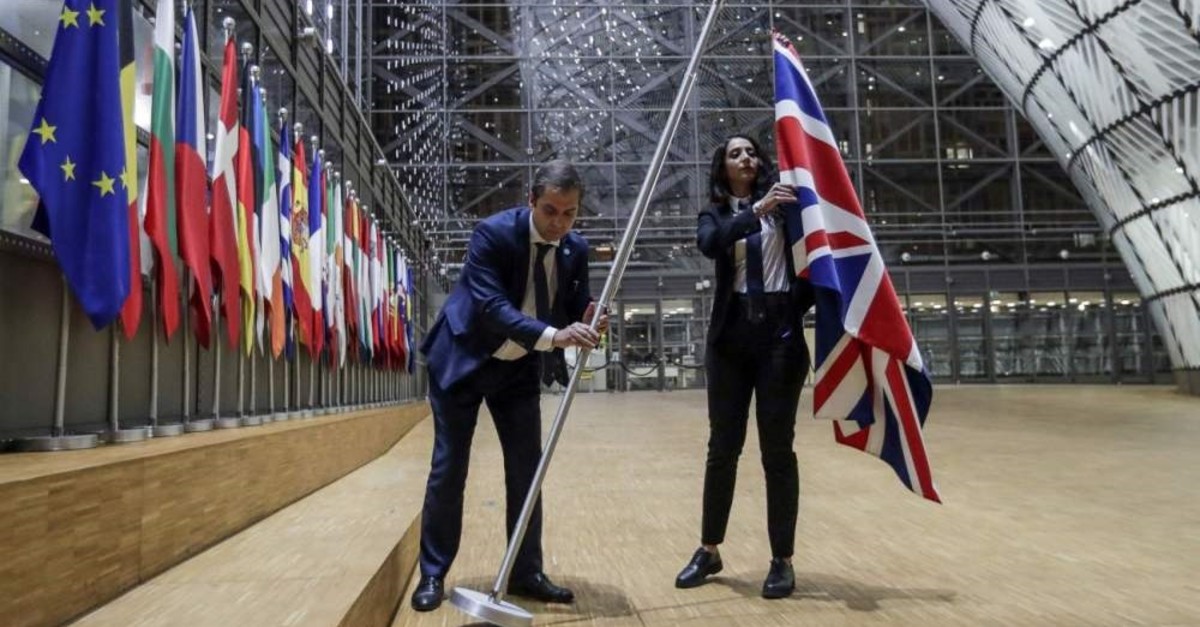 After a number of tumultuous years dominated by the Brexit crisis, the long sighs of relief from the Conservative electoral triumph, and subsequently the formal U.K. exit from the European Union on Jan. 31, are likely to prove short-lived.

The long-anticipated U.K. withdrawal from the EU is certainly a historical milestone and ends at least one passage of uncertainty and national division that threatened to thwart Brexit altogether. However, in many ways, the real hard work lies ahead with the clock ticking fast to December 2020 when the transitional phase comes to an end.

The tight timelines to negotiate such a sensitive and vital trade agreement cannot be overestimated. More importantly, it brings the dreaded "no-deal" Brexit back on the agenda once more.

As both sides gear up for what will be tough negotiations and difficult compromises, uncertainty reigns once more on the U.K. economy and business sentiment.

Even before the talks have formally commenced, the rhetoric from both camps has already taken a more aggressive tone.

The U.K. remains adamant that a deal can be achieved by the end of the year and has refused to entertain any extension to the transitional period. U.K. Prime Minister Boris Johnson envisages an ambitious "Canada-style" free trade agreement that encompasses both goods and services.

But the first major hurdle between both sides is the extent that EU rule books will be applied to. The U.K. does not want to be constrained in this quest to strike potentially lucrative trade deals by being forced to align with EU rules.

On the other hand, the EU insists that there will be no trade deal without the U.K. committing to a "level playing field."

A race to the bottom can easily trigger if both sides are in direct competition to attract corporations and investment by dangling the carrot of low tax rates.

Aside from the tense and protracted negotiations on any trade agreement, there are logistical challenges of trade between both blocs.

Prominent Conservative MP Michael Gove admitted that next year there would be "inevitable" border checks for "almost everybody" who imports from the EU.

This already erodes the promise of frictionless trade with a more realistic target date of 2025 being touted.

Of course, the need for custom and regulatory checks at the border could be averted by the U.K. sticking to EU law, which for the Conservatives would go against their electoral mandate and threaten to derail public support.

As each side tries to set the tone for the negotiations by imposing their red lines and viewpoints, accusations are already gathering pace.

EU's chief negotiator, Michael Barnier, accused the U.K. prime minister of taking "two or three steps backward" with his attempts to break from the EU laws after Brexit.

"We must be clear: the Political Declaration, which was agreed word-for-word, line-for-line, with Boris Johnson last October, remains and will remain the foundation of all negotiations," Barnier insisted.

Barnier also scorned former U.K. Chancellor of the Exchequer Sajid Javid, insisting that the U.K. should not "kid themselves" with the idea that the EU would grant a special deal to the City of London with a "permanent equivalence" regime for financial services that would last for "decades to come."

The European Parliament has endorsed a tough stance in negotiations by insisting on tough demands. MEPs backed motions that stress that the U.K. has to follow EU policies in several areas if it's to secure any free trade agreement.

With tensions already on the rise and both sides becoming entrenched in their negotiating positions, this makes an all-encompassing deal by the end of the year extremely difficult.

This means that either Johnson risks a political backlash and requests an extension to the transition period, or realistically, both sides focus on a phased approach to any deal, with a first wave covering goods and agriculture by December.

Failing that, the only real option is a no-deal Brexit.

The EU's trade deal with Canada took over five years and that was without the tense backdrop and mistrust that has come to sum up U.K.-EU ties in recent years.

For the U.K., striking an elusive deal with the EU is only half the battle. It is also in a race against time to complete global trade deals as it embarks on a new journey of great opportunity but also a high level of uncertainty.