Turkey waivers visas for 6 more European countries: Will the EU finally do same? 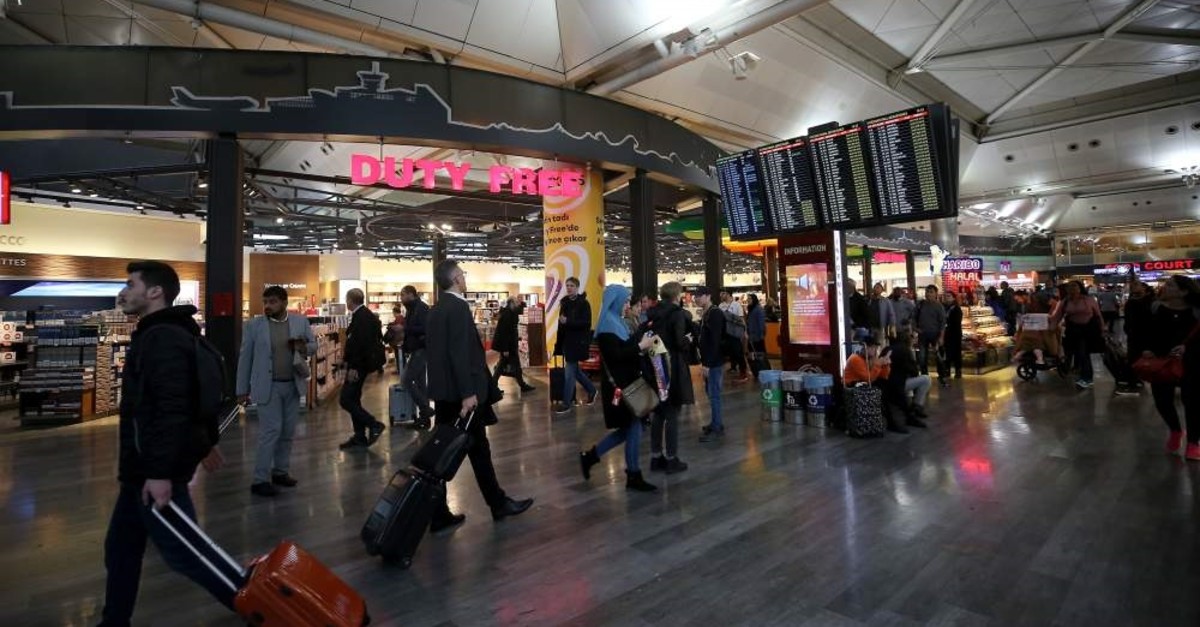 Austria, Belgium, the Netherlands, Spain, Poland and the United Kingdom – these are the six European countries that shall soon benefit from visa-free travels to the Republic of Turkey. We will approach the technical dimension of this in a minute, but let us first analyze the political imperatives: the why and the why now?

To answer, let us begin with just that little bit of number crunching. For instance, in terms of tourists arriving in Turkey the year before last, those from Russia took pole position, followed by guests from Germany, then Bulgaria and in forth place, the United Kingdom. In 2018, these four tourists from these countries formed a combined 15 million people, accounting for over a third of all international holidaymakers. Then in 2019, a record number of just over 43 million foreign tourists in total arrived on these shores. This firmly puts Turkey onto the list of top 10 global tourist destinations in the world, proudly sharing sixth place, with France staying put at No. 1. Last but not least, it was confirmed that on average these very welcome guests spent around $623 each over the course of their vacation (data compiled courtesy Anadolu Agency and Investment Migration Insider).

But as it seems, there is still room to improve on these already stunning figures, and it is thus little wonder that Turkey's President Recep Tayyip Erdoğan has already announced that he would like to see his nation welcoming 75 million international visitors in time for the country's centennial celebrations in 2023.

Despite Turkey's enormous potential, which is far from being completely tapped into, analysts might wonder whether such an ambitious goal makes environmental sense. And here is the good news: Over the past four decades (mass tourism to Turkey began not until the early 1980s when for the first time in the country's history the magical number of 1 million foreigners were registered to have arrived). Turkey manages to steadily increase those numbers but without the problems associated with mass tourism as found in other destinations. Granted, in some locations far too many high rises were constructed to accommodate the ever-rising tide of happy guests, but in general, the manner and the architectural style in which Turkish holiday resorts have been designed have resembled a more perfect blend in newly built resorts and hotel complexes with their surrounding natural environments. Over time, tourism in Turkey has become synonymous with high-quality tourism. Of course, prices have had to be adjusted in line with the economic reality of the country, as elsewhere, but it is only fair to say that with regard to price-quality ratio, Turkey should actually be regarded as a global role model.

Thus, in writing it seems possible for the country to welcome 75 million visitors four years from now, and if the way new establishments are currently being constructed continues in the way described above we can still speak about "sustainable mass tourism." Besides, it is expected that many of those additional foreign arrivals will want to visit all four corners of this fascinating country; hence, the risk of overcrowding in some of the many fine seaside hotspots might be less of a risk than elsewhere in Europe or the wider world.

Furthermore, tourism stimulates the economy and creates employment in a long-term perspective; the latter two impacts are not to be underestimated when talking about what constitutes sustainable tourism and what would pose a threat to the environment or traditional way of life of a particular neighborhood.

Is it a one-way street?

There are three issues linked to last week's announcement of granting visa-free tourist travel to Turkey for those six European nations that one has to take a closer look at. First, why offer just a gesture, and why now? Second, what are the expected benefits both ways? And third, should the European Union or at least a number of individual member states, plus the United Kingdom, now respond by doing the same?

On the first subject, it is a new year and regardless of whether we talk about 50 million arrivals this year or 75 million four years later, a new tourist season is upon us which needs meticulous planning and foresight analysis. In order to diversify the mix of international guests allowing tourists to enter Turkey a) for free and b) without the need for an e-visa makes perfect commercial and economic sense.

Second, it is thus expected that more guests from those six countries will pack their bags and decide to go on holiday in Turkey. There is an economic stimulus on the one hand, yet on the other, all this is paired with many more foreign guests having the opportunity to witness Turkey's modern way of life and ever-improving hospitality sector on location. A classic win-win situation, one feels tempted to write.

Yet third, there is a controversial point attached to the otherwise perfectly encouraging news:

At stake, however, is that while Turkey is leading the way in opening its doors ever wider, one cannot but wonder when her European partners and allies will finally reciprocate in a positive sense. In a nutshell, which European country (we must say "European" and no longer simply "EU" since the United Kingdom albeit having departed the EU is nevertheless, of course, a European country) will be the first to announce a similar scheme for Turkish nationals intent on entering their territory?

There are two possible scenarios: On the one hand, bi-lateral talks can be concluded with one or more individual governments so that Turkish citizens can benefit from a similar arrangement. To be clear, this always involves nothing but a maximum of 90 days in any 180-day period and should not be confused with being able to settle automatically; this required completely different legal and logistical measures from the side of the individual. We talk about bona fide tourists without the right to employment or automatic settlement as a tourist is expected to visit frequently but at the end of the day, that is at the end of each season or holiday, returns home to where he or she originally hails from.

This author would hope that both Germany and the United Kingdom will set standards in this regard and offer a similar arrangement hopefully, still this year, 2020.

But on the other hand, there is an even wider picture we must take into account regarding the visa waiver issue: Why are Brussels and the EU administration still so lukewarm vis-à-vis granting Turkish nationals the same 90/180 days visa waiver rights, and why are we not talking about all remaining 27 EU member states rather than just a handful? It is time, seriously.

Turkish nationals must be encouraged to travel to the EU, and EU nationals must be able to do the same and all without the need for a visa which is often a lengthy and costly process, most definitely if seen from a Turkish applicant's perspective. In order for Turkey and the EU (and most naturally the U.K.) to truly act and live as allies and friends, the need to obtain a visa is something from another century, clearly.

Turkey is once again leading the way. Which European nation has the courage to follow suit today and not once again 50 years later?