PM Erdoğan and AK Party: the usual objects of racism 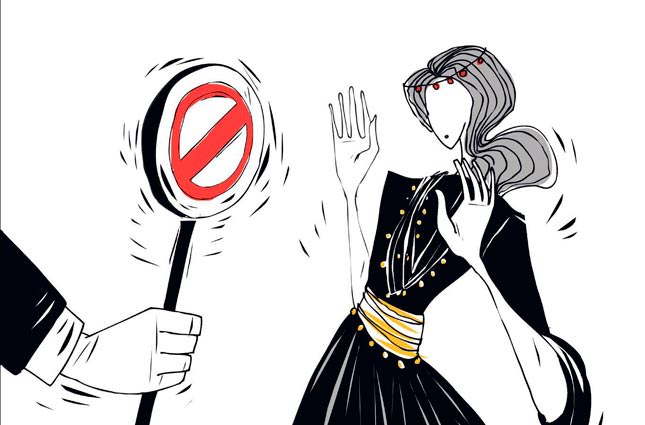 The "indigenous" secularists often inform and complain to their colonial big brothers about the Islamic, and hence necessarily "totalitarian", identity of Erdogan and AK Party

Those who sympathize with Kemalists only because they are secular should remember that Nazis were secular as well. Secularism does not always mean a deconstructive ethical stance dedicated to radicalize every present form of democracy, defended by the subjects who attempt to be infinitely "open" and unconditionally "hospitable" to the other. On the contrary, it may unfold itself as a certain political theology -for instance, Nazism- in which the chosen "believer" and his or her community of the holy ideological spirit are sanctified and the subjects -for instance, Jews, Gyspsies, et cetera- compulsorily staying out of this holy community are debased. If every form of secularism is accepted as the particular instantiation of a sublime politics and ethics superior to every sorts of religious politics, then every -external- "other" of this ideology is unavoidably affirmed as the abject enemy who can be overlooked even though he or she is the victim of an oppressive "secular" policy. Those who hate Erdogan just because he is not secular, and close their eyes to every -radical- democratic policy being implemented in Turkey of which he is the subject and every anti-democratic policy including the attempts of coup d'état to which he is subjected, should notice that they are very far from being -radical, cosmopolitedemocrats and very close to being racist.

Unfortunately, not only the European and American secularists but also the Turkish ones ranging from Kemalists to the so-called "religious" community of Fethullah Gülen are stuck in a racist political theology that excludes Erdogan and his ruling AK Party from the domain of ethical law and includes them in the domain of political exception as usual objects of "enlightened" coup d'états. "Western" intellectuals and politicians do not need to doubt about their ignorance and unethical stance against these "Islamist" subjects, who legitimize every unlawful intervention done in the name of secularism.

This negativity tempts us to prove the fact that the prevailing secularist view on Erdogan and AK Party is really a racist one, by illustrating an imaginary racism in which the Muslim identity is replaced with a "neutral" Gyspy identity.

Imagine a country whose prime minister is a Gypsy. And imagine that the vast majority of the opponents of this prime minister are non-Gypsies. And imagine that this country was founded by the hegemonic non-Gypsy (elite/white) people who hate Gypsies and utter racist anti-Gypsy discourses ("Gypsies are filthy," "If one day Gypsies rule this country, they will kill us or at least steal our enjoyment, destroy our way of life," "Gypsies are uncivilized," "Gypsies are sneaky," "Gypsies are idiots," "Gypsies are shady" and so forth) in the so-called certain "ideological stateapparatuses" (such as media, school/university, family, football, et cetera) and also in the "repressive stateapparatuses" (military, police, judiciary), both of which do not let the Gypsies live their cultures by prohibiting the sacred Gypsy-style attire, for instance, in public institutions. And imagine that even the people who are both non-Gypsy and anti-racist/nationalist, in other words, open to the "other" - especially the Gypsies - as far as possible, grew up with the fear of Gypsies in isolated non-Gypsy districts and schools. And lastly, imagine that this Gypsy PM who declares that "nationalism and racism have been overridden" is about to resolve the Kurdish issue of his country -leading to 40,000 deaths in the last 30 years- and endeavors to give identity rights and freedoms to the repressed and oppressed Kurdish people who have already been hated by the non-Gypsy opponents of the Gypsy PM as much as the Gypsy people, is returning the Armenian foundations and churches to the Armenian minority, and is applauding the non-Gypsy "Gladio" and the non-Gypsy leaders of ex-military coups into jail.

Now, we have a picture: you may easily notice in this picture that the non-Gypsy (white) people are on the verge of exploding because of their hate and fury at the collapse of their longstanding hegemony. If this Gypsy PM implements some wrong and unethical policies (such as cutting trees in the central park of the capital city in order to build a mall and using gas bombs against the peaceful leftist protesters) resulting in the mass protests of the dominant non-Gypsy racist people in particular, who are waving national flags on streets and shouting that they are the soldiers of the founder of the non-Gypsy hegemony (let's say his name is Mustafa Kemal Atatürk) and hate Gypsies, can we still say that the hate and fury against the Gypsy PM, which terrorizes all Gypsy people -especially women wearing the traditional Gypsy attire symbolizing and exposing their identity- in the country, has no relation or connection with the dominant ideology -the Gypsy racism? Can we still say that since the protests at the central park were initiated by mostly cosmopolite, environmentalist (non-Gypsy) leftists, the racist demonstrations of the non-Gypsy (white/elite) people, also including acts of vandalism, taking place across the country does not overshadow the "spirit," the anti-racism of the leftist protesters in the central park, the very beginning point and symbol of the protests? Can we still look at the protests taking place in the whole country through a "logic of exception" ("state of emergency") suspending fundamental laws of ethics, by generalizing the protests at the central park which have become the very exception?

The protests that commenced at Gezi Park, that served to introduce Erdogan to Western intellectuals as an "Islamist despot" who does not tolerate any opposition, any democratic protest, was painted by the colors of the left. What I mean by "left" here is some sort of Zizekian left, in other words, not the "left" enunciated to express their political identity in Turkey by the subjects who are still not ashamed of saying that they are nationalists and/or Kemalists. The vast majority of the so-called "left" in Turkey are positivist Kemalists deprived of Adornian "substantial" or ethical reason: defending the oppressive policies of Atatürk and his People's Party (CHP) [now known as the Republican People's Party], such as the Dersim genocide (30,000 Kurdish-Alevi people died), the slaughters of the Independence Courts, the concentration camps for the Jews and Armenians who could not pay the heavy taxes, Kurdish massacres, the prohibition of Kurdish language, names and identity, the banning of headscarf, the shut-down of churches and mosques et cetera. Contrary to the leftist protests at Gezi Park, other protests throughout Turkey have been unfortunately painted in racist Kemalist colors.

Prime Minister Erdogan, like all other Muslims, aware of the fact that "Muslim" is a performative identity and hence tries to perform at least the fundamental norms of Islam in order to be a Muslim, is the Gypsy of Turkey. The real struggle in Turkey is between the Muslims ("Gypsies: Orientalist scholars call them "Islamists" even though they identify and recognize themselves as "Muslim") and the anti-Muslim-Kurdish-Armenian Kemalists! Prominent leftist intellectuals such as Slavoj Zizek, Noam Chomsky and David Harvey who have declared their support to the protesters of Erdogan should seriously take this fact into consideration when they look at Turkey.

In the beginning, "Gezi Park" became the master signifier in the signifying chain of "freedom," "anti-capitalism," "environmentalism," stopping the free floating of these signifiers by suturing them into itself as a point de capiton. However, after the participation and domination of Kemalists in the protests, the signifier "Atatürk" has intervened into this chain, thereby causing a serious short circuit. In fact, we already know that Kemalists have been suffering from a certain type of "aphasia" which prevents them from imagining the ontic-given, that is, the compromised, average, everyday meanings of empty signifiers such as "democracy" and "militarism," causing them to make oxymoronic phrases like "militarist democracy" to designate their own unique ideology favoring military coups. Nevertheless, we could not understand why the leftist protesters at Gezi Park and their leftist supporters in academia have been virtually silent about this short-circuits.

We, the "Gypsies" are aware that "Western" intellectuals look at Turkey the way a bull looks at a red cloth. Such perspective is but determined by the visible and appealing aspect of the object. If these intellectuals look "awry" at the misinterpreted "totalitarian Islamist" picture of Turkey (Erdogan), they can easily notice that there are certain Kemalists stains hiding themselves from the "bull look" of Eurocentrism or colonialism, that looses the unity and consistency of this picture. I know that such a perspective disturbs the -Eurocentric secular- subject, but it is necessary to see the Real of the picture and the ethical stance that this Real compels to take.