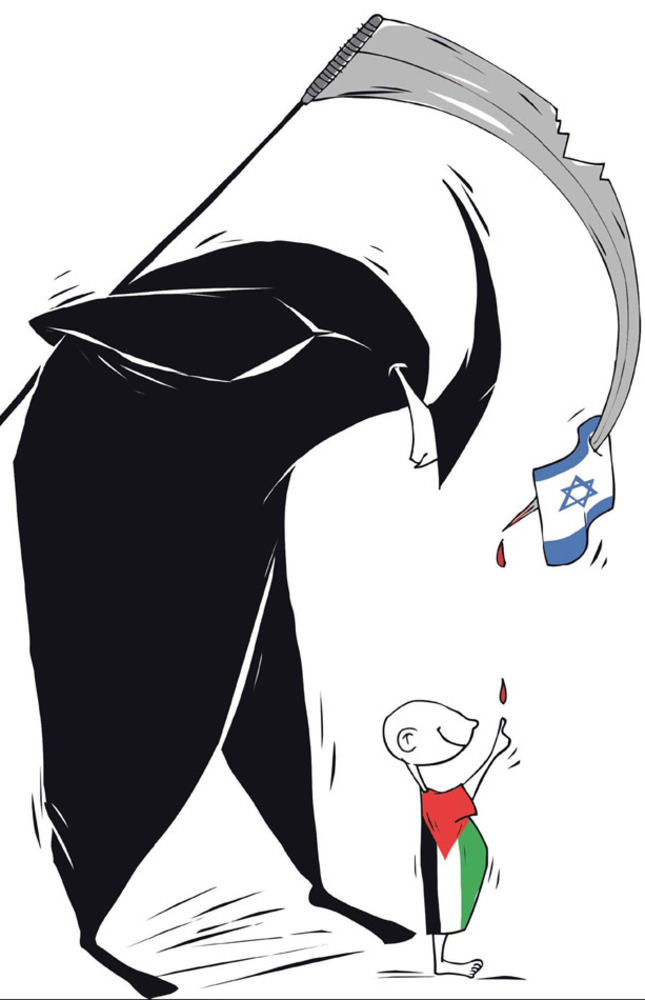 The Palestinian cause has always been somewhat internationalized, however, frequently this support fails to spur action and holds actors involved in sustaining Israeli apartheid

Israeli Apartheid Week (IAW), an international series of events aimed at raising awareness about Israel's apartheid policies toward the Palestinians, is celebrating its 10th anniversary this month. The annual event has spread to over 87 cities worldwide including Johannesburg, London, Montreal, New York City and Ramallah.

Various IAW activities will take place on university campuses, including Oxford University, the University of Toronto and Columbia University.

The first IAW took place in Toronto in 2005 and at the time was met with skepticism by many who regarded it as a radical leftist movement appropriating a term or a premature failure. Today, the IAW has received praise and support from influential individuals such as Naomi Klein, Noam Chomsky, and Desmond Tutu.

Both the consistency in content and the diversity in participation allowed IAW organizers, mostly full-time students volunteering their time and energy, to win the attention and support of their communities both inside and outside their campuses. Mirroring the broader reality of the solidarity with the Palestinian cause, IAW organizers, attendees and speakers are people who share different political leanings, religious or non-religious inclinations, nationalities and professions, but have been able to find a strong common ground in wanting to both highlight and understand the gruesome occupation, militarization and apartheid of Israel. By providing a space to demonstrate how accessible a conflict that is often characterized as "too complicated,"

IAW also challenged public opinion around the Israeli-Palestinian conflict both normatively and empirically. Both initiatives not only highlight the bitter facts on the ground but also provide an alternative perspective to demonstrate the asymmetrical power dynamics of the conflict that are rarely discussed in the mainstream narrative of the conflict.

The peace talks between a bankrupt Palestinian Authority and an occupying Israel being a great example of this misrepresentation. IAW brings together panels of speakers from various countries, disciplines and fields to share their beliefs about the reality of injustice caused by the apartheid system of Israel inflicted on Palestinians in the diaspora, Palestinians in Gaza, those in the West Bank, and those in Israel proper. With names such as Judith Butler, Ali Abunimah and Avi Shlaim, IAW also invites activists who have been at the forefront of the fight against Israeli oppression, both inside Palestine and around the world, to share their testimonies about the impact of an oppressive regime.

What is perhaps most appealing about IAW and attracts more and more people is that the initiative does not only analyze current events but also provides serious and realistic plans of action regardless of where one is in the world and one's profession, whether student, academic, artists, or laborer.

Indeed, IAW operates with the Boycott, Divestment, and Sanctions Movement (BDS), launched in 2005 by Palestinian civil society and groundedin upholding Palestinian rights in accordance with international law. Inspired by the South African struggle to end apartheid, BDS to the dismay of the Israeli government built a track record of success by effectively internationalizing the Palestinian cause.

In fact, in 2011 the Israeli Knesset passed a law making it a civil offense to publicly call for a boycott against the State of Israel, defined as "deliberately avoiding economic, cultural or academic ties with another person or another factor only because of his ties with the State of Israel, one of its institutions or an area under its control, in such a way that may cause economic, cultural or academic damage." The law demonstrated that BDS supporters are doing something right and that the internationalization of the Palestinian struggle is finally hitting a nerve with the Israeli administration.

Perhaps it can be argued that the Palestinian cause has always been somewhat internationalized. People felt sympathy toward the resistance movement while the international community spoke about Palestine in a symbolic way, often romanticizing the struggle with references to speeches by the late Yasser Arafat or drawing the face of Leila Khaled on graffiti walls. Before these recent initiatives, however, there was a failure to turn this support into action that would bring about a framework for accountability of individuals, states and private sector actors involved in sustaining Israeli apartheid of the Palestinian people.

BDS did just that by calling on people of consciousness around the world to understand their role not only in their own societies, but that in wider conflicts.

For example, if one is a student, it may be important to see if one's university is investing in companies operating in Occupied Palestinian Territories or participating in exchanges with universities that help the apartheid apparatus, for example. If one is a professor, one may check to see if one's pension plan is part of an investment that enables the construction of illegal settlements. If one is an artist, one may check before accepting to sing, dance or recite poetry on stolen land.

As Omar Barghouti, one of the founding members of BDS said, "A boycott of Israel today is a moral duty for all those who care about the rule of law and universal rights for all humans, equally."

Since 2005, the victories in academic, cultural and consumer boycott are numerous. These include the refusal of artists to perform in Israel or cancelled scheduled performances, such as Bono, Snoop Dogg, Jean Luc Godard, Elvis Costello, Gil Scott Heron, Carlos Santana, Devendra Banhart, Faithless, the Pixies, Cassandra Wilson, Cat Powe and Zakir Hussain. Additionally, on Nov. 21 to Nov. 24, 2013, in a historical move the American Studies Association (ASA) unanimously voted to join the academic boycott of Israel. Another strong example is Agrexco, Israel's former largest exporter of agricultural produce, which went bankrupt in 2011 following a campaign of blockades, demonstrations, lobbying of supermarkets and governments, popular boycotts and legal action in more than 13 countries across Europe.

BDS forced people to realize that the decision of being involved in Israeli apartheid is, in most cases, prematurely made for them by the institutions with which they are affiliated, the food they eat or the brands they choose to wear.

It demanded of people to attempt the reflective exercise of asking themselves if they are okay with the reality on the ground. If an individual does not mind a direct or indirect implication in apartheid, that individual needs understand their role in human rights violations and oppression of a people. If an individual is not okay with the oppression, BDS pushes individuals to join the struggle in an effective and respectful manner by presenting a series of action that can be taking to counter this reality in compliance with international law. BDS forces people to acknowledge their role in the power dynamics of the conflict, and in the 65-plus years of the Israeli occupation of the Palestinian people, this is a paradigm shift.

Due to effective paradigm shift that IAW helped initiate, it should be recognized as more than just a week where students come together to remind themselves of the apartheid. One cannot underestimate the central role the two initiatives played in pushing those who care and those who do not care about justice in Palestine to pay attention and reconsider the false narrative embedded in mainstream understandings of the Israeli-Palestinian conflict. The situation in the Occupied Palestinian Territories may not be completely better since the inception of these two initiatives.

The construction of illegal settlements increased, the Israeli military brutality more ferocious, and the discourse by Israeli officials more concerning. But the international audience is more attuned to these realities and is willing to do something about it. What is left now to ensure the longevity of these efforts is a translation of such actions into the governmental sphere of states, most importantly the United States.

In the meantime, giving the level of success, perhaps next year Turkish campuses will follow suit on the IAW tradition. As the last decade suggest, both IAW and BDS are on a roll.