Voter behavior in Turkey and the local elections on March 30 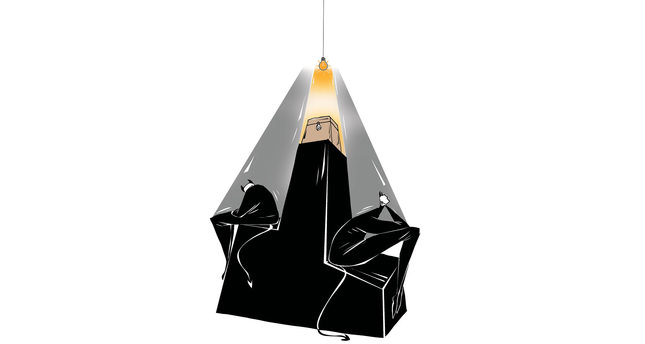 by Nebi Miş Mar 18, 2014 12:00 am
Analysts who focus on the history of local elections tend to observe that local elections take place within a national election atmosphere. Along these lines, political actors usually make a similar remark about both local and national elections while noting the importance of these elections as a historic turning point. In the democratization process Turkey is undoubtedly moving toward progress. The change that is to come with elections is not only an important mark of success but also a pivotal point toward rooted democracy.

Aside from the changes that will occur in political parties and their members in the next local elections, we will see those in the political arena renewed as a result of a changing political structure.

In retrospect, previous elections all have one factor in common: the representation of the majority's voice against military domination over politics. The election years of 1950, 1973, 1983, 1995 and 2002 showed a collective memory that places these years in a special category.

The 1950 elections represented a shift from an authoritarian one-party rule to a multi-party democratic system.

The years 1973 and 1983 showcased an election in which the people rose against authoritative actors. These elections were largely representative of people's desire to initiate a democratic system. As a result of these elections, we have witnessed some political parties being marginalized and pushed to the sidelines as a punishment for their acceptance of military rule. On the other hand, the elections of 1995 prove that the Welfare Party's (RP) victory was a result of the reaction of voters against an authoritarian military.

The 2002 elections, on the other hand, are important because they harbored values found in all the other previous elections. This election was especially symbolic because people chose to be governed by the AK Party with the popular demand of refusing to be ruled by the militaristic status quo. Alongside these elections, an important point was the new formation of a new center that replaced the old center of the 1950s. The elections that occurred post-2002 were simply based on people's demand for stability and a new restructuring of the political system.

Undoubtedly, all elections are shaped around projects and political jargon that frame party politics. Aside from projects, the March 30 local elections hold importance because of several issues. One of these issues is the Dec. 17 operation and the parallel state discussions.

Another issue is the fight against terror and the ensuing peace process with the Kurds. Finally, the Taksim/Gezi protests are also an issue, which has come to signify a new political approach in the various party platforms.

Looking ahead to the March 30 elections, the race is going to be one of the toughest Turkey has ever seen. In tandem with the projects and various discussions across the political spectrum, the atmosphere seems to be one of referendum.

This is mainly because the parties' political strategy is geared toward the general elections.

One of the reasons why political jargon is framed as if it were a general election is because of the Dec. 17 operation that caused local elections to be pushed out of its normal process. The interference attempt resurfaced organized network plotters that aimed to bring down the government in ways similar to previous military overthrows. This structured network empowers itself in the face of the leading political party by constantly marring the image of various political figures. In an attempt to delegitimize the government publicly, this network aimed to create conflict based on different identity groups. The aim of all this is to make the AK Party government, in power for the last 12 years, lose in the coming elections.

This network, which came to be known as a parallel state, is implementing a strategy of supporting the largest opposition of AK Party and leading a campaign that is against the government. The Republican People's Party (CHP) is being supported by the parallel state particularly in the western region of Turkey.

This led to polar ization which consequent ly created a referendum- like atmosphere leading up to the local elections. Despite the polarization, the AK Party is still in the lead because of its successful 12 years in government. On the other hand, opposition parties like the CHP are focused too much on political criticism without offering possible projects to better improve cities.

Another issue that opposition parties are now facing is their anti-Prime Minister Recep Tayyip Erdoğan identity, which sadly pushes their own party identity to the backburner. On the other hand, the majority of the public continues to focus on economic reform and the improved infrastructure Erdoğan's party created in the past 12 years. In addition, Erdoğan's party rhetoric, which reaches out to center right and the Kurdish population, will unquestionably garner the votes for the AK Party once again. This will result in failure of many opposition parties who feel like they are in a referendum atmosphere.

Regarding the result of local elections, we must watch for the democratic process and possibly unexpected developments in the political scene. The Dec. 17 coup attempt not only targeted the government but it was also a large hit to the Kurdish peace process and the democratic opening that flourished.

The media which chose to side with the parallel state in the Dec. 17 plot against the government can easily be identified.

Additionally, the autonomous network formed within the judicial system that attempted to take on the head of the National Intelligence Organization (MİT) Hakan Fidan on Feb. 7, 2012, was another huge blow to the political power of the AK Party government.

In the long term, it seems that since the AK Party government will not retract from either the Kurdish peace process or the democratic opening process, local elections are the only alternative to determine the fate of political process in Turkey.

Erdoğan's tough response to and his strategy to point out the Dec. 17 plot against his government was aimed to halt the Kurdish peace process did not take long to shape the public perception. In the big picture, the Peace and Democracy Party (BDP) and Abdullah Öcalan's support for the peace process prevented other possible conflicts and arguments from arising. In this sense, when we look at the possible result of local elections in the coming weeks, the BDP and AK Party are the two leading parties likely to garner majority votes.

Another issue we must look out for in the March 30 local elections is the Gezi Park protests that will also play a role in voter turnout. The Dec. 17 coup plot interference in the political process was also followed by an event that occurred in the Gezi protests. A woman wearing the headscarf who was publicly attacked reappeared in the public discourse and became a popular topic of discussion across various news outlets. Although this incident had long-passed, certain media outlets in favor of the Dec. 17 coup attempt made it appear as though the public attack on this woman never took place. The objective behind this attempt was to gain as much support the network could from the opposition parties and weaken the AK Party against a strong opposition followed by a negative campaign that would make the government lose votes in the coming elections.

Undoubtedly, the Gezi protests will have an effect on the local elections but there is one thing that we should not lose sight of in regard to the Gezi uprisings.

In this case, we can point out that an assertive political identity formation took place. However, in the long run, political mobilization against the AK Party is not going to have a powerful impact. The reason is the majority of the protesters were not AK Party supporters in the first place. The uprising consisted largely of BDP supporters.

Looking at the situation today, the protests that took place resulted in the opposite aim of why they mobilized. In fact, the uprising of Gezi protesters only made the AK Party platform stronger and more unified against criticism and verbal attacks. Even more so, we have seen people from the National View (Milli Görüş) and other religious groups stand closer with the AK Party in support of Erdoğan. In the upcoming elections, the Gezi protests are not going to have a negative affect on the AK Party because they were not supporters of Erdoğan in the first place.

It is important to note that the local elections will be centered around the theme of garnering majority of votes for the AK Party. As a result, those in opposition who chose to side with the parallel state and its autonomous network will only be left marginalized once again after the AK Party wins majority of the votes.