New policies before the time runs out 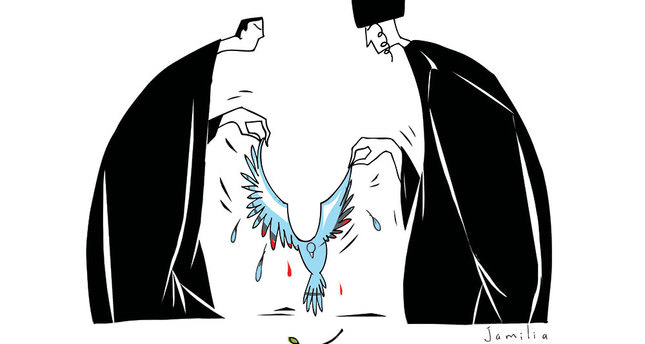 Time is running out was a comment made by U.S. President Barack Obama last week with regards to the ever-failing peace negotiations between Palestine and Israel reflects a wider conundrum in which Israel today finds itself. The peace process hit a wall for one last time and it is highly unlikely that U.S. efforts will revive it. The U.S. seemed to aim to restart the peace process as an answer to the Israeli fear in the middle of uprisings in the Arab world. However, it has failed to understand the domestic dynamics and developments in Israel, where the idea of a peace process has never been so far away.

It is true that Israel unites in the face of external threats and manages a coherent response against its security concerns.

However, domestically two opposing groups in the Israeli society are on the rise and a confrontation is looming. The ultra-Orthodox and the ultra-nationalists have both grown in significance and influence over social fabric and politics in Israel over the last decade, and their clashing views on the future of Israel are starting to show.

One of the only commonalities between these sides is the refusal to accept a Palestinian state.

The last parliamentary elections in 2013 resulted in an unexpected change in Israeli politics. For the first time in decades, the small ultra-Orthodox parties were no longer the kingmakers and left out of the coalition. Instead, the ultra-nationalists joined in and gained significant impact over domestic policies, threatening the rights of the ultra-Orthodox Jews.

The ultra-Orthodox Jews have always been exempt from the compulsory military service due to their full commitment to studying Torah, a right granted by the founder of modern Israel, David Ben-Gurion in the fourth article of the Status Quo in 1947. In 2012, the Tal law enacting this exemption was deemed unconstitutional and lifted, paving the way for ultra-Orthodox enlistment.

The exemption, however, continued in practice until last week, when the parliament passed a new law forcing the ultra-Orthodox to enlist or to face imprisonment. The reaction of the ultra-Orthodox was fury, with hundreds of thousands protesting in Jerusalem.

This is actually the heart of the problem. When the exemption was first provided, only a couple of hundred Israelis were affected. Today, tens of thousands of Jewish youth are exempt and the rest of the society does not want this special treatment to continue for such a large portion of the population. The same attitude is also prevalent with regards to the lack of contribution to the work force by the ultra-Orthodox men, who do not work but devote themselves to the study of the Torah and depend on state benefits to support their families. With the fastest population growth rate of five percent, as opposed to 1.8 percent for Israel as a whole, the ultra-Orthodox are seen as a burden on the rest of the society, with their relationship with those outside their community becoming increasingly troubled. The news of ultra-Orthodox men harassing women and girls due to their perceived lack of modesty has become common in the news, creating outrage among the population. And the marginal groups within the community have reportedly harmed Israeli monuments as the state itself is regarded illegitimate, along with its symbols.

Along with the law drafting ultra-Orthodox to the military, another blow was dealt by parliament when the government raised the electoral threshold to 3.25 percent from two percent, thereby endangering ultra-Orthodox representation in parliament. Many of the ultra-Orthodox communities tend to avoid politics in general and some marginal communities even refuse to accept the existence of an Israeli state. Therefore, in an atmosphere in which they can no longer represent their views, it is clear to assume that the pressure on the ultra-Orthodox Jews to integrate with the rest of the Israeli society will continue to rise.

The rival ultra-nationalists embody the pressure on the ultra-Orthodox Jews. Ultra-nationalists are the new rising power in Israel, with their relentless occupation of Palestinian lands and illegal settlements. Any settlement beyond the borders of Israel set in 1967 is deemed illegal by the international law. This is yet to stop the group's expansion as the state of Israel provides immunity, as well as full security and logistical support. Although illegal settlements are regarded as the main obstacle to peace with Palestinians, the latest from the Israel Central Bureau of Statistics indicated that the number of Israeli settlements in the West Bank more than doubled during 2013. What is more, the two rising stars of Israeli politics, Naftali Bennet and Yair Lapid, have been the most ardent supporters of the illegal settlements and are both now in the coalition.

Bennet's party, the Jewish Home Party, identifies itself as a settlers' party and promotes settlements across Palestinian lands in its party principles.

Those who identify themselves as secular also share their resentment against the ultra-Orthodox. Making up half of the population today, the secular Israelis usually live in urban areas like Tel Aviv, away from the enclosed ultra-Orthodox communities and the illegal settlements in east Jerusalem and the West Bank. Their main concern is the economy, in which the lack of contribution from the ultra-Orthodox Jews as well as the group receiving benefits is seen as a major threat. Another major threat to the future of Israel is the fact that this portion of the population gets increasingly marginalized in the polarized politics of both extremes. The latest reports show the immigration to and from Israel has reached a balance and it is the young and educated Israelis who are immigrating to Europe or the U.S., where they seek a more affordable life with more opportunities. And with population growth being the lowest among secular Jews, this development constitutes to the pattern of a future Israel with the ultra-Orthodox using its population as leverage, alongside unrelenting ultra-nationalist settler communities pushing forward into Palestinian lands.

Israeli domestic politics always played an important part when it came to the question of Palestine and the peace process. Never before, however, has it been this polarized and detrimental to both Israel and the negotiations regarding Palestine. It is, therefore, a responsibility for the U.S., as well as the rest of the international community, to assess and comprehend the future direction of Israel and develop new policies accordingly before the time actually runs out irreversibly.