Neoliberal Patrons and the Survival of Politics 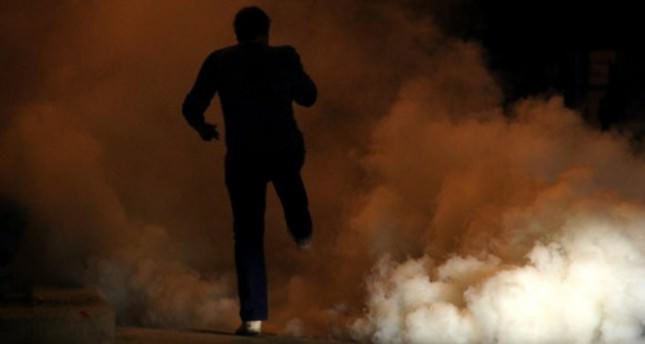 by Ömer Aslan Mar 21, 2014 12:00 am
Despite the financial crisis, the release of classified information by Wikileaks, the NSA scandal, and the decadence of American politics and economy, how come Americans are not out on the streets to demand the fall of their government? Pro-Western Ukrainians occupied the Maidan in Ukraine, Gezi Park protesters blocked roads and clashed with police in Turkey to put pressure on Prime Minister Recep Tayyip Erdoğan and Egyptians re-occupied Tahrir Square to bring down their first freely elected president. The reason may be that politics is depoliticized in "the West." Americans would rather come home from work, get a glass of wine and watch "House of Cards," an on-screen manifestation of the rotten system, whereas different groups in countries such as Turkey, Egypt and Ukraine continue having different political visions for their countries.

Once upon a time, Sheldon Wolin wrote that there were "impractical dreamers" of new paradigms and challengers of orthodoxy in the West too. Today, however, utopias are dead, no political party can think of another world and no politician dares articulate alternative models to the holy alliance of capitalism and liberal democracy. As Cornelius Castoriadis says, ''change of governments - of 'political camps' is even- is no watershed; a ripple at most on the surface of a stream flowing unstoppably, monotonously…'' If so, Zygmunt Bauman adds, ''why bother with politicians, who, whatever their hue, can promise nothing but more of the same?'' The audacious politician who seeks to challenge the establishment and create a "new America" remains only in movies. Socialism has been out of the question for a long time. As Terry Eagleton argues, "whole ways of life are wiped out almost overnight… Human identities are shucked off, reshuffled… and flamboyantly paraded along the catwalks of social life. In the midst of this perpetual agitation, one sound middle-aged reason for being a socialist is to take a breather.'' There are, however, small patches of land where politics is still politicized and different groups enforce radically different programs. Ukraine is divided between "pro-EU" Ukrainians professing Western values and their "pro-Russia" opponents.

Divisions in Turkey roughly run across "individualist westernists" versus Islamists/conservatives who yearn for past Ottoman grandeur as part of their vision of "a new Turkey." Egypt too is divided between secularists and the Ikhwan.

The Paradox of Politicized Politics

While such a state of dividedness shows that politics still has a pulse in these places, it opens them up to foreign patronage of domestic westernists. Regardless of the Turkish government's view that it is time to close the 20th century "parenthesis," there is a human legacy of that century to be grappled with.

The Republic's founders had set the country on a western course as a generation of devoted but sometimes suspicious westernists bloomed over decades.

Since the Cold War's end, a so-called Y-generation of "postmodern westernists," began to accept liberal or deliberative democracy and Western conceptions of basically everything as legitimate. The West is all too willing to be the patron of these groups.

This is why James Traub recently suggested that the U.S. should not worry about Ukraine's fate because the future belongs to liberal democracies. It is also why Anne Marie Slaughter wrote after the July 3 coup that ''political Islam is the Marxism of our time'.' The same show ran in Turkey during the Gezi Park protests when insiders and outsiders called for deliberative democracy. The following conclusions can be made from the above:

- There is a global paradox. In order for politics to remain political, politics must not only allow discussion of postmodern and liberal notions but also permit their representation by political parties and their enforcement by an elected government.

- When politics is politicized "polarization" in a society is inescapable. What matters is the degree of such polarizations and whether or not they are managed well.

- Hence, any popular government that is up to replace neoliberal notions with other, equally valid ones must accumulate enough social, political and intellectual means at home and abroad to manage domestic polarizations. The principal weakness of governments such as the AK Party is that they are intellectually not up to such a challenge as they fail to voice the legitimacy of having and enforcing different formulations of democracy, alternative notions of rights and freedoms.

- Outside patronage of "individualist westernists" is an ongoing reality but patrons prefer sustained civilian protests and uprisings that paralyze a country to soldiers and military interventions.